And the addictive fun of the ‘Cocaine & Rhinestones’ podcast. 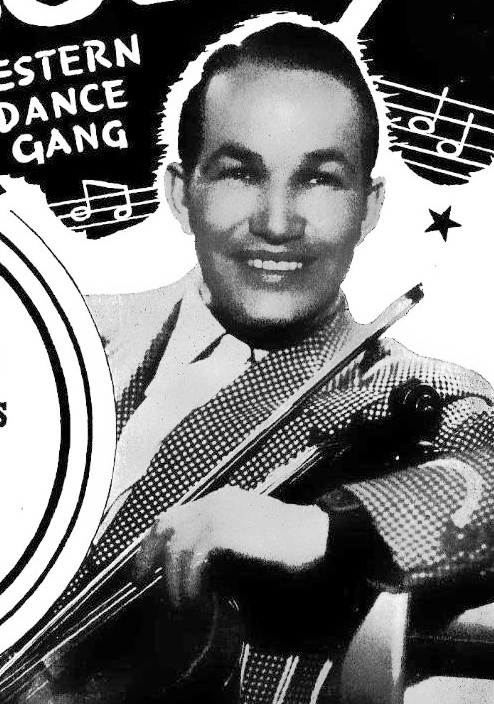 “Cocaine & Rhinestones: The History of Country Music” is a good place to start if you think you don’t like podcasts or country music. I’ve listened to three long-ish episodes and I’m sold. I’ve learned more about Spade Cooley, Rusty & Doug and Bobby Gentry than I ever expected to or thought I’d even care about.

The first episode I listened to, about Spade Cooley (his real name), was terrifying. He was as grim and heartless a killer as any you’d encounter on any murder mystery podcast. He also happened to be a great country swing fiddler and bandleader in the late 40’s and early 50’s — so popular he gave Bob Wills a run for his money. Frank Sinatra came on his weekly TV show in L.A. when he needed to reboot his flagging career.

This very nasty alcoholic wound up killing his wife in a manner that’s not easy to listen to. It was so intense I had to hit pause last fall on a solo drive to Viroqua. The fast talking host, Tyler Mahan Coe, who is the son of outlaw country singer David Allen Coe, seemed to be breaking all records for talking fast and my nerves were getting frayed. When I got back home, my wife pointed out I had accidentally bumped a setting on my phone that made it play 1½ times faster. After that small snafu I went back and finished the episode. I’m glad to report he is much easier to take at normal speed.

Cooley was convicted of murder and sentenced to life in prison. He then found Jesus, who helped him become a model prisoner, and was pardoned by none other than the governor of California, Ronald Reagan. That’s just one of the little factoids from an episode chock full of them. Had Cooley not been Satan incarnate, you might be able to listen and enjoy his very accomplished band. But I know I’ll never be able to separate the fiend from the artist.

Next I listened to a great piece on the Cajun duo Rusty & Doug Kershaw. Doug wrote one of the most covered songs ever, “Louisiana Man.” That tune is an absolute romper-stomper with an avalanche of words flying by at warp speed while he adds some of his first-rate fiddle playing. The song celebrates his dirt poor family and how they made do while living on a houseboat on the bayou. For Doug it was an announcement to the world at large that he was proud of his Cajun roots. It’s one of the most rockin’ things ever created.

The Kershaw brothers were child prodigies who began recording in their teen years — by then they were veterans of roadhouses and honky tonks, including one called The Bucket of Blood, where Doug first played with his mother. By the time they signed to Hickory Records their music was full grown — even though they weren’t. They sang the kind of close sibling harmony associated with the Everly Brothers and Louvin Brothers, before either of those acts broke. Coe uses an old term, blood harmony, to describe the sound of the brothers flying in tandem. It’s a wonder to behold. The Kershaw’s long, winding story eventually ends up in mid 70’s L.A. with Rusty slithering like the maniac he was across the studio floor during the cocaine-fueled sessions for Neil Young’s album On The Beach.

By the third dip into Cocaine & Rhinestones, I was convinced Tyler Mahan Coe is one of the better story tellers working today. It also sold me on something I resisted till now — the undeniable artistry of Bobby Gentry. Her zillion seller, “Ode To Billy Joe,” had gotten under my skin in the wrong way when I first heard it and I never gave this unique artist her due. Listening to it now, especially in the context of the story related in the podcast, I realize she’s much better than I remembered. A subtle, soulful singer, she has natural honey in her voice, and the microphone just loves her. The consistent spark of originality and mischief I heard all through the podcast told me she was unafraid of experimenting with her career. She may, as Coe seems to think, have moved too quickly from one style to another. This is cool if you’re David Bowie or Madonna, but somehow not for Ms. Gentry.

The podcast documents a lot of sexist treatment directed her way by some less-than-enlightened music industry producers and moguls. It was the 1960’s and things were very different. The Mad Men levels of misogyny directed at her must have been a trial. People I respect claim she couldn’t have written “Ode To Billy Joe” because, you know, good looking girls don’t come up with things like that. Listen to this podcast and you’ll be convinced, as I was, the song was hers. After her first big splash, Gentry did six follow-up albums that didn’t sell. They should have. She left her label and headed to Las Vegas where she rubbed elbows with Elvis and laughed all the way to the bank.

I’ll be listening to more “Cocaine & Rhinestones” in the future. Coe does more digging than your average private eye and has now been given the keys to the archives of the Country Music Hall Of Fame. Nashville, which likes to present itself as headquarters for normal America, is chock full of stories that don’t exactly back that up. Tyler Mayhan Coe, would be a good candidate if there’s ever a sequel to the recent Ken Burns’ doc, Country Music. Give Coe a listen, but be warned — when you enter into the world of cocaine and rhinestones, you may not be able to find your way out.