By Robin Bravender, Wisconsin Examiner - Jan 10th, 2020 01:54 pm
Get a daily rundown of the top stories on Urban Milwaukee 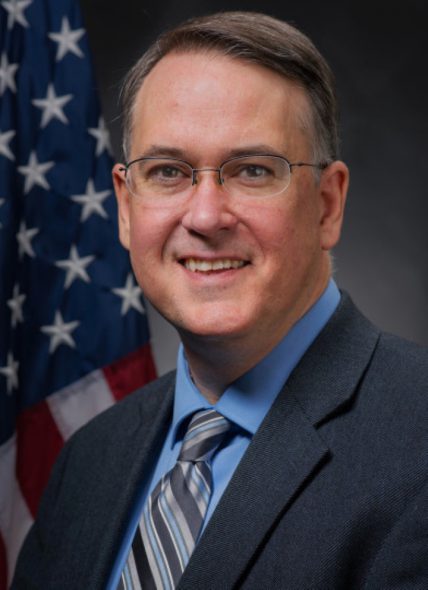 Kurt Thiede. Photo from the EPA.

A former senior Wisconsin environmental official who served under Gov. Scott Walker has been elevated to a top job in the Trump administration.

Kurt Thiede, who was deputy secretary of the Wisconsin Department of Natural Resources from 2015 to 2017, has taken the reins of the U.S. Environmental Protection Agency’s Great Lakes regional office based in Chicago. The post is charged with overseeing environmental protection efforts in Minnesota, Wisconsin, Illinois, Michigan, Indiana, and Ohio.

Thiede will take the post later this month after another Walker administration official, former Wisconsin DNR Secretary Cathy Stepp, announced her resignation as EPA’s regional administrator to pursue a job in Missouri. Thiede has been Stepp’s chief of staff at EPA, since early 2018.

“I look forward to helping to continue to advance this administration’s priorities of protecting public health and the environment, while promoting a strong and vibrant economy,” Thiede said Wednesday in a statement released by EPA.

But some former Wisconsin environmental officials and EPA employees are wary of Thiede’s new role due to his record in the Walker administration and as a Trump official.

Thiede, a longtime career staffer at DNR, was appointed by Walker to be deputy secretary in 2015.

“He has the training and experience needed to help preserve and maintain Wisconsin’s natural resources and will be instrumental in our continued work to make state government more efficient, effective, and accountable,” Walker said in a statement at the time.

There, Thiede worked closely with Stepp, a former Republican state senator who came under fire for her tenure at DNR as environmental enforcement declined and as Walker moved to roll back environmental protections.

“During the Walker-Stepp-Thiede-Rassmussen years,” Jim Rowen, a longtime political observer and activist on environmental and development issues in Milwaukee wrote in Urban Milwaukee, “the number of polluted streams had doubled while state groundwater was alternately gifted to special interests or allowed to contaminate rural wells, kitchen taps and even baby formula.

Rowen cited the case of a young mother in Wisconsin Rapids whose infant died after drinking formula made with contaminated tap water. The DNR under Walker cut back the budget for monitoring safe drinking water and eschewed regulations that would have protected drinking water from manure runoff from large farms, instead proposing voluntarily recommendations.

“I don’t think Thiede was a cookie-cutter, anti-regulation ideologue, as was Stepp” Rowen said. “But those are the very people Trump has installed intentionally atop the EPA, Interior and other bureaucracies.”

“It’s to be seen if Thiede would be permitted to be more independent-minded,” Rowen added. “I’m not optimistic, since Walker and Trump have no use for grassroots champions or environmental preservationists. This is obviously regrettable, because now Thiede will oversee the Great Lakes watershed, where CAFOs, mining operations, smog generation and enabled climate change are sure to worsen under Trump’s regime.”

Stepp and Thiede worked as a team, said George Meyer, executive director of the Wisconsin Wildlife Federation and former DNR secretary from 1993 until 2001.

“I think most conservation and environmental organizations would say they had a less-than-stellar record in terms of management of natural resources,” Meyer said.

Meyer said they failed to take significant action to prevent the spread of chronic wasting disease in Wisconsin’s deer herd, “reduced substantially the amount of science that was applied” at the department and supported weaker state standards for air and water pollution.

After they went to work for the Trump administration, Meyer said, Thiede and Stepp “have shown no independence from the major reduction in environmental protection that has been advanced by the current administration.”

EPA’s 10 regional administrator posts, which aren’t subject to U.S. Senate confirmation like some other senior roles, have historically been coveted jobs for up-and-coming politicians. The jobs involve coordinating between the federal government and state officials, and state lawmakers often attempt to influence presidential administrations to pick their favored candidates.

“Americans expect to be able to trust the experienced career professionals at the Environmental Protection Agency to use sound science in protecting our environment and conserving natural resources. As a natural resource professional himself, we are confident that Mr. Thiede has the skills needed to elevate and restore the role for good science in the EPA.”

Scott Hassett, who served as DNR secretary under Gov. Jim Doyle (D) overlapped with Thiede at the department, where Thiede had “a very good reputation,” Hassett told the Examiner this week in an interview. “He struck me as quite apolitical. He was a worker bee type.”

But Hassett described the DNR under the Walker administration as a “real parade of horribles,” and said Thiede was certainly involved in implementing that agenda as deputy secretary.

Hassett sees parallels between the DNR under Walker and the EPA under Trump, where officials have rolled back environmental rules and downsized the workforce.

“Everything that was happening in Wisconsin very closely resembled what happened later on when Trump came in,” Hassett said.

Thiede, Hassett added, is an easy person to talk to and someone who will keep an open mind. “But his hands may be very much tied in terms of trying to take any actions on his own. He’s going to be under a pretty tight leash from EPA in D.C.”

Nicole Cantello, president of the American Federation of Government Employees Local 704, which represents EPA employees in the Region 5 office, isn’t expecting to see much of a difference between Stepp and Thiede.

Like Stepp, Thiede is “a foot soldier for Trump in the deconstruction of EPA,” she said. “Everybody thinks it’s going to be an identical atmosphere.”