By Corri Hess, Wisconsin Public Radio - Jan 7th, 2020 11:13 am
Get a daily rundown of the top stories on Urban Milwaukee 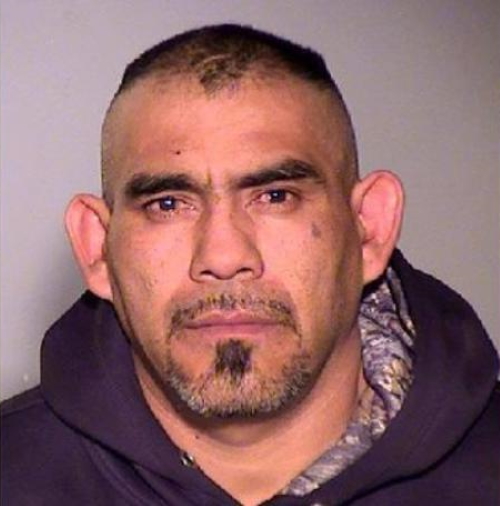 Milwaukee Police are searching for a La Crosse man in connection to a fatal crash on Christmas Eve that killed a Milwaukee woman who was walking her dogs.

Manuel Salazar-Gutierrez, 45, has been charged in Milwaukee County Circuit Court with second-degree reckless homicide and hit-and-run.

Around 8:15 p.m. on Dec. 24, Milwaukee Police responded to a call in the city’s Bay View neighborhood of a pedestrian hit by a vehicle. When they arrived, they found Jamie “James” Hanson, 36, in grave condition, according to the criminal complaint.

The Milwaukee County medical examiner pronounced Hanson dead at the scene. Hanson had two dogs with her. One of the dogs was dead, the other was injured.

Videos from a nearby business showed a Jeep SUV traveling at a high rate of speed go up onto the sidewalk for the length of two houses, striking Hanson and knocking over a light pole, according to the complaint. The Jeep then dragged the light pole about 60-feet while re-entering the roadway and leaving the scene without stopping or slowing down, according to the complaint.

A witness also told police they saw a Jeep pull over and a man — fitting Salazar-Gutierrez’s description — got out and adjusted the ladder on top of the vehicle. After the man got back into the vehicle, he reportedly drove south at a high rate of speed, traveling on the wrong side of the road, according to the complaint.

Police later spoke to Salazar-Gutierrez’s employer, who identified the SUV as the suspect’s. The SUV was found abandoned in an alley Dec. 26, according to police.

The Jeep had damage consistent with the accident.

Salazar-Gutierrez is described as Hispanic, 5 feet, 8 inches tall, and 200 pounds. He has several tattoos including “Zacateca” across his abdomen.

Hanson’s death is one of several Milwaukee County vehicle fatalities in 2019.

According to the Milwaukee County Medical Examiner’s Office, 75 people were killed in the county last year from a motor vehicle accident. While the office doesn’t track reckless driving, several of the deaths recorded resulted after vehicles struck poles, trees or other vehicles going at high rates of speed.

There were nearly a dozen pedestrians struck and killed by vehicles, according to the office.

In October, two sisters, ages 4 and 6, were killed by a reckless driver. Their 10-year-old cousin was also injured.

For nearly a year, the Milwaukee City-County Carjacking and Reckless Driving Taskforce has been looking at ways to handle reckless driving.

Zielinski said he is hopeful Salazar-Gutierrez will be caught.

“The whole key to something like this is persistence,” he said. “This has to stay on our radar screen until we bring this individual to justice.”