The Twisted Legacy of Neil Innes

We’ve lost the man who wrote many Monty Python songs and helped create The Rutles. 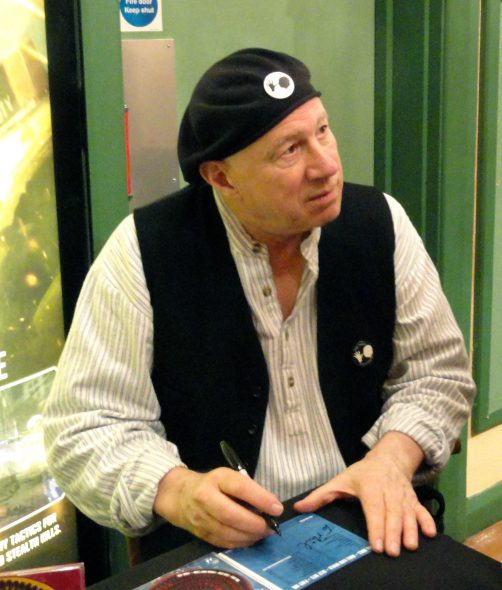 British humor, even with much of it sailing over our heads, is a thing of beauty. It can be dry as your favorite martini, and still somehow broad and ridiculous. That makes it hard to define; is it the pet shop bit where Michael Palin of Monty Python argues that a parrot he sold some hapless customer is not dead? Or is it multiple Pythons in drag re-enacting the Battle of Pearl Harbor by rolling around in the mud? In both there is an unshakeable commitment to the most absurd premises and a willingness to make a total ass of yourself in the service of comedy. When Neil Innes, who died of a heart attack last week in France, was scooped up by this group of anarchists they must have recognized a kindred spirit, not to mention a brilliant songwriter.

Before that association, Innes had co-founded The Bonzo Dog Band, a group that came as close as any to the kind of surreal mayhem the Python troupe was known for. The Bonzos started with traditional jazz, then added silly props, surreal costumes and an appetite for mayhem, to make some unforgettable records and videos. Innes wrote some of their best material, including their only hit, “I’m The Urban Spaceman,”  This video is a master class in deadpan delivery.

Later, Innes teamed up with Python Eric Idle on a show called “Rutland Weekend Television,” which gave birth to one of the original mockumentaries, “The Rutles.” Innes, who played the John Lennon character Ron Nasty, wrote perfect faux Beatles tunes for it. He was so good at channeling them he wound up being sued by Northern Songs, who owned the publishing rights to The Beatles’ catalog. (He won and avoided songwriter’s jail.) He borrowed Lennon’s snide nasal voice for this psychedelic masterpiece,  “Cheese And Onions,”  which conjures up “I Am The Walrus” (musically) and “Yellow Submarine,” (visually).

It was on that show, in one of my favorite performances ever, that Innes took on Bob Dylan. “Protest Song” is a catalog of Dylanisims, from jarring harmonica to trippy poetry. Don’t say you weren’t warned — his character, Raymond Scum, makes it perfectly clear it will be no picnic when he announces, “I’ve suffered for my music and now it’s your turn.”

All the prophets of doom
Can always find room
In a world full of worry and fear
Tip cigarettes
And chemistry sets
And Rudolph, the Red-Nosed Reindeer
So I’m goin’ back
To my little ol’ shack
And drink me a bottle of wine
That was mis en bouteille
Before my birthday
And have me a ******’ good time

Let me turn you on
To the chromium swan
On the nose of a long limousine
Even hired for the day
It is somethin’ to say
But what the hell does it mean?
I may be accused
Of bein’ confused
But I’m average weight for my height
My phil-o-so-phy
Like color TV
Is all there in black and white

RAI ..Rain on a tin roof sounds like a drum
We’re marchin’ for freedom today …hey
Turn on your headlights and sound your horn (honk honk)
If people get in the way

My favorite moment is when he reaches for that high note in the last verse and quickly bails when he realizes the note is not in his range. How he keeps a straight face is a mystery. I wish a few contemporary comics would emulate him. Innes was a good actor and could have been “The Seventh Python,” the honorary title he earned by writing so many of their musical numbers.

There was an inherent sweetness to everything Neil Innes did that comes through strongly in this intimate solo performance of “Something To Say”. Inspired by Brexit and two leaders with bad hair, it’s a plea for sanity and thoughtfulness — a perfect song for the end of the tumultuous tens. Let’s hope it’s less apt for the twenties.