Roggensack decision allows police to use single-person showups rather than multi-person lineups.

By Margo Kirchner, Wisconsin Justice Initiative - Dec 26th, 2019 02:37 pm
Get a daily rundown of the top stories on Urban Milwaukee 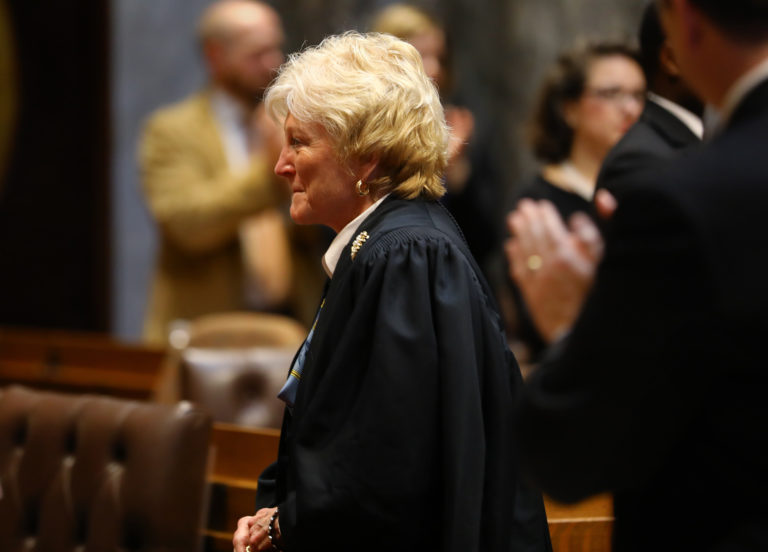 The court ruled that a criminal defendant bears an initial burden of demonstrating that the procedure was impermissibly suggestive.

The court also criticized the use of social science in the law.

Social science, Chief Justice Patience Drake Roggensack wrote for the court, “has been used by courts as an excuse to justify disturbing decisions” such as Plessy v. Ferguson, which upheld racial segregation. At heart, though, she wrote, “[s]ocial science cannot change the original meaning of the Wisconsin Constitution.”

Show-ups have long been controversial. The U.S. Supreme Court, while declining to ban the practice outright, acknowledged in 1967 that “[t]he practice of showing suspects singly to persons for the purpose of identification, and not as part of a lineup, has been widely condemned.”

Since 2005, the Wisconsin Supreme Court had placed an initial burden on the prosecution to establish that the showup was necessary. If the state failed to show necessity, the showup evidence was excluded.

This month’s Roberson case returned Wisconsin to the federal test by overruling Dubose.

Roggensack, in her decision, opined that Dubose was “unsound in principle as it was based on misunderstanding the United States Supreme Court’s decisions in regard to out-of-court identifications and on topical social science.”

In Roberson, Stephan Roberson was charged with first-degree reckless injury for allegedly shooting an individual identified only as C.A.S. over a drug deal gone bad.

C.A.S., who is white, claimed to have met an African-American man known only as “P” at Walmart. P was actually Roberson, who asked C.A.S. to obtain marijuana for him. Over three days, Roberson and C.A.S. twice drove together to get marijuana, with each trip lasting about 30 minutes.

Roberson then asked C.A.S. to sell marijuana for him, and C.A.S. agreed. But soon after, a potential buyer robbed C.A.S. After C.A.S. texted Roberson about the robbery, Roberson picked C.A.S. up in his car and drove to a park, where Roberson pulled a gun and fired a shot past C.A.S’ head. C.A.S. then punched Roberson in the face, and Roberson shot C.A.S. in the leg. Roberson drove C.A.S. to a friend’s residence, where C.A.S. fashioned a tourniquet and then got high.  Roberson and C.A.S. were together for 90 minutes to two hours.

C.A.S. did not report the incident to law enforcement because he had an outstanding warrant. However, Investigator Nathan Reblin heard about C.A.S.’s injury, and a confidential citizen witness later gave Reblin a cell phone that C.A.S. and P had used to communicate. Reblin noted the phone number for P and searched for it on Facebook, finding a profile for Roberson.

About two weeks after the shooting, Reblin and his partner interviewed C.A.S., in jail on a probation hold. Reblin asked C.A.S. if he could identify P from a photograph. C.A.S. shook his hand in a gesture indicating uncertainty and responded: “Possibly, I mean, I don’t know black people kinda.”

Brazeau continued: “The process is shaky, and the victim making the identification is likewise shaky.”

After overturning Dubose, the court applied the federal test. Roggensack first assumed that Roberson satisfactorily established an impermissibly suggestive showup, though she noted that officers did not ask C.A.S. if he could identify Roberson as the man in the photo until after C.A.S. nodded his head, which tempered any suggestiveness.

However, the court found the showup reliable under the totality of the circumstances because C.A.S. had over 2½ hours in total to view Roberson, was not impaired at those times, appeared to have paid attention as he established an ongoing business relationship with Roberson, and was certain immediately upon seeing the photo that the person was Roberson.

C.A.S.’ comment and gesture about identifying blacks did impact admissibility, but could be introduced at trial for the jury to consider. According to the court, because the showup was video recorded, the jury will be able to see and hear C.A.S.’ gesture and comment as well as “the certainty on C.A.S.’ face when he is shown the Facebook photo.”

In a concurring opinion, Justices Rebecca Grassl Bradley and Daniel Kelly reiterated the virtues of originalism and denounced social science as a basis for textual interpretation: “Ascertaining and faithfully applying the original meaning of the Constitution’s words precludes appalling social science-based notions of the day from infecting constitutional analysis.”

Justice Brian Hagedorn, too, echoed originalist principles in a separate concurrence: “Dubose was an effort to constitutionalize the policy choices of the court’s majority without any real effort to ground those choices in the original public meaning of the constitutional text.”

However, while opining that social science should not impact constitutional protections, he recognized the proper use of social science in fact-finding, such as in vigorous cross-examination regarding showup evidence and admission of expert testimony regarding the accuracy of eyewitness identifications.

As for the court’s overturning of precedent, Hagedorn said that although the court should generally defer toward prior case law, “predictability and stability are not served by clinging to the creative, atextual judicial inventions of yesteryear. . . . Dubose was an outlier and a reflection of judicial policy-making, not faithful constitutional interpretation. Today the court rights the ship.”

According to Dallet, overturning precedent requires an extraordinary showing, but here “the real reason” for Dubose’s demise was simply the change in the composition of the court.

​She then discussed the court’s history of refusing to be bound by the minimum protections of the federal constitution and noted the dangers in “shirk[ing] this court’s solemn responsibility to interpret the Wisconsin Constitution” separately from the federal one.

Dallet also panned the majority’s rejection of social science, especially as the U.S. Supreme Court has relied on social science research to overturn criminalization of same-sex intimate conduct, imposition of the death penalty on the mentally ill and juveniles, and separate-but-equal education.

​The Dubose court was right to find the research on eyewitness identification unreliability impossible to ignore, she said.

She further noted the crucial impact of Dubose on development of statewide policies to reduce the frequency of mistaken eyewitness identifications.

The “majority and concurring opinions condone the return to inherently unreliable and suggestive identification procedures like the showup, and thus increase the risk of wrongful convictions caused by mistaken eyewitness identification,” she wrote.

In addition, she noted the Wisconsin Department of Justice’s Model Policy and Procedure for Eyewitness Identification and its recommendation that law enforcement “conduct double-blind, sequential photo arrays and lineups with non-suspect fillers chosen to minimize suggestiveness.”

Margo Kirchner writes for a blog for Wisconsin Justice Initiative, whose mission is “To improve the quality of justice in Wisconsin by educating the public about legal issues and encouraging civic engagement in and debate about the judicial system and its operation.