Foxconn offers statement with no mention of changing contract.

By Shawn Johnson, Wisconsin Public Radio - Dec 20th, 2019 10:16 am
Get a daily rundown of the top stories on Urban Milwaukee 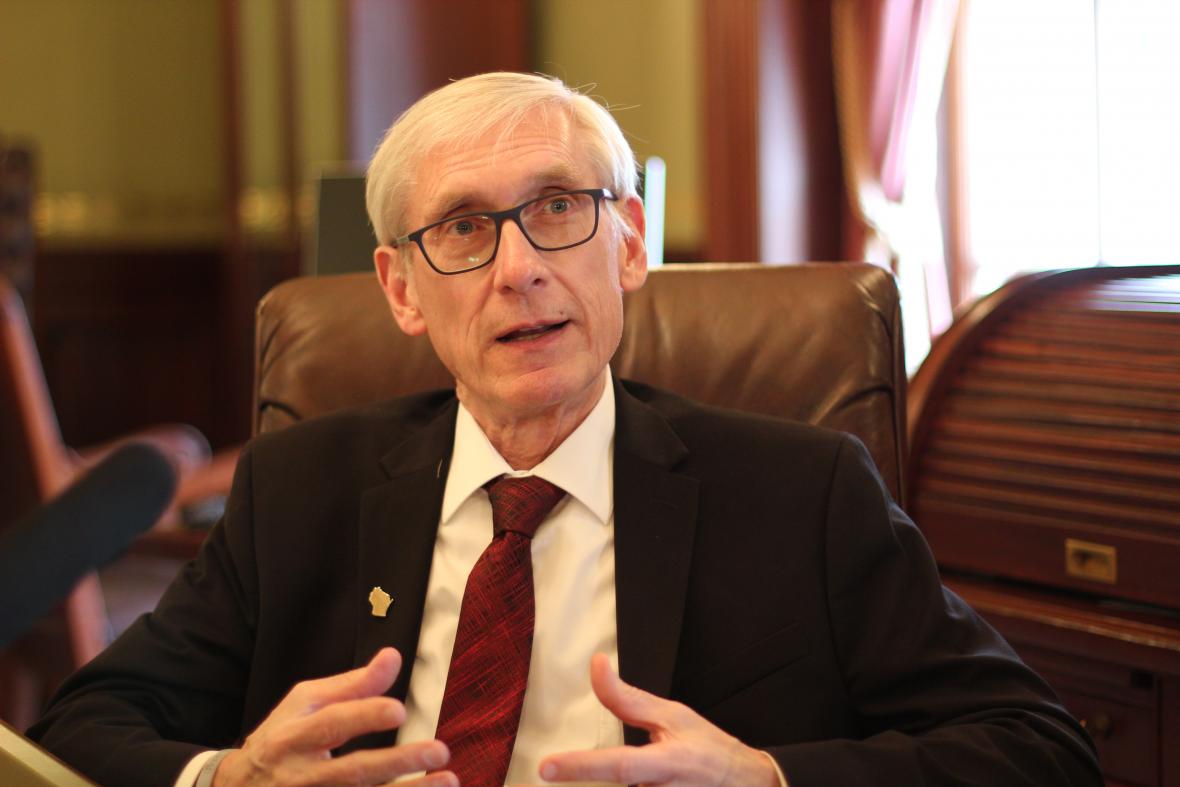 Democratic Gov. Tony Evers said Thursday he thinks the state of Wisconsin and Foxconn will renegotiate their contract because the company is no longer building the product they promised when they agreed to the deal.

Also on Thursday, the company confirmed that it is in talks with the state, though it didn’t specify what kind of changes it was discussing.

Foxconn’s original agreement, which was approved by former Republican Gov. Scott Walker and GOP state lawmakers, would pay the company up to $2.85 billion by 2032 through a combination of job and capital investment tax credits.

The original deal called for the company to build what’s known as a Generation 10.5 liquid crystal display plant, meaning it would have built some of the largest, most technologically-advanced screens in the world. When the deal was pitched to the Legislature, it called for 22 million square-foot manufacturing campus.

The company has since backed away from those plans and is currently building a 1 million square-foot facility that could eventually build Generation 6 screens, which are smaller.

In a year-end interview from his state Capitol office, Evers said Foxconn’s change of plans meant the two sides needed to change their contract.

“All the terms of that contract are based upon something that’s not happening,” Evers said. “To me, it’s not rational thinking and I think they agreed with me at that point in time that we need to change what it says because what it says is not happening. And so let’s do it. I mean, it’s not rocket science.”

Asked Thursday whether Foxconn was open to changing its contract, a company spokeswoman released a statement suggesting that talks were underway.

“We can confirm that we are in discussions with the state regarding our commitment to bring substantial impact to Wisconsin’s economy, workforce and educational institutions,” said a written statement from Foxconn Technology Group. “Foxconn will continue to comply with the reporting requirements as prescribed in the agreement for employees hired and capital expenditures during the 2019 reporting year.”

While Thursday’s comments from Evers and Foxconn are the clearest signs yet that changes could be in store for the company’s contract, state agencies have been at odds with the company behind the scenes for at least a month.

Letters first made public last week by the technology website The Verge showed that Evers’ Department of Administration was raising issues with the company about its plans to build smaller screens.

Evers pick to lead the Wisconsin Economic Development Corp., Missy Hughes, has said the state is committed to the Foxconn deal, but told the company in a letter dated Nov. 13 that its plans to build smaller screens don’t align with its contract.

Fitzgerald was the most adamant that the company should continue working under its original deal and not negotiate changes with the Evers administration.

“I would hope not,” Fitzgerald said. “You know, they’re kind of hung up on the idea that Foxconn’s not manufacturing the product that they thought they were going to manufacture. I don’t know why the government would be concerned about what the private sector’s doing kind of on their own terms and on their own timeline. I think the state is still protected.”

Vos said discussions about whether Foxconn was building Gen 10.5 or Gen 6 plants amounted to “minutia.”

“I don’t care,” Vos said in an interview. “All I want you to do is employ the people and invest the money that you said. So I hope they weren’t attempting to negotiate a different contract by using some kind of a loophole as to what product they’re making. Because we shouldn’t care.”

Evers was critical of the Foxconn deal as a candidate for governor, but he has since softened his stance, saying it’s in the best interest of the state if the company is successful.

He said Thursday that could still continue even if the company is making a different product under a different contract.

“What they are building is a Generation 6 plant, which is smaller, yet it’s still a million square feet,” the governor said. “And they’re going to be using that plant to manufacture some things whether it’s cell phones or other things. So that’s what we get.”

“But the issue is that the deal was contingent very specifically on what they originally promised,” Evers continued. “So I believe we will at the end of the day sit down and say, OK, what should this deal look like considering that you’re going to be doing something different. I think that’ll happen.”