Though much better at volunteering than giving money.

By Melanie Conklin, Wisconsin Examiner - Dec 5th, 2019 11:57 am
Get a daily rundown of the top stories on Urban Milwaukee 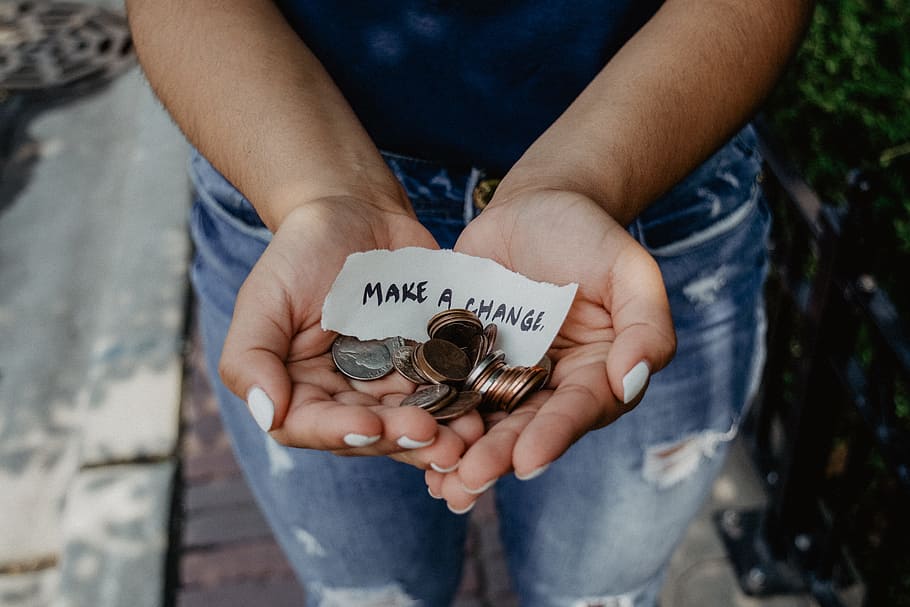 It’s the time of year when people think about charitable contributions to reduce their tax bills, and Giving Tuesday is a fitting follow-up to the consumer-spending spree of Black Friday and Cyber Monday. And souls may be in a generous holiday mood.

So how does Wisconsin stack up among states for charitable giving?

Wisconsin is the 17th most charitable state, according to WalletHub. (The group does its rankings based on data from such sources as the U.S. Census, then has professors and other experts weigh the various factors that are included.)

Wisconsin is “more charitable” than quite a few neighboring Midwestern states, but far behind Minnesota, which ranks number one in the country for charitable giving. (Iowa ranked lowest in the Midwest at 41 and Arizona came in dead last.)

Such rankings always include room for error and generalizations. A look at the 19 factors that went into the rating offer further intel:

Wisconsin also ranks in the bottom 10 states for the percent of our population that collects and distributes clothes and not much better on collecting and distributing food. For the rest of the 19 factors and the methodology, check out the WalletHub data here.

Other comparisons charted by WalletHub — and likely to generate a bit of controversy —  include Blue States vs. Red States on generosity (Wisconsin is Red based on the 2016 presidential outcome they used.)  Spoiler alert: Dem states do better, but there is only a 3% difference. And it graphs the volunteer rates of millennials over a five-year span from 2011 to 2015, during which Wisconsin millennials were in the top volunteer ranks every year.

If the concept of Giving Tuesday (Dec. 3 for 2019) as a follow up to Black Friday, Small Business Saturday and Cyber Monday sounds new to you — that’s because it has not been around that long. Started in 2012, it is a day for encouraging people to do good, according to GivingTuesday.org.

“GivingTuesday is a global generosity movement unleashing the power of people and organizations to transform their communities and the world on December 3, 2019 and every day,” the website explains. “Over the past seven years, this idea has grown into a global movement that inspires hundreds of millions of people to give, collaborate, and celebrate generosity.”

The site also has a directory to help people find places and ways to give back in their local community. It is not just about money — it links to all kinds of organizations that encourage people to give time, talents, goods, spread kindness, advocate for issues important to you or bring community members together to dialogue.

For a decade now, the Charities Aid Foundation — based in the United Kingdom and tied to the CAF bank there that serves nonprofits — has ranked countries based on its measure of generosity in charitable giving.

“In taking a step back and looking at giving trends over 10 years, we have created what we hope will serve as a roadmap to continue to grow giving in all its forms across the globe,” says CAF CEO Sir John Low. “There are areas of concern, but also key moments of hope in parts of the world that have overcome true hardship.”

The results are based on polling done by Gallup around three questions: Have you done any of the following in the past month: Helped a stranger, or someone you didn’t know who needed help? Donated money to a charity? Volunteered your time to an organization? It is a part of Gallup’s World Polling Initiative.

According to this polling, the United States ranks as the most generous country over the past 10 years, according to its World Giving Index. In second place is Myanmar, followed by New Zealand.

And let this warm your heart into generosity: The most common way of giving is to help a stranger and around the globe nearly half of the world population has done so over the 10 years the World Giving Index has been tracking. That adds up to more than 2.5 billion people around our planet helping out a stranger.