1989 law sought to expand our understanding of many native tribes with deep roots in Wisconsin. 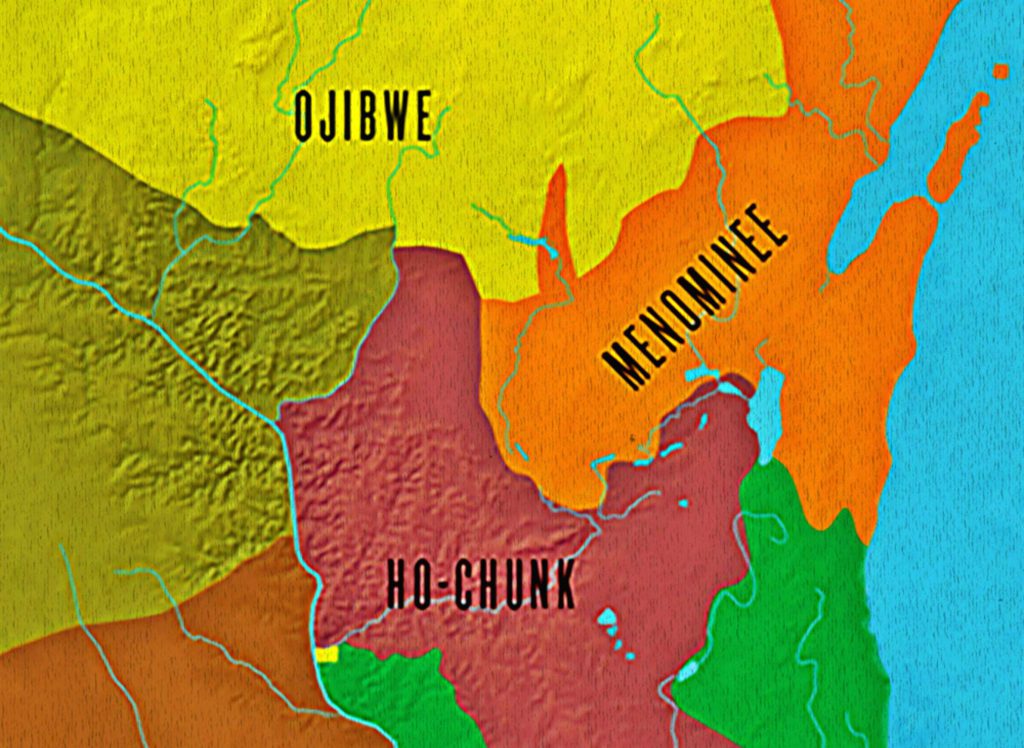 Often called the “Walleye War,” the conflict played out on public boat landings on lakes in the northern part of the state, and drew international attention as white protestors hurled rocks, glass bottles and racist threats at Ojibwe spearfishers. The source of their ire? Federal courts had affirmed the Ojibwe’s right to hunt, fish and gather on the hundreds of thousands of acres within Wisconsin their ancestors had ceded to the United States government in the 19th century.

The 1983 court ruling in Lac Courte Oreilles Band v. Voigt, known as the Voigt Decision, confirmed arguments that state hunting and fishing regulations do not legally apply to Ojibwe tribal members who hold long standing treaty rights to their ancestral lands. In response, some sport anglers, resort owners and others argued the unregulated spearfishing would decimate Wisconsin’s inland fisheries and by extension their hobbies and livelihoods. (It did not.) A couple especially vocal groups organized protests that eventually devolved into the internationally-televised racist violence in 1989.

Many observers blamed the eruption of these protests in part on a general lack of understanding or respect for tribal treaty rights, as well as a long history of racism and cultural subjugation of American Indians, in Wisconsin and elsewhere. 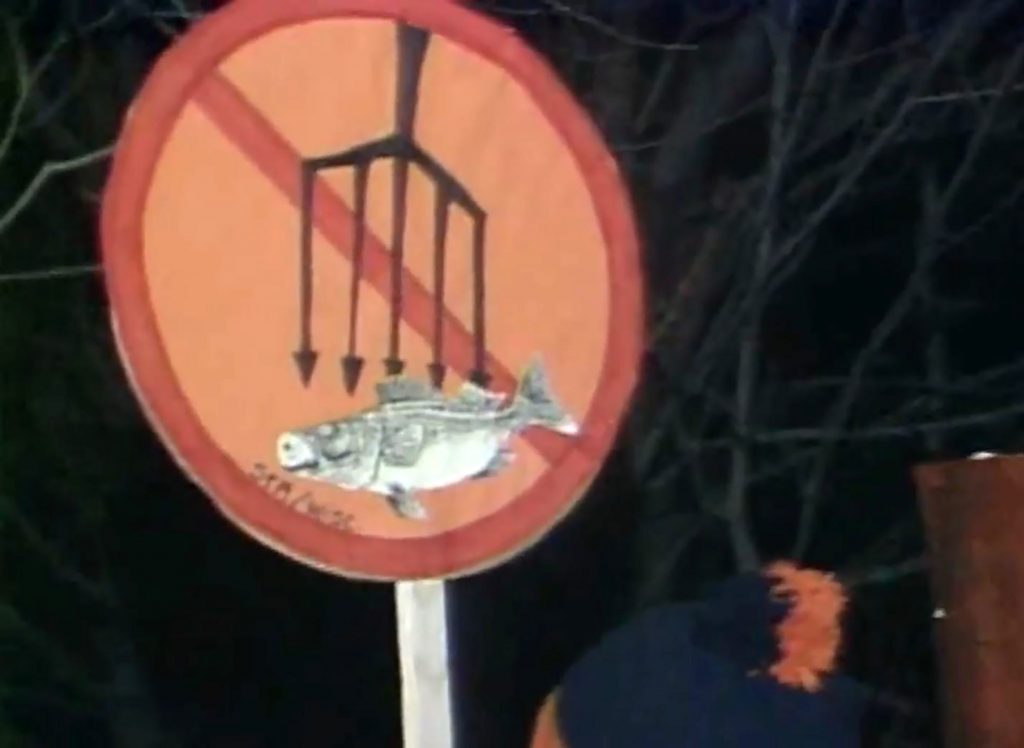 A sign displays opposition to Ojibwe spearfishing treaty rights, as seen at a protest during the “Walleye Wars,” which played out in Wisconsin during the late 1980s and early 1990s. Image from The Ways/PBS Wisconsin Education.

The high-profile nature of the protests and their racist tenor helped propel the Wisconsin Legislature to take what was then an unprecedented step: Mandate specific educational requirements for the state’s schoolchildren, including instruction in elementary and high school about the culture, history and treaty rights of Wisconsin’s 11 federally recognized tribes. The mandate came in the form of five statutes within a 1989 state budget bill known as Act 31.

Since then, the term “Act 31” has become synonymous with American Indian studies in Wisconsin. And though the mandates included in Act 31 became law in Wisconsin during a spike in racial resentment, the events of the 1980s were but one episode in a much longer effort of Wisconsin’s Native peoples to assert treaty rights and stake claim over their cultural history.

J.P. Leary, an associate professor of First Nations studies, history and humanities at the University of Wisconsin-Green Bay, recounts this story in his 2018 book The Story of Act 31: How Native History Came to Wisconsin Classrooms, published by the Wisconsin Historical Society Press. Leary previously served as the American Indian Studies consultant at the Wisconsin Department of Public Instruction from 1996 to 2011. He spoke at an October 2018 event spotlighting his book, recorded for PBS Wisconsin’s University Place.

“Part of the popular story [of Act 31] … is that this was related to the treaty rights controversy of the late 1980s and early 1990s in the state of Wisconsin,” Leary said. “Of course it is. But it’s broader than that.”

This broader story includes not only the Ojibwe and their treaty rights to spearfish and hunt, but all of Wisconsin’s Native American communities, as well as the experiences of First Nations across the Americas. It centers on what Leary referred to as “official knowledge” and how it’s shared between communities and through generations.

“That’s the content and the perspectives that become officially validated by our schools,” he said.

For decades leading up to the early 1990s, the historical perspectives taught in Wisconsin’s schools largely erased the region’s American Indians, Leary said, or mischaracterized them as either honorable allies of European settlers or their treacherous foes. 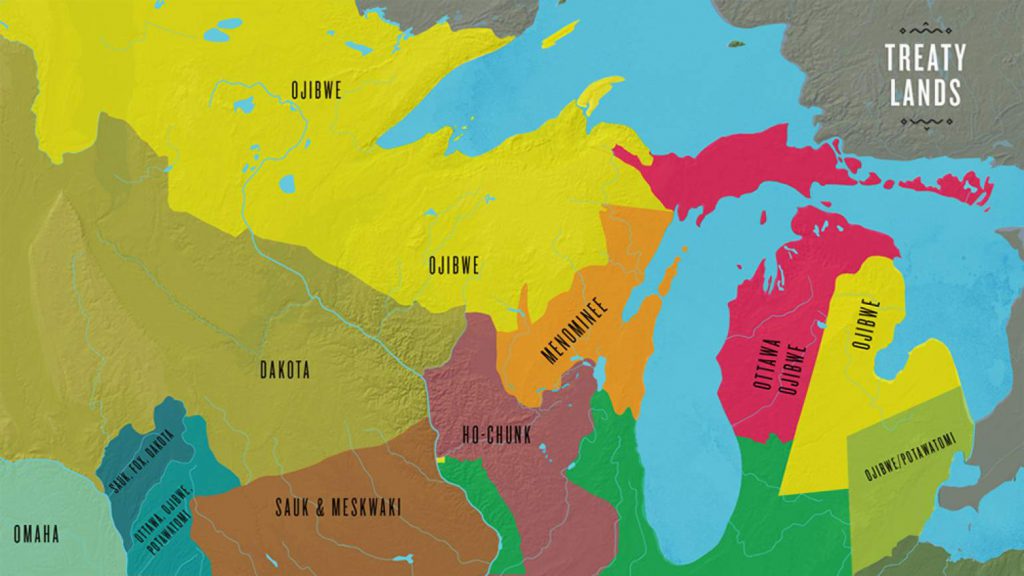 This map highlights the treaty lands of Native American tribal nations in the upper Midwest circa the early 1800s. Image from The Ways/PBS Wisconsin Education.

Criticism of how public schools taught Native history was nothing new in the 1980s, Leary reminded his audience. He shared a story about Elmer Davids, Sr., a member of the Stockbridge-Munsee Band of Mohican Indians who sat on the band’s historical committee and delivered a speech at the American Indian Chicago Conference in 1961. 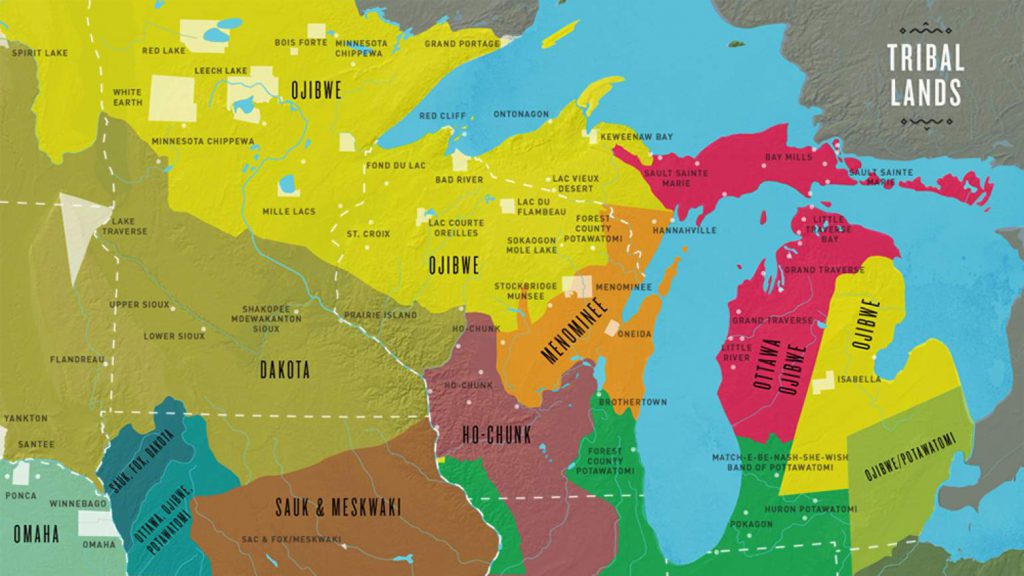 This map highlights the tribal lands held by Native American triable nations in the upper Midwest. Image from The Ways/PBS Wisconsin Education.

“Davids challenged his audience,” according to Leary, “with this pivotal question: ‘Is it fair to the Indian to use the textbooks in our public schools that tend to justify the acts of early settlers and make the poor Indian, resisting in proud self-defense, a culprit and a savage?'” 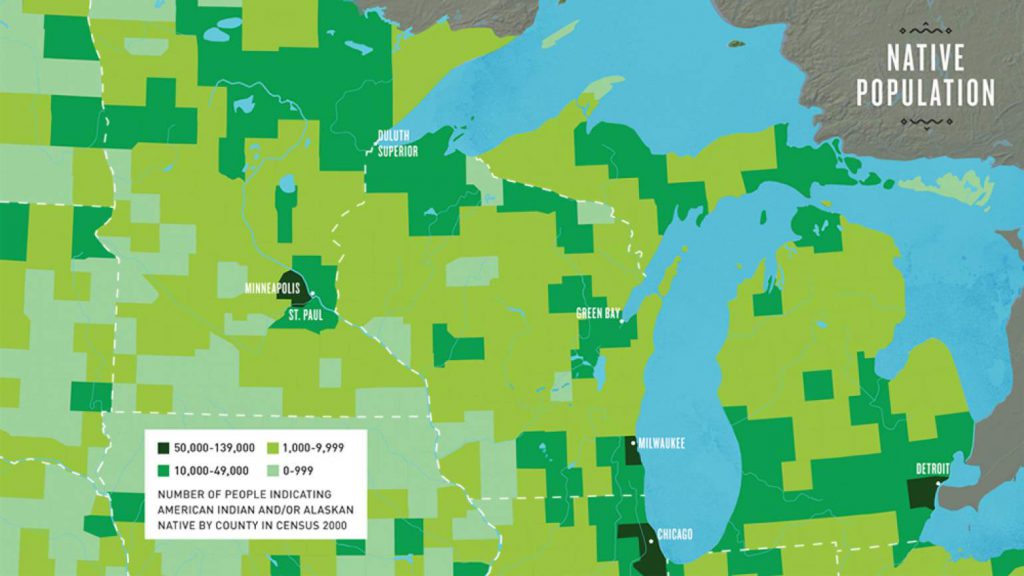 This map highlights Native population by county in the upper Midwest, based on U.S. Census figures from 2000. Image from The Ways/PBS Wisconsin Education.

As an effort to provide new focus on Native history, Act 31 set forth a provision to “include instruction in the history, culture and tribal sovereignty of the federally recognized American Indian tribes and bands located in this state.”

This provision “transformed curriculum policy [in Wisconsin] in unprecedented ways,” Leary said. “‘Include instruction,’ as vague as we might see it now, was incredibly specific — the most specific directive from the state to local school districts.”

While Leary, like many, considers the passage of Act 31 a victory for American Indians in Wisconsin, he said its implementation has been an “ongoing challenge.”

Leary blamed budget and staffing cuts, as well as federal educational policies, for an uneven implementation of Act 31 mandates across the state.

“The law may have provided those eager to offer this instruction with the necessary political power to do so, but there was no viable mechanism to compel instruction where interest was not already present,” Leary said, reading a passage from his book. “Concerns about the adequacy of resources allocated to the Department of Public Instruction to support the requirements arose early and remain a perennial concern to this day.” 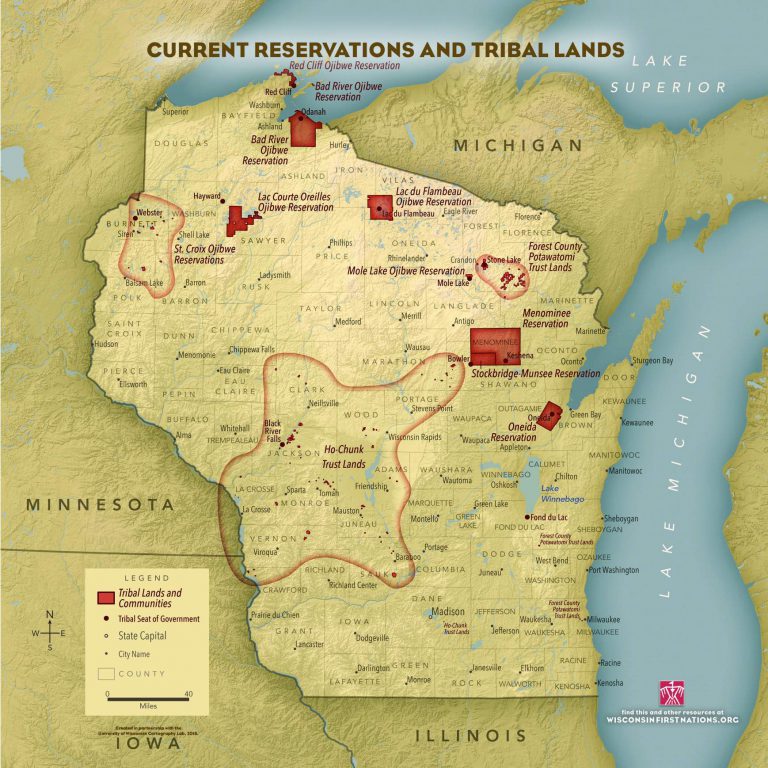 Wisconsin is home to 11 federally-recognized tribes and one tribal nation without federal recognition. Image from Wisconsin First Nations.

Why Wisconsin Schools Teach Native History And Culture was originally published on WisContext which produced the article in a partnership between Wisconsin Public Radio and PBS Wisconsin.