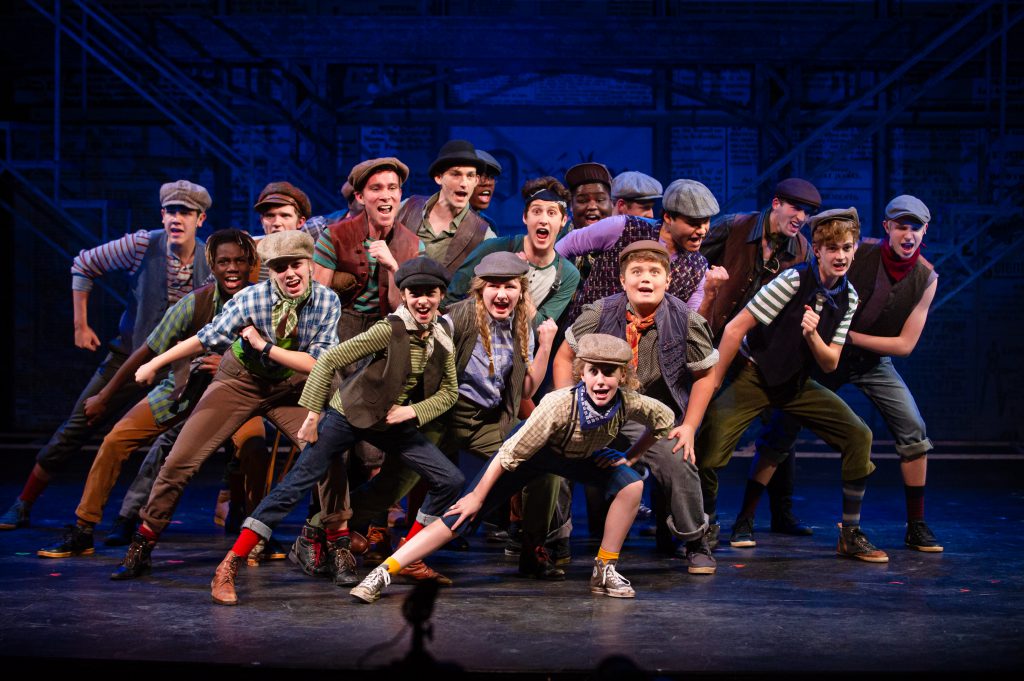 This weekend Skylight Music Theatre opens the Broadway phenomenon Newsies for its holiday show. The production, which is directed by Molly Rhode has a cast of 30 that includes 16 young performers who play roles close to their own ages, opens tonight and runs through December 29.

Inspired by the actual Newsboy Strike of 1899, in which a group of New York newsboys, led by Kid Blink, decided to rally against media conglomerates Pulitzer and Hearst for unfair labor practices, the play’s themes echo today’s social and political climate.

“This story is set at the turn of the century, but it doesn’t feel far away,” said Rhode in an email. “The way these young people stand up and say ‘listen to me!’ is happening right now, all across the globe. (Newsies) is not only a nostalgia piece. Its relevance and inspirational power are pertinent today.”

The production, based on the popular 1992 Disney movie starring Christian Bale and Bill Pullman, first came to the Broadway stage in 2012. It features music by Alan Menken, lyrics by Jack Feldman, a book by actor Harvey Fierstein, and songs such as “Carrying the Banner,” “Santa Fe,” and “Seize the Day.”

“(Newsies) is, perhaps, more topical now than when the movie came out, and even when the Broadway show opened, with the March For Our Lives movement started by high school students after the Parkland, Fl tragedy, to Greta Thunberg demanding that her generation take action on environmental abuse to Malala Yousafzai shining light to the world on human and women’s rights in Pakistan and beyond, and so many others,” said Michael Unger, Skylight Music Theatre artistic director, in an email.

The 1899 Strike also influenced newsboys in Milwaukee. The city’s public schools were home to numerous newsboy clubs, a publication entitled The Newsboy’s World, and the Newsboy Republic of Milwaukee, an organization which promoted the welfare of area newsboys.

“Children are, as with these newsies 120 years ago, again effective agents of change for issues in the world that affect them directly,” said Unger. “In the divisive society in which we find ourselves, these young voices present a balance of reason that is undeniable. It is my hope that we, as a society, listen to them because their unique perspective is not to be diminished because of their age/size, it is to be celebrated.”

“This is truly a show for everyone. All ages, all types and stripes,” Unger added.

The Skylight will hold a sensory-friendly performance of Newsies at 6 p.m. Wednesday, November 27, and the production will be interpreted in American Sign Language on December 6, beginning at 7:30 p.m. Tickets can be purchased at the Broadway Theatre Center Box Office, 158 N. Broadway, by phone at 414-291-7800, or online at www.skilightmusictheatre.org. 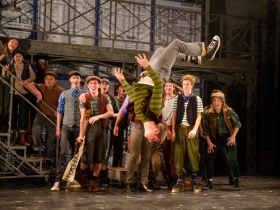 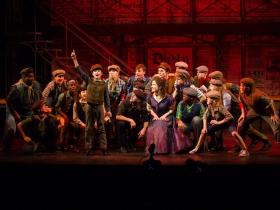 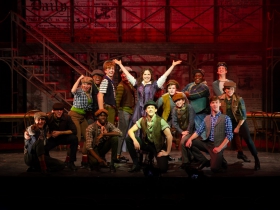 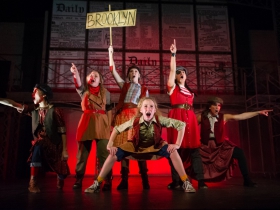 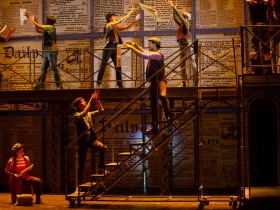 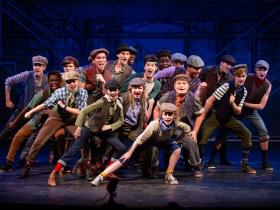