Costs of housing and health care driving up elderly poverty. Are there solutions? 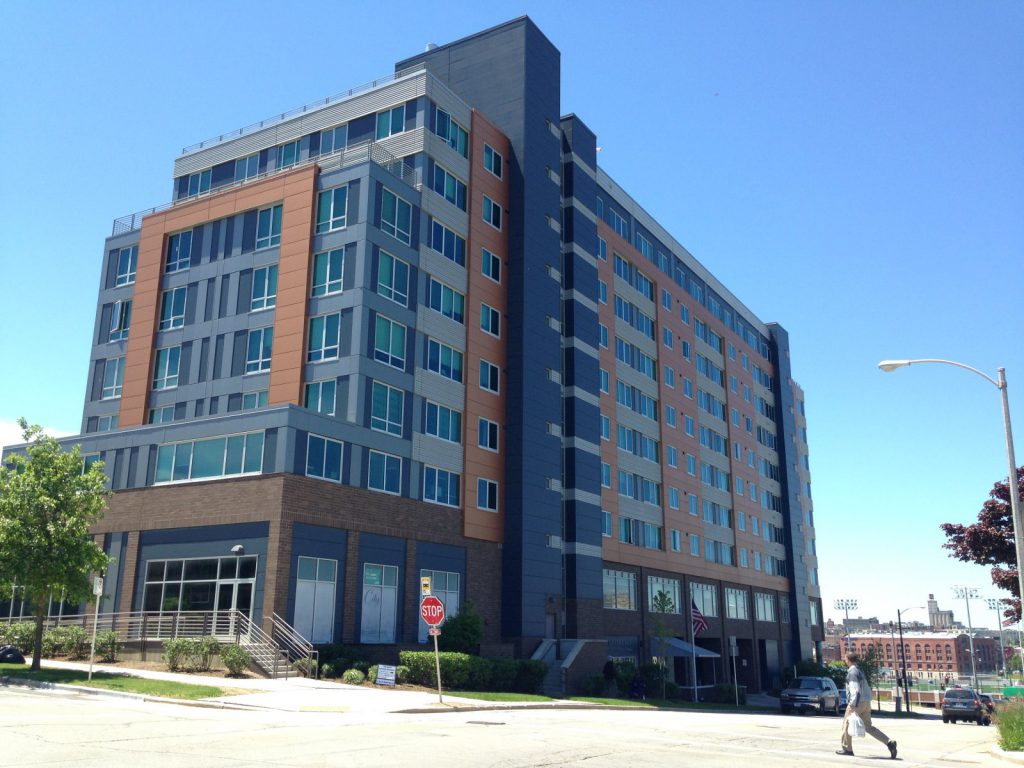 For many years now, research has exposed a storm brewing in Wisconsin. Demographic trends point to rapid growth in our senior population (of which I am a member) and almost no growth among those ages 18-64.

Population changes have profound effects on the economic health of our communities and our state. Younger generations are critical to our state’s productivity and our ability to fill and create jobs.

Wisconsin’s population is getting older because of aging Baby Boomers who have lived here all or most of their lives, not because seniors from elsewhere are moving here. In 2005, we had 674,000 people 65 or older. By 2017, that number reached 946,000, a 42 percent increase.

So as Wisconsin’s population skews older, what does that mean for the state’s economy and fiscal health? Elder poverty is on the rise because of the significant expenses retirees face compared to their relatively flat incomes. Due to advances in medicine and healthier lifestyles, many more Wisconsinites than ever are living 15, 20, or 30 years after retirement. Many are not financially prepared for extended retirement.

Retirees spend significantly more on housing and health care than non-retirees. Even though approximately 80 percent of people over age 65 no longer have mortgage payments, many retirees rent housing or move to retirement communities, assisted living, or long-term care facilities. In Wisconsin, these costs are significant. The median cost of assisted living is $51,600 per year. The median cost for nursing home care is $100,000 per year for a shared room.

Elderly health care is also a significant expense as Medicare does not cover the cost of dental care, hearing care, or vision care. Medicare beneficiaries must pay monthly and out-of-pocket for their Part B and Part D premiums as well as deductibles, co-insurance, and co-payments.

The high costs of health care and housing, along with inadequate retirement savings, are driving up elderly poverty in Wisconsin. Thirteen percent of those 65 and older have annual incomes below $15,000 and 30 percent have annual incomes below $25,000. In Wisconsin, the average retiree receives $1,443 from Social Security each month. The annual cost-of-living adjustments do not reflect the inflation experienced by all retirees who find the purchasing power of retirement income slowly eroding.

As the number of elderly in Wisconsin increases and the poverty rate for elderly – especially rural elderly – increases what can we do as a state? Wisconsin law already excludes Social Security from taxable state income, grants a higher personal exemption to people over age 65, and provides a Homestead Tax Credit for low-income renters and homeowners.

Beyond that, one measure we could take is to freeze the school portion of property taxes when a retiree reaches age 70 if married or at age 67 for a single person. The tax freeze would apply only if the retirees own just one home. I have drafted legislation to that effect and I am seeking support for it.

Because of our worker shortage, we should incentivize employers to hire retirees part-time and be flexible with their hours to help stretch out their Social Security benefits.

This past September, Gov. Tony Evers created a Task Force on Retirement Security. The task force is charged with identifying obstacles that prevent workers from saving for retirement and recommend a path for Wisconsin to provide a state-administered retirement savings vehicle for workers.

An October report by the Legislative Reference Bureau concluded, “Any legislative action that encourages or requires plan participation in the private sector will lead to improved retirement savings rates and decreased elder poverty in the decades ahead.”

I believe state legislators are best positioned to understand the growing problem of elderly poverty because we see it every time we see retirees at their doors, at cafes, gas stations, and pancake breakfasts. We must find bipartisan solutions to keep our seniors in their homes and help them pay for their health care and prescription drugs. We must help them find ways to stretch their incomes by encouraging work beyond retirement age but making it physically bearable. Our elderly have given so much to the state of Wisconsin, let’s make it a place they want to stay.

State Rep. Don Vruwink represents parts of Rock, Walworth, Jefferson, and Dane counties. These include the communities of Whitewater, Milton, Edgerton, Footville, the Town of Janesville, part of the Village of Oregon, and surrounding townships. He can be reached at 608-266-3790,Rep.Vruwink@legis.wisconsin.gov, and P.O. Box 8953, Madison WI 53708.

One thought on “Op Ed: Poverty for Senior Citizens Rising”