By Sara Kohlbeck, Robert Schneider and Stephen Hargarten - Nov 7th, 2019 01:44 pm
Get a daily rundown of the top stories on Urban Milwaukee 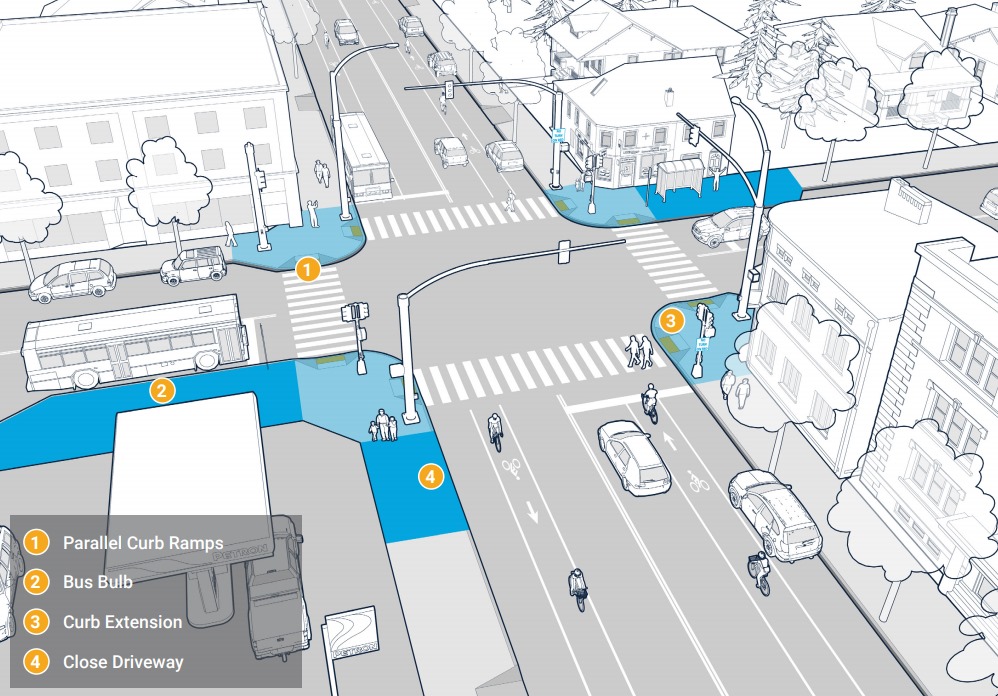 On Thursday October 24th, a driver swerved around other vehicles on W. Center Street at N. 22nd Street, ran the red light, and struck three children who were walking home from a school playground. Two of the children, four- and six-year-old sisters, were killed, and their ten-year old cousin was seriously injured. This tragedy is far too familiar: more than 130 pedestrians have been killed and 560 seriously injured in Milwaukee during the last decade.

The latest horrific event was on Center Street, but there are dozens of streets in Milwaukee in which similar traffic conditions exist. We must act immediately to prevent more senseless loss of life.

As the universal form of human transportation, walking or traveling by wheelchair or other assistive device should be a fundamental right. Safe pedestrian travel is critical for neighborhood vitality, local business success, and community cohesion. Safe pedestrian travel should be the baseline goal for our transportation system. Milwaukee’s Complete Streets Policy, adopted a year ago, states that, “Above all, safety is imperative, with pedestrian safety having the highest priority…” It is clear that our community needs to step up and make pedestrian safety a priority.

In the days after the crash, the Mayor and Common Council petitioned Governor Tony Evers for additional resources to be directed to the Milwaukee Police Department for traffic enforcement to control reckless driving. Yet, traffic enforcement alone is inadequate to solve the pervasive problem of reckless driving that has become normalized in many parts of our community over the last several years. Standard safety tools, including speed limits and traffic signals, were insufficient to deter the unsafe driving behavior that led to the deaths on Center Street. Public health and public safety need to work together to implement creative strategies that increase pedestrian safety. This must include redesigning streets, another suggestion from city and county leaders that has received too little attention.

On July 30th of this year, the Common Council unanimously adopted the Milwaukee Pedestrian Plan, which includes dozens of specific recommendations for how the city can construct streets to enhance pedestrian safety. The Mayor and the Common Council should take immediate action to aggressively implement this plan.

Embedded within this plan are several strategies that would make changes to our built environment in order to increase pedestrian safety. For example, curb extensions force behavior change among drivers by creating a barrier to drivers passing other cars on the right through intersections. Curb extensions also require drivers to slow down for cars in front of them that are waiting to turn left, make pedestrians more visible to drivers, and shorten pedestrian crossings. Good examples are found on parts of E. North Avenue, N. Downer Avenue, E. Brady Street, and W. Becher Street. Other strategies in the plan, such as lane reconfigurations, also help slow vehicle speeds and improve pedestrian safety. Examples include successful projects on S. 2nd Street, E. Locust Street, E. North Avenue, and N. Hawley Road. While some of these changes may cost drivers a few seconds of travel time, they will save lives. Many more of these pedestrian safety improvements are needed throughout the city.

Pedestrian safety is a right. All members of our community should be able to walk to and from work, school, and recreation without the risk of being injured or killed. In a city like ours in which reliable access to transportation is a concern for many, the importance of pedestrian safety is paramount. When we fail to ensure pedestrian safety, particularly in neighborhoods that are disproportionately impacted by other negative health and safety outcomes, we perpetuate health disparities. As experts in city planning and injury prevention and control, we demand faster progress to create safer streets for all, to prevent future tragedies, and to make Milwaukee a safer and healthier place to live.

3 thoughts on “Op Ed: Why City Pedestrian Plan Is Needed”