Where the Gun Shot Victims Go

By Corri Hess, Wisconsin Public Radio - Nov 4th, 2019 10:22 am
Get a daily rundown of the top stories on Urban Milwaukee 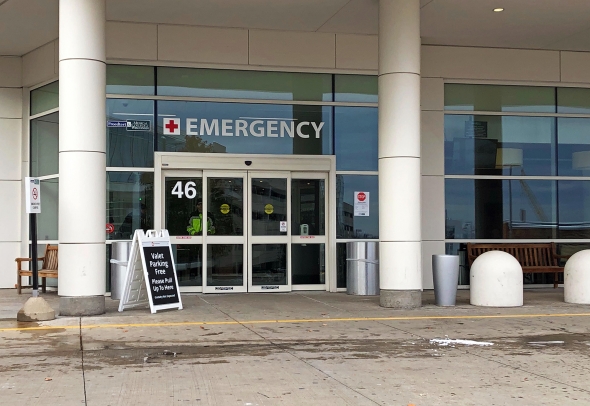 On a summer evening at the end of August, Dr. Marc de Moya does his rounds in Froedtert Hospital’s surgical intensive care unit in Milwaukee.

He’s in the middle of a 24-hour shift, and one of his doctors is updating him on a patient admitted to the emergency department with a gunshot wound.

The patient, a delivery driver who was shot Aug. 27 on Milwaukee’s south side, was hit with two bullets.

After reviewing the case, de Moya, the chief of trauma and acute care surgery at Froedtert, tells the other doctors and nurses gathered around a monitor that one of the two bullets that hit the driver struck a vertebrae in his back. WPR is not using the patient’s name to protect his privacy. 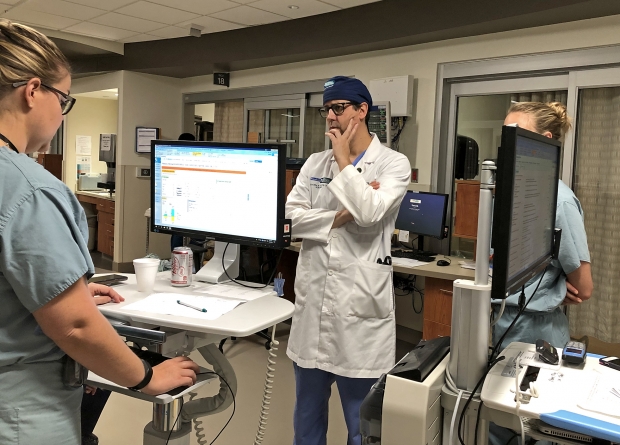 Dr. Marc de Moya, center, chief of trauma and acute care surgery at Milwaukee’s Froedtert Hospital, listens to Amy Murphy, left, a fellow of osteopathic medicine at Medical College of Wisconsin, give an update on patients in the surgical intensive care unit. on Aug. 28, 2019. Photo by Corrinne Hess/WPR.

Surgeons left that bullet inside of the driver, surrounding his internal organs with a special netting to protect them in case the bullet eventually moves. Since released, the driver is recovering and a Milwaukee man has been charged with first-degree reckless endangerment in the shooting.

De Moya tells the less experienced doctors that in many cases more damage is done when bullets are removed from a body: “It’s not the bullet itself, it’s the path of the bullet where your injuries are that you need to repair.”

Treating gunshot wounds is a common occurrence at Froedtert Hospital. De Moya estimates the emergency department treats about 90 percent of gun-related injuries in the city.

Between January and early October, there were 321 nonfatal shootings in Milwaukee — down about 16 percent from the same time period last year.

And while rates of gun violence in the city are going down, there is at least one shooting a day in Milwaukee.

Despite decreases in nonfatal shootings, gun violence is still a major concern for Milwaukee citizens. For months, the Milwaukee Police Department has been in the news after Mayor Tom Barrett announced his proposal to cut 60 police officers next year.

To fill that void — and address retaliatory gun violence before it escalates — local hospitals and the city launched the 414 Life Program.

About a dozen people, like Tonia Liddel, work as community liaisons in some of the city’s most violent neighborhoods.

Liddel was inspired to become a community liaison after losing her godson to gun violence when he was 16.

“That’s one of my motivating factors doing this work,” she said.

Liddel wears a pager and responds to Froedtert’s emergency department when there is a shooting. Her job is to talk to victims of gun violence and their families to try to keep them from retaliating.

As of early October — four months since the program began — Froedtert had 73 cases that were de-escalated by violence interrupters like Liddel.

“Oftentimes there can be some gangs involved and relationships that are involved and (violence interrupters) go into the neighborhoods and try to hold things down a little bit,” de Moya said.

The police department has also changed its approach and now treats every shooting as a potential homicide. That means conducting weekly case reviews and working with community agencies to research and solve those crimes.

And that approach to gun violence appears to be making a difference. 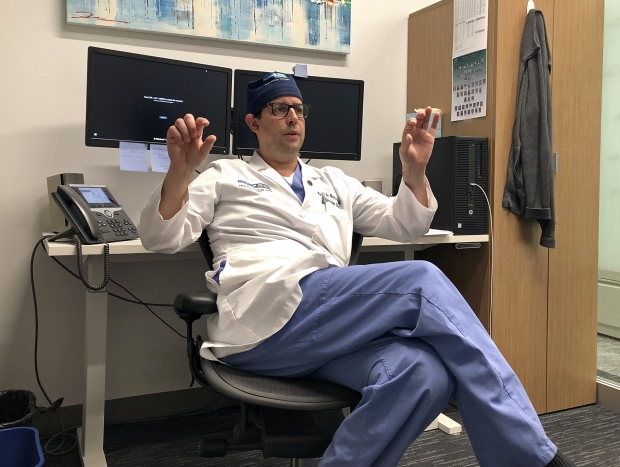 But for those who do fall victim to gun violence, de Moya and his staff are there to provide care, on what he recognizes is likely the most frightening day of their life.

“The emotional side of it, when you see someone either shot … gets put on hold, so you can move forward and really provide the care that’s needed,” he said.