Long-vacant 1877 building on Milwaukee and Mason saw value hop partly due to streetcar. 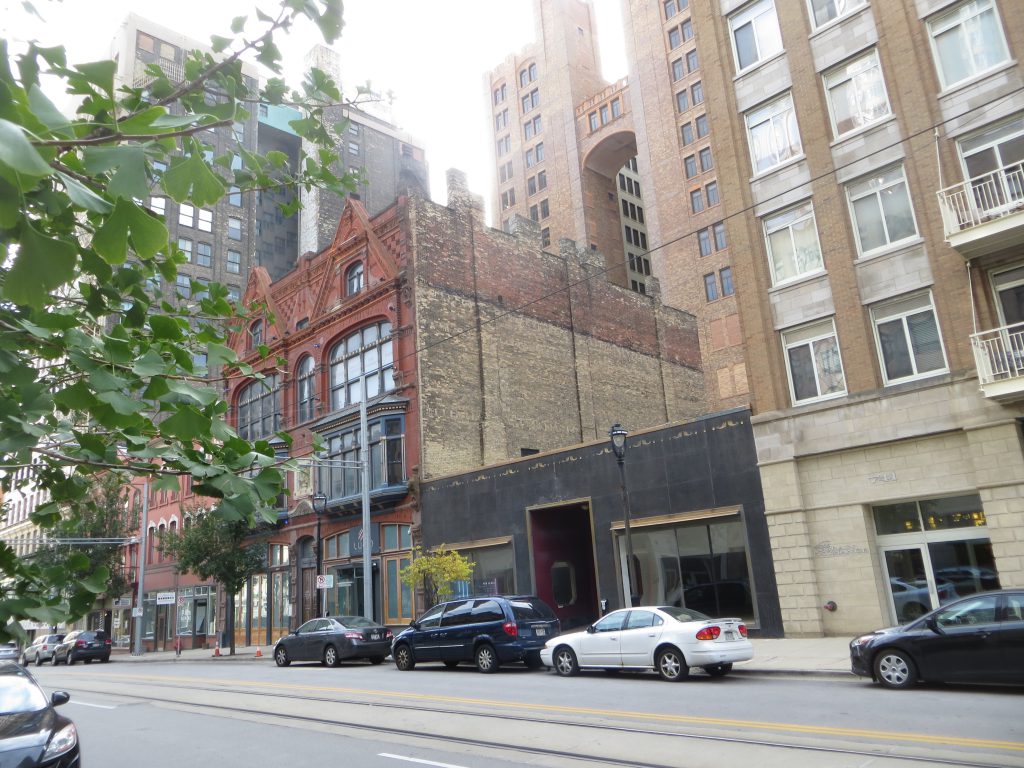 Thinking about opening the best new restaurant in the city? Looking to launch your business and in need of some office space? We’re ready to help you move in to your dream space. Let’s discuss how we can make 733 N. Milwaukee St. work for you! — Advertisement from F Street Group

This building, which may eventually house a restaurant, brings to mind Assembly Speaker Robin Vos who last week singled out The Hop streetcar as representative of the City of Milwaukee’s financial woes. He said he doubted the city could afford “a subsidized trolley.” Mayor Tom Barrett disputed this, pointing out that the rail system, which completes its first year of operation this week, does not rely on city tax money. It is funded by federal appropriations and a grant from the Potawatomi Hotel & Casino (along with Tax Incremental Financing, that will eventually be recouped). Indeed, the mayor considers the streetcar to principally be a catalyst for development along its two-mile route. In October 2018, a city report noted that since 2015 property values within a quarter-mile of the streetcar route had increased by 28 percent, or twice the city average.

This real estate good news should greatly please Vos, who owns and manages 23 rental properties in the City of Whitewater, and who must be aware of the fundamentals of real estate valuation. We have before us a good example in an old building along the streetcar line that was recently purchased for more than its assessment.

Building Itself Less Than 5% of Property’s Value

The property in question is a one-story commercial building at 733-737 N. Milwaukee St. that was purchased for $575,000 this month by Scott Lurie, whose F Street Group has been quite active in Downtown. The price is a 56 percent premium to its assessed valuation of $368,400 — a significant number, especially for a long-vacant building. Real estate values are all about location, and the streetcar’s proximity was likely a factor in the increased valuation. Further investment doubtless must be made if the owner plans to lease the space to “the best new restaurant in the city,” raising its value even more.

The assessor must value the land first, and then calculate the value of the improvements. In this case, the land it sits on is assessed at $352,800, or $60 per square foot — among the highest rates in the city, and a testament to its location among the towering buildings of Downtown. The 5,878-square-foot structure, however, is assessed at a mere $15,000. This is partly due to the fact that it is only one story, thus minimizing its rental value. Furthermore, the property is in the East Side Commercial Historic District, which limits a buyer’s opportunity to substantially alter it. The building’s long period of vacancy also detracted from its value to the assessor.

Was Once Three Story Hotel and Rooming House

The building was originally constructed in 1877 as a three-story hotel and rooming house in the then-popular Italianate style, still found today on unaltered examples on the street and in the historic district. A walk through the alley shows the massive limestone foundation of the structure, which has been remodeled many times over the years, beginning in 1888. By the end of the century, the structure had expanded to fill its entire lot. Mollerous & Lotter were the project architects, with offices in the building. In 1912 Mrs. Hales, as she is identified, remodeled the storefront for $490, and in 1922 Milwaukee photographer S.S. Stein did so as well at his studios here at what was then 427-Milwaukee St., hiring the prestigious Brust & Phillips firm for the $6,000 job.

In addition to Stein’s Milwaukee Photo Materials Company on the first floor, and architect Henry G. Lotter on the second, the top floor was occupied in 1921 by such folks as Fred Danishefski, Howard P. Waite, Anna Todd (“Clrk Milw Optical Mfg Co.”), Minnie Young, Edgar Reif (“ship clrk”), and Mrs. Anna Potter (“clnr”), all of whom presumably shared a bath and took their meals elsewhere.

The biggest change in the building’s 62 years came in July, 1939 when Ogden & Co. spent $10,000 to remove the top two stories of the building, and “alter storefront, construct partitions, etc.” This radical change can be readily seen where a shadow of the former top two floors is visible on the brick walls of the adjacent Lawrence Building, immediately to the south. Even visible are the chimneys that heated the rooms.

The storefront, little altered to this day, has elements of a most sophisticated Moderne design, likely inspired by the construction two years before of the John W. Mariner building, Milwaukee’s first Art Deco office structure, located across the street. It is now the Hotel Metro.

The nomination for the building’s inclusion in the historic district notes:

Set against a background of black marble the low relief, stylized, cast brass and gilt applique defines what is perhaps one of the most consciously architectural twentieth century storefronts in Milwaukee.

The alterations to the building were made to accommodate the shop of Lou Fritzel, an upscale women’s clothing store, which opened there in 1940, and remained for another 45 years, long after most modistes were defunct, and the elegant shops of the East Side were mostly long gone. In 1944 Fritzel installed a  “#8141 Model 1 Garment Steamer manufactured by P. M. Lattner Mfg. Co. … Safety valve set to blow at 100 pounds pressure per sq. in.” That was one beast of a machine. It was installed by Maag Co., just up the street at 831 N. Milwaukee St., back in a time when plumbers and electric supply shops mingled with dressmakers in Milwaukee’s exclusive shopping district.

By 1963 the building was owned by a woman with the sweet name of Mrs. L. Sugar. She resided in the Lake Shore Drive Hotel in Chicago where that June she received notice of violations abounding within her Milwaukee building. “Second means of egress from 1st floor (west end) permanently obstructed by clothes racks, etc.,” the inspector announced. Even worse: “No stairs provided at rear door. Five foot differential between threshhold and outside grade level.” (The elevated door can still be seen from the alley, sans stairs, for which there would be no room anyway.)

The building spent much of the 21st century vacant and under the ownership of Peter J. Kondos, a lawyer who once did jail time. (See House Confidential “The Mysterious Kondos Chateau.” January 22, 2015).  Kondos, in his red toupee, was a commonly found figure in Milwaukee’s art scene.

Around 2004, under his ownership, a key decorative element of the building, a bas-relief of a gazelle (I believe it was), that was centered over the door disappeared. (Its ghost remains visible). That year, he transferred the building to Hart Development, LLC. Its registered agent was Caroline Marie Schmidt, his wife. In 2005 Kondos rented the space to art dealer Michael H. Lord, who himself later did 14 months’ time for “theft in a business setting,” a felony. (Lord still owes $623,322 in unpaid fines and fees from his misadventures.)

Lord then set up shop in Palm Springs, facing more financial problems before closing his gallery there in 2013. The building he once occupied in Milwaukee has remained dark and vacant since then. This was once the norm for N. Milwaukee St., but since its purchase by a reputable developer, this lovely building on the streetcar route is now on the right track. 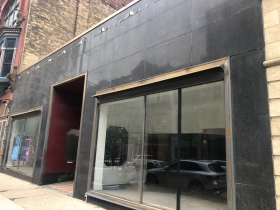 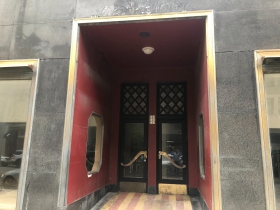 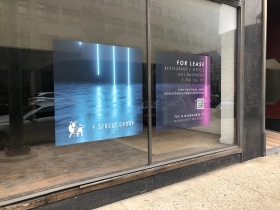 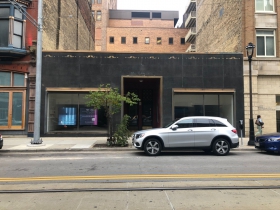 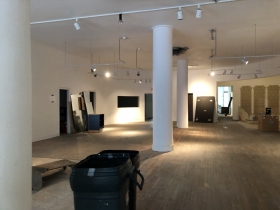 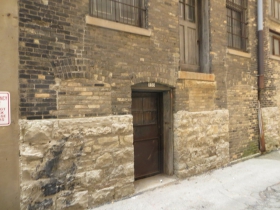