What’s This Sherman Park Home Worth?

City, prospective buyer have wrangled over price of foreclosed home. 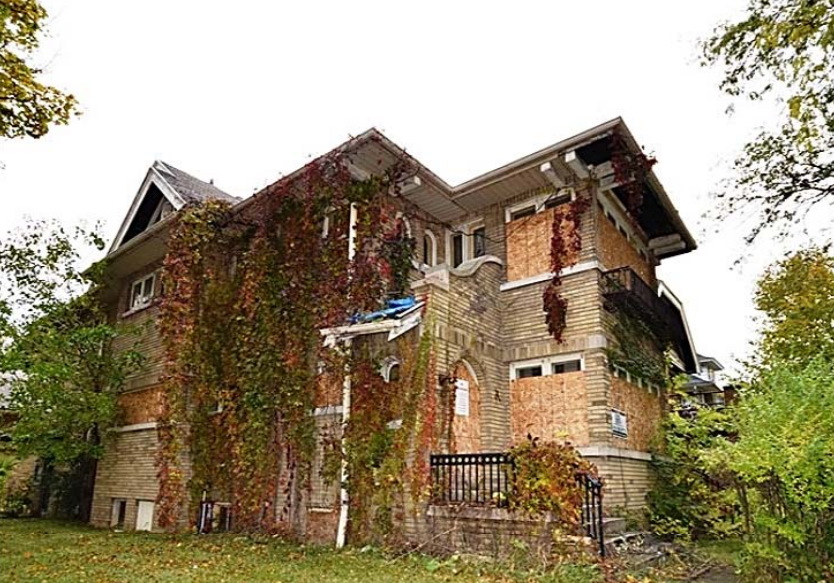 The city acquired a severely-damaged home through property tax foreclosure that it wants to sell, a buyer has emerged that wants to improve and live in the property and the local alderman loves the deal. Should be easy to sell the property, right?

If that was the case, Stephanie Holt would already be on the way to renovating her future home at 2903-2805 N. 48th St. She submitted an offer to buy the duplex in April for $80,250, noting she would live in one unit and rent out the other.

But instead of closing the sale, Holt and the Department of City Development (DCD) spent months reevaluating the sale price based upon multiple bids to repair the inhabitable house and its estimated market value.

The debate entered the public sphere in September when Holt appeared at the Joint Committee on the Redevelopment of Abandoned and Foreclosed Homes. She said DCD, which had originally listed the house for $107,000, was wrong from the beginning. Holt, a commercial and industrial property assessor for the Wisconsin Department of Revenue, accused the department of being difficult to work with.

Records provided to the Common Council by DCD Deputy Commissioner Martha Brown show that the department has worked with Holt to renegotiate the purchase price down multiple times, from $80,250 in April to $64,200 in June and $34,500 in August. It also extended Holt’s closing date multiple times despite the fact that another potential owner-occupant offered to buy the home for $75,000.

After soliciting multiple bids, Holt said she has an offer to rehab the home for $128,000, is budgeting for a 20 percent cost overrun at the city’s direction and her lender has estimated the fair market value of the home after renovation to be $151,000. The city would provide a $20,000 forgivable loan to support Holt’s repairs through the Neighborhood Improvement Development Corporation.

Holt shared a broad array of figures with the committee about the differing bids, renovation scenarios and the city’s own estimates.

“Let me get down to brass tacks. What are you willing to pay to live in this property?” asked Alderman Robert Bauman, chair of the joint committee.

Holt told Bauman she was willing to pay $7,600, the assessed value of the land.

“This is the type of person I want to live in the seven district,” said area Alderman Khalif Rainey. Bauman suggested Rainey introduce a file to the Common Council’s Zoning, Neighborhoods & Development Committee offering to sell her the home for a price he and Holt agreed upon.

Rainey did just that, lowering the price to $2,500, but found Brown and DCD real estate services manager Amy Turim had shown up to object when the file was heard Tuesday morning.

“When it comes down to it, we have two concerns with it,” said Brown. “The price that is proposed and the process that is being used.”

“We would like to see Ms. Holt become a homeowner in the Sherman Park neighborhood. She has great plans for the property,” said Brown. But she said no justification was found for the $2,500 price.

Brown, in detailing the ordinance regulating how DCD must consider fair market value and a host of other non-monetary considerations including neighborhood stabilization, remediation costs and the promotion of home ownership, said that the department would be willing to offer the home for $10,000. The city has already invested $12,000 in the property, the bulk of which went to pay to clean it out, said Brown, and would forego the more than $34,000 in delinquent taxes from the prior owner as part of the sale.

The deputy commissioner said the department routinely handles such transactions, with an average home sale price of $11,000, and is able to come to agreeable prices.

In fact, Brown said they already did offer the home to Holt for $10,000 and she turned them down.

But Holt said Tuesday that she didn’t reject the offer. “I didn’t refuse the offer. I just wanted to wait until the committee voted,” said Holt.

Brown said the offer still stands, but before Holt and Brown could turn Channel 25 and Milwaukee City Hall into the next version of the Deal or No Deal television show, Jose G. Perez moved to hold the matter.

“We should not be negotiating real estate prices at this table,” said Bauman. Contradicting his advice to Rainey at the joint committee, Bauman said DCD should be handling the negotiations with Brown. “I’ve found them generally competent in doing so,” concluded the alderman.

The committee unanimously agreed to hold the matter.

The city acquired the duplex in August 2018 through property tax foreclosure. Images from DCD show the interior of the property in substantial disrepair.

The Zoning, Neighborhoods & Development Committee is scheduled to meet again on November 19th. 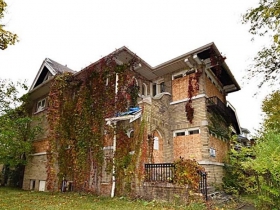 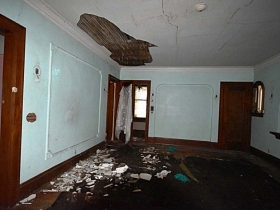 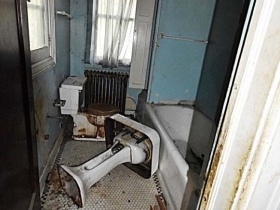 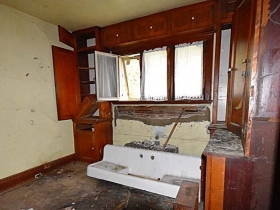 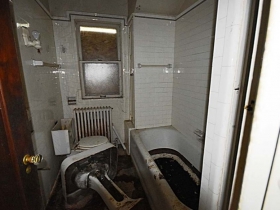 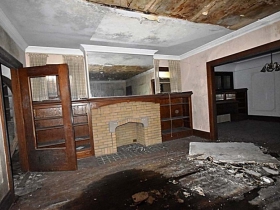