They were joined by "Captain Census." Milwaukee could lose millions if Census undercounts population 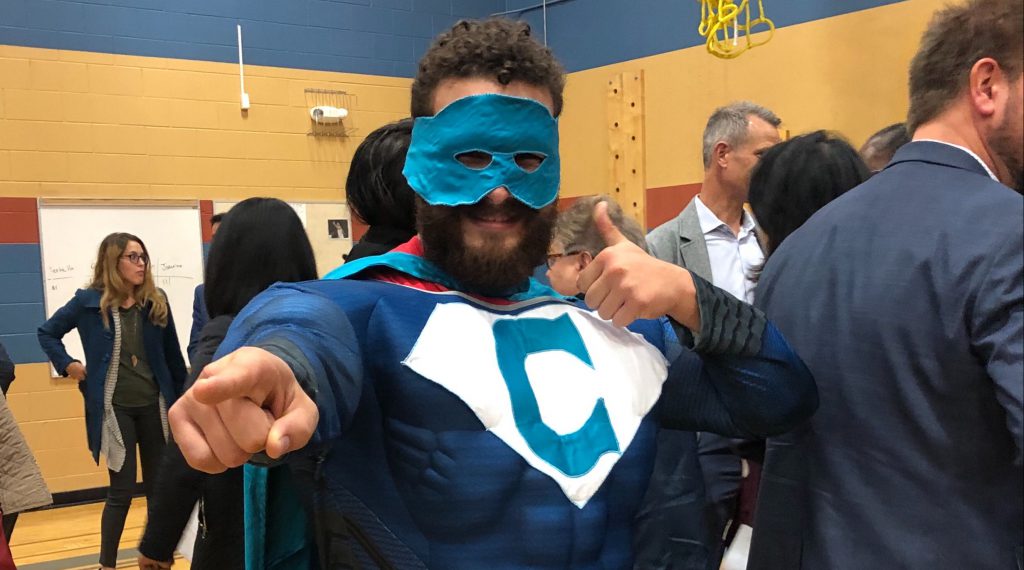 “There is no issue that should be less partisan than the census,” said Mayor Tom Barrett at a Monday afternoon ceremony kicking off the 2020 process.

Barrett, Governor Tony Evers and a host of other elected officials and community leaders joined together at Journey House in the city’s Clarke Square neighborhood to kick off the 2020 U.S. Census.

Marilyn Sanders, regional director of the Census Bureau’s Chicago office, told the audience that over $675 billion in federal funds will be appropriated every year for the next decade based on the results of the process.

“I’m especially proud of this executive order because we are able to work and prioritize strategies that we have to reach hard-to-count families across our state,” said Evers.

Evers said the results of the census would also be used to address gerrymandering in Wisconsin. “We know that in Wisocnsin we are one of the most gerrymandered states in the country,” said Evers. “Legislators are choosing the people they represent, not the other way around. That’s just not right.”

“Making sure everyone gets counted in the 2020 Census is the first step in making sure your voice carries the same weight as your neighbor’s voice and vote,” said Evers.

Barrett and Evers were joined onstage by Matt Dannenberg, census director of Wisconsin Voices. Dannenberg, appearing in costume as Captain Census, encouraged everyone to respond to the census and introduced two individuals from historically hard-to-count communities.

Luscely Flores told the audience how she served as an English-Spanish translator for her mother when she was a child and a census taker came to their home. She expressed support for the multi-lingual web-based submission process that will be available for the first time in 2020.

Yolanda Perkins also joined Dannenberg on stage, allowing Captain Census to hold her baby while she spoke. “Zero to four-year-olds are the most undercounted population,” said Perkins in encouraging families to make sure every member is counted.

The administration of President Donald Trump was blocked from adding a citizenship question to the 2020 Census by multiple federal courts. Multiple state and local officials attacked the Trump administration proposal as a move to suppress the response rate in communities of color.

A 2018 analysis of 2010 Census results by George Washington University professor Andrew Reamer found Wisconsin was the sixth-biggest loser in terms of undercounting. The state lost $1,338 per person from federal medical programs in the 2015 fiscal year as a result of undercounting.

Census forms will be mailed in mid-March and are due April 1st. The city has produced a “Greater Milwaukee – Together We Count” website to provide more information on the 2020 Census.