They've promoted that same phone number for 38 years. Why the change? 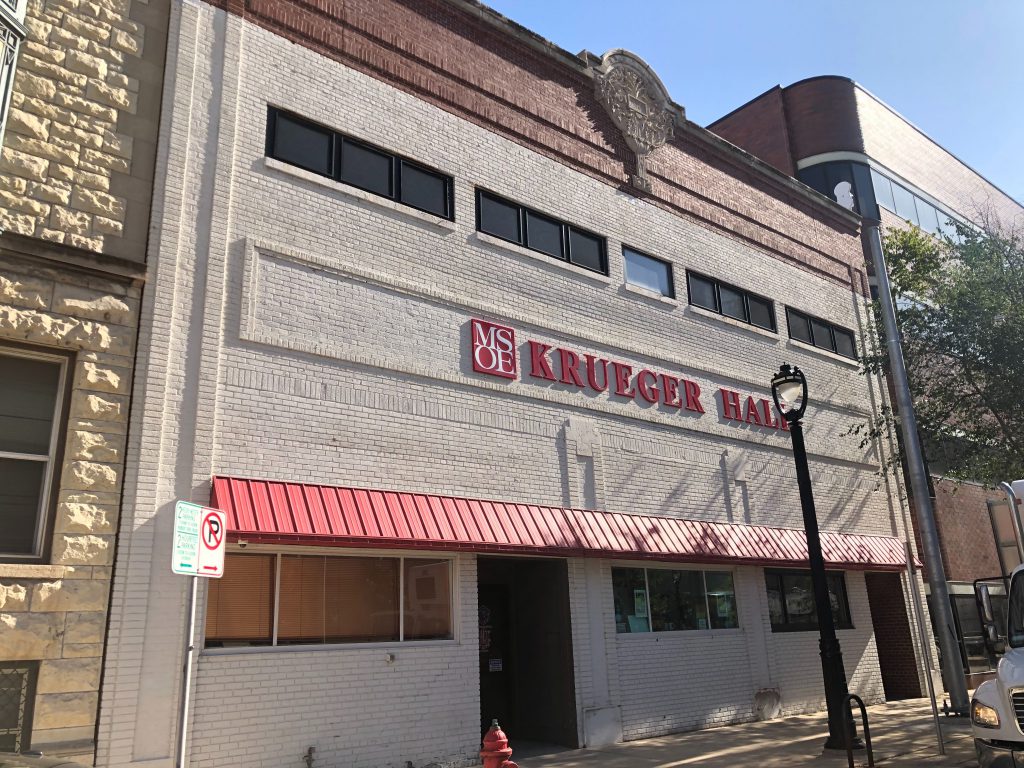 With only days to go before the November 1st beginning of its week-long annual Fall Membership Drive, independent radio station WMSE-FM (91.7FM) has announced a change in its longstanding listener call-in telephone number.

Ever since its initial broadcast on March 17th, 1981 the station, owned and operated by the Milwaukee School of Engineering, has heavily promoted its listener call-in line at 414-799-1917, announcing it dozens of times daily, almost as if a mantra. During the Spring and Fall fund drives, you would hear it dozens of times hourly, as hosts and station personnel appealed to listeners for support.

But now, there is a new number in town, and listeners are hearing it plenty. Beginning Thursday, October 24th, the old line will be disconnected, and replaced with 414-277-9673, which, for the alphanumerically inclined, translates to 414-277-WMSE.

Why the change? Wouldn’t you know — it’s all about the money.

I e-mailed station manager Tom Crawford with my question. Here is his response:

It was a hard decision to make trust me. It’s a part of our history.

…The bottom line? Our old phone number is very expensive and uses really old technology. It was a very hard decision to make. The number is part of our collective history. The monthly costs of the old request line were almost $1,000 per month. (Four years ago we were only paying $300 per month!)  Many of you have experienced the bad quality of the service that had been provided to us. During membership drives the infamous “All Circuits Are Busy” warning where callers who want to donate money could not get through to the station.

We will be switching to a Voice Over IP phone system. MSOE is providing the phones and service to WMSE free of charge reducing our annual cost to $0.00.  That’s a savings of roughly $12,000 per year for a far better and dependable phone system.

…The bottom line AT&T  has an old very antiquated system that the bigger stations use and can afford. This system shuts down regularly when a couple bigger stations hold contests at the same time. We couldn’t transfer the number either to keep the 799-1917 on the new system.

I hope this makes sense. I’m very sad to see this piece of our history go.

A Call for “Sound Citizens”

Station members are called “Sound Citizens,” and receive promotional items for their donations above a certain limit. Why, a $60 gift will get you a WMSE bottle opener, for example. Larger gifts add T-shirts, cooler bags and a beach towel to the booty.

Last year, the station had 1,913 individual donors who gave an average of $153 to the station. WMSE aired 8,790 hours of programming in 2018 from its volunteer DJs, with an average of 28,000 weekly on-air listeners. It also had 797,462 visitors to its website, wmse.org, which features its music “live, and archived” for 24-hour on-demand programming.

The radio station is financially independent of MSOE University, and had a 2018 budget of about $600,000, of which $338,321 came from the semi-annual membership drives. Other funds come from events, like the annual “Big Band Grandstand with Dewey Gill featuring the Chicago Jazz Orchestra at Turner Hall” to be held on Sunday December 8th, featuring the music of Ella Fitzgerald and Joe Williams. (Cost: $40 in advance; $50 at the door.)

You can make donations on-line here.