Department looking for a connection to the outbreak of vaping-related lung disease.

By Alana Watson, Wisconsin Public Radio - Oct 11th, 2019 10:33 am
Get a daily rundown of the top stories on Urban Milwaukee 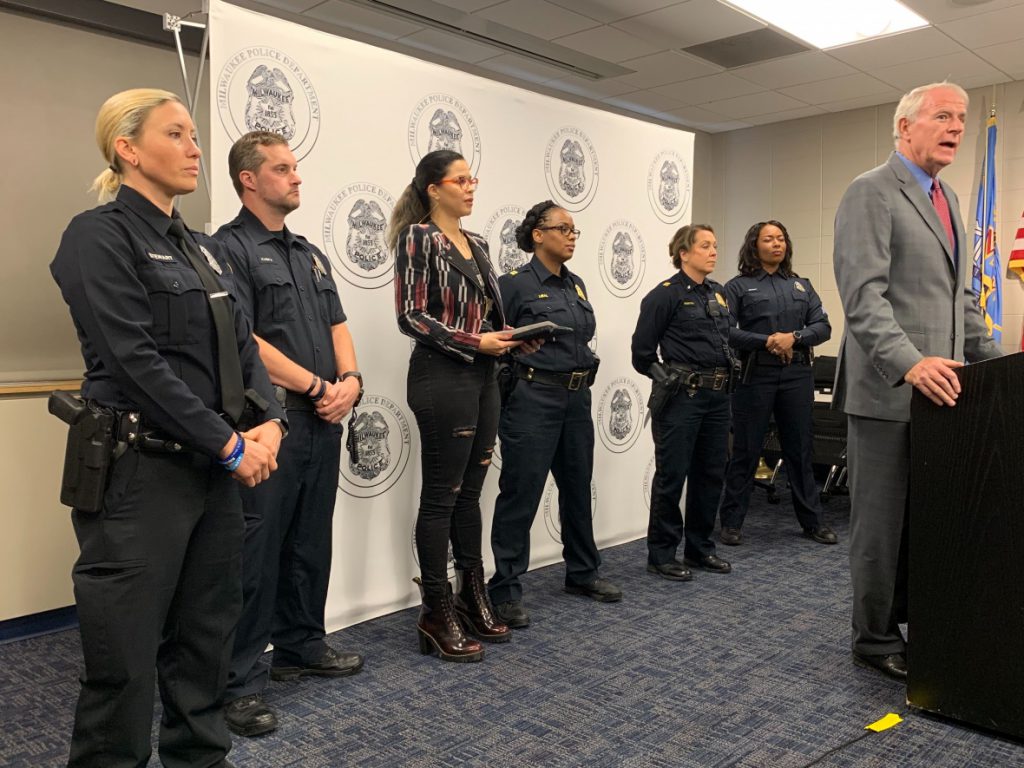 Another THC vaping operation was discovered after concerned citizens became suspicious and voiced their concerns to Milwaukee authorities.

Earlier last week, while executing a search warrant, Milwaukee police found more than 13,500 illegal vaping cartridges filled with THC oil, the psychoactive ingredient in marijuana, and more than $935,000 in cash at a small home on Milwaukee’s south side.

Authorities said members of the neighborhood became concerned when they saw heavy activity around the house and noticed people they had not seen before.

Govanny Molina, 34, and Amanda Ware, 30, were arrested without incident and were criminally charged by the Milwaukee County District Attorney’s Office. They are facing charges of maintaining a drug trafficking place, use of a dangerous weapon and possession with intent to deliver THC, as a party to a crime.

According to the criminal complaint officers also found 18 pounds of marijuana, a loaded weapon and a vacuum sealer in the house.

This operation follows arrests made last month in Kenosha County — in which four people have been accused of manufacturing a major drug operation where police seized over 31,200 filled vape cartridges and 98,000 empty ones.

Milwaukee Mayor Tom Barrett said during a press conference Thursday that finding the most recent operation wouldn’t have happened if the Milwaukee Police Department didn’t take the concerned citizens seriously.

“When you have citizens that want to get involved in a positive and proactive way and you have a police department that takes these concerns seriously, like you see here, you are going to see very very effective results,” he said.

Milwaukee Police Capt. Cassandra Libal, with the High Intensity Drug Trafficking Areas unit, said the evidence found at the house is currently being processed. The department is investigating if the operation is tied to the others across the state or the nationwide vaping-related lung disease.

According to the Wisconsin Department of Health Services, as of Thursday there were 73 confirmed and probable cases of the disease in the state, with 15 currently under investigation. Six of those confirmed cases are in Milwaukee, two are still under investigation. The CDC confirms there are 1,299 cases in the nation and 26 deaths. There are not reported deaths in Wisconsin.

Libal said that the department is trying to get ahead of another epidemic like opioids and cocaine.

If found guilty, Molina and Ware could both face more than 27 years in prison and be fined $60,000.  Both suspects’ court dates are set for Oct. 14.