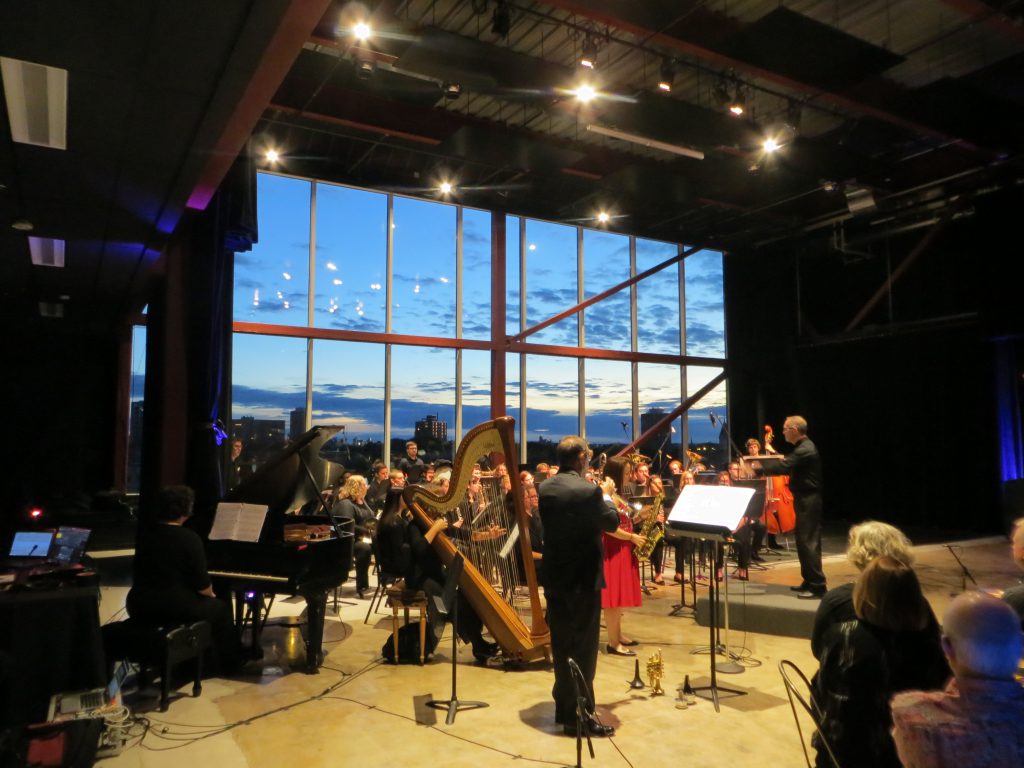 In 2016 John Shannon and his wife Jan Serr donated $1 million for the completion of an unfinished top-floor area in the UWM Peck School of the Arts as a multipurpose event and performance space. After several months in operation, the Jan Serr Studio held its Grand Opening Celebration on Saturday September 28th, at its home in the Kenilworth Square East Building, 2155 N. Prospect Ave.

Shannon and Serr are not the sort to simply throw a million dollars into a university’s attic just to have their names affixed to a plaque.

In her dedicatory remarks, Serr, who holds two degrees from the school, outlined the donors’ vision:

In addition to the top floor, the Jan Serr Studio includes a first-floor gallery and welcoming hall, in a bright space that opens to N. Prospect Ave. The UWM Marimba Band greeted guests as they arrived, adding a festive touch to the evening. Upstairs in the 1914 building, originally constructed as a plant for the Ford Motor Company, caterers bustled about and guests mingled at 66-inch diameter tables arrayed in the room. At the south end of the room, seats were awaiting the UWM Wind Ensemble, which was to perform the world premiere of “A Grand American Celebration,” which was commissioned for the occasion by Shannon and Serr and was composed this year by Kamran Ince, who was in attendance. The orchestra was to perform in front of a massive floor-to-ceiling window at the south end of the room. This feature, which is not original to the building, offers an astounding view of the high rises of the lakefront, and extends southwest all the way to the Northwestern Mutual tower, glimmering in the sunset. To the east a wall of windows reveals the leafy low-rise beauty of the east side, and the majesty of Lake Michigan. Glass doors open to an outdoor patio.

To the right of the orchestra, the versatility of the room was demonstrated when the lights dimmed and dance students performed “Three Views of Secret II,” conceived as “a short portable dance work, like singles from a long playing (LP) album.” The orchestra then took the stage, Ince took his bows, and the concert began.

Among the guests were figures in Milwaukee’s music scene along with friends of the donors. Thallis Hoyt Drake, the founder of Early Music Now, was at a table. She recently had the task of dissolving the MacDowell Club, at 110 years, one of the city’s oldest musical organizations. (The group hopes to leave a $50,000 legacy fund for scholarships as its endowment.)

Also in the audience was Kevin Stalheim, the recently retired founder and director of Present Music, Milwaukee’s new music group. Stalheim says his newest passion “has nothing to do with music.” He says he is engaged in a personal form of cultural immersion, spending hours in Milwaukee neighborhoods absorbing the vibrant culture around him, and listening to the everyday concerns of residents.

Dan Petry, formerly of the school, paid a visit for the event, taking a break from his duties fundraising for the new home of the Milwaukee Symphony Orchestra. Chancellor Mark Mone also made remarks, flush with his recent success in raising a quarter of a billion dollars for the school in a very successful development drive. 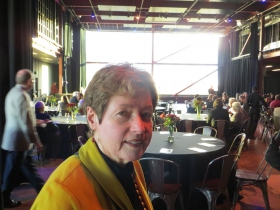 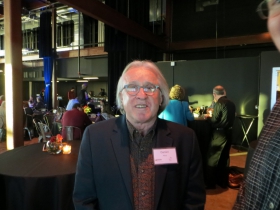 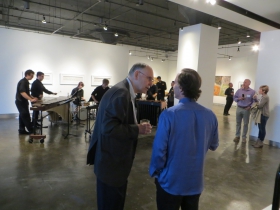 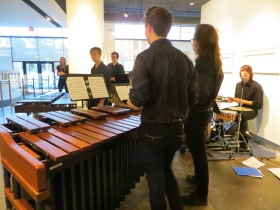 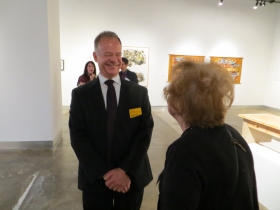 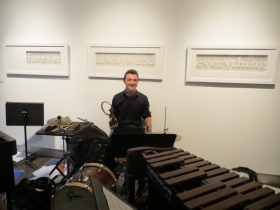