Stone Bowl has a long menu, full of traditional Korean dishes. Try the Hangover Soup, or the authors favorite: Bibimbop. 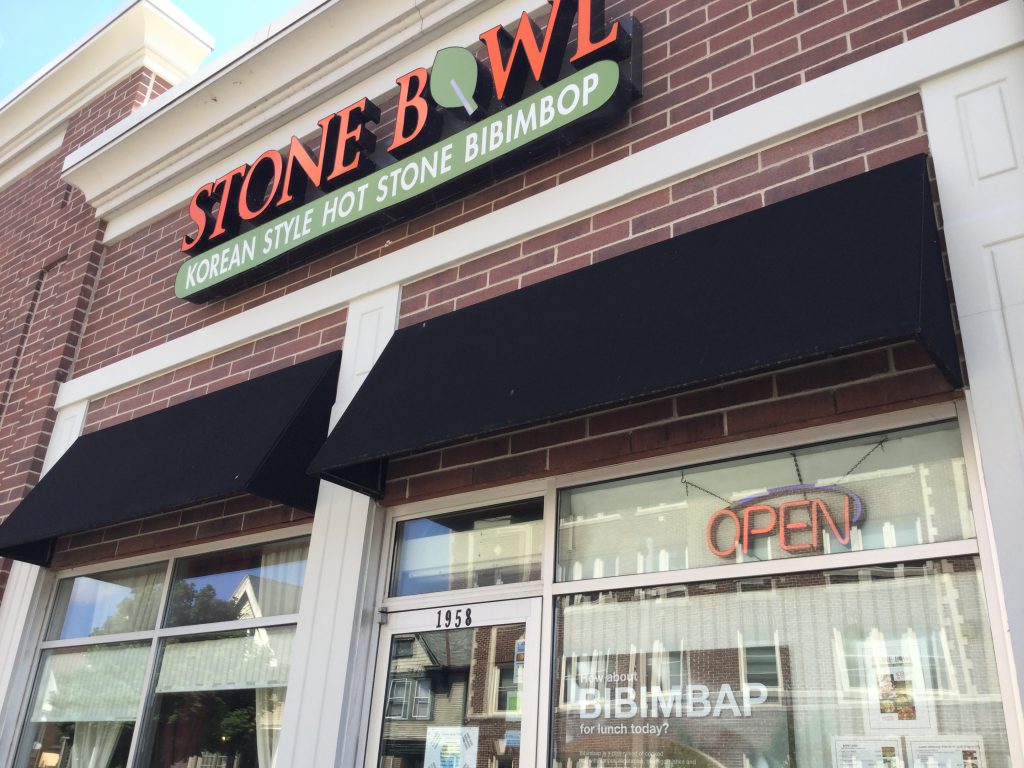 We started our meal at Stone Bowl Grill with Banchan, four small complementary dishes that are traditional starters or side dishes in Korean cuisine, often served with rice. Our server brought them with spoons and plastic chopsticks, but, before we could savor these hors d’ourves-like dishes, she brought the rest of our meal. Although the portions of kimchi, cubed eggplant, potato salad, and spicy noodles, were modest, our server assured us she would bring more if we wished.

As this was a Korean restaurant where they specialize in Bibimbop, a meal in a stone bowl, we expected to encounter more unfamiliar tastes and textures. We were not disappointed. From the initial Banchan, each serving a unique taste of sweet, spicy, sour, and salty, we figured the rest of the meal would be an interesting trip into Korean specialties.

Stone Bowl Grill is more spacious than a quick pass on Farwell Avenue would suggest. A bar, with two lonely seats for people waiting for takeout, anchors one end of a long narrow room, which merges into another room at the far end, making a “T.” The restaurant has a peaceful vibe with muted colors on the tables, booths, and floor, sparked by bright hanging lanterns in primary colors.

The Lunch Special, served from 11:00-2:30 offered $9.95 deals too good to pass on. Little red chili peppers indicated spicy dishes, however, spicy was relative as my companions and I found the pepper-noted dishes fairly mild. Dak, for example, fried chicken and short grain white rice, had some heat, but not enough to justify the red chili.

Jap Che V, stir-fried vermicelli noodles mixed veggies, and beef, an unobtrusive pile of noodles, tiny slices of beef, and many vegetables, tasted far more interesting than it appeared on the plate. The meat had been marinated in soy which gave it a sweet-salty flavor, a contrast to the sourish kimchi vegetables.

For the Bokum with seafood, the chef piled on clams, large ones, tiny ones, plus some squid, and one peel-your-own large shrimp. The U-don noodles, long, fat, chewy, presented a challenge. Were we supposed to slurp them like the Italians, or attempt to slice them into manageable bites? Overall, the dish tasted fishy, not the clean, briny, salty, flavors of the sea, more like something past its prime.

The featured dish, Bibimbop, according to tradition, was a treat for Korean farmers on New Year’s Eve, a tasty way to use up leftovers. It was, and is, served in a heated stone bowl. From a list of proteins, beef, tofu, squid, or kimchi cheese, I chose tofu. I found the tofu disappointing because they served it cold. It appeared that the chef had simply cubed a block of soft tofu and plopped the pieces on top of shredded carrots, corn, pickled zucchini, and short grain rice, then topped it off with a sunny-side-up egg.

As the stone bowl was very hot, I mixed everything together and left some rice on the bottom to get crisp while I ate the rest. It was bland until I doused it with a generous squirt of the hot, spicy, sweet, red pepper sauce. That made all the difference. Then, I had a bowl of contrasts, colors, textures, pulled together by the creamy egg yolk. At the bottom of the bowl, crackity rice and a bit of kimchi made an interesting finish.

As for that room temperature tofu, our server said serving it cold was traditional. Koreans like to break it up and call it a sauce. Hmmmm. Next time, I’ll order beef.

They have a lengthy menu at Stone Bowl, a long list of unfamiliar Korean dishes, at least to me, including a number of barbeque choices to grill at your table, and something they call Hang Over Soup, hot and spicy with kimchi, ham, sausage, and cheese. In addition, Daily Specials like Chicken Ramen, Garlic Chicken, Salmon Teriyaki, Shrimp Tempura, and Red Wine Pork Belly, veer from traditional Korean cuisine.

I’m sure they are all delicious, but when I’m in the mood for Korean food, I’ll stay with Bibimbop. It’s healthy, and because they served it in a hot bowl, it was warm up to the final bite of crunchy rice. It’s what they do best.

And as I said, next time I’ll opt for the beef. 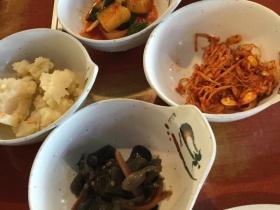 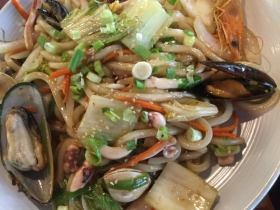 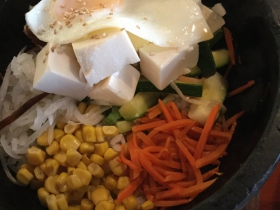 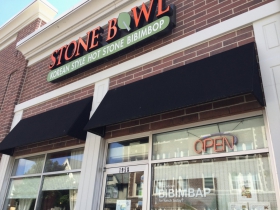 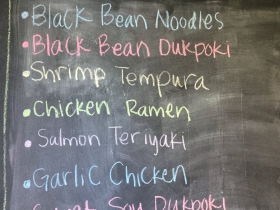 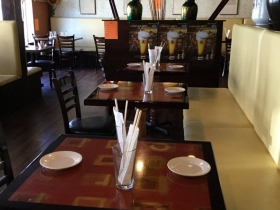 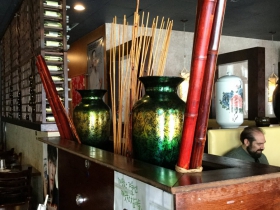 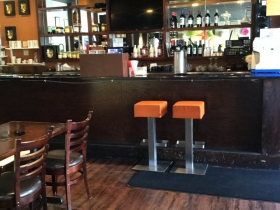