Milwaukee is an increasingly important port of call for cruising on the Great Lakes, visits to city up 100 percent this year.

By Corri Hess, Wisconsin Public Radio - Oct 9th, 2019 10:12 am
Get a daily rundown of the top stories on Urban Milwaukee 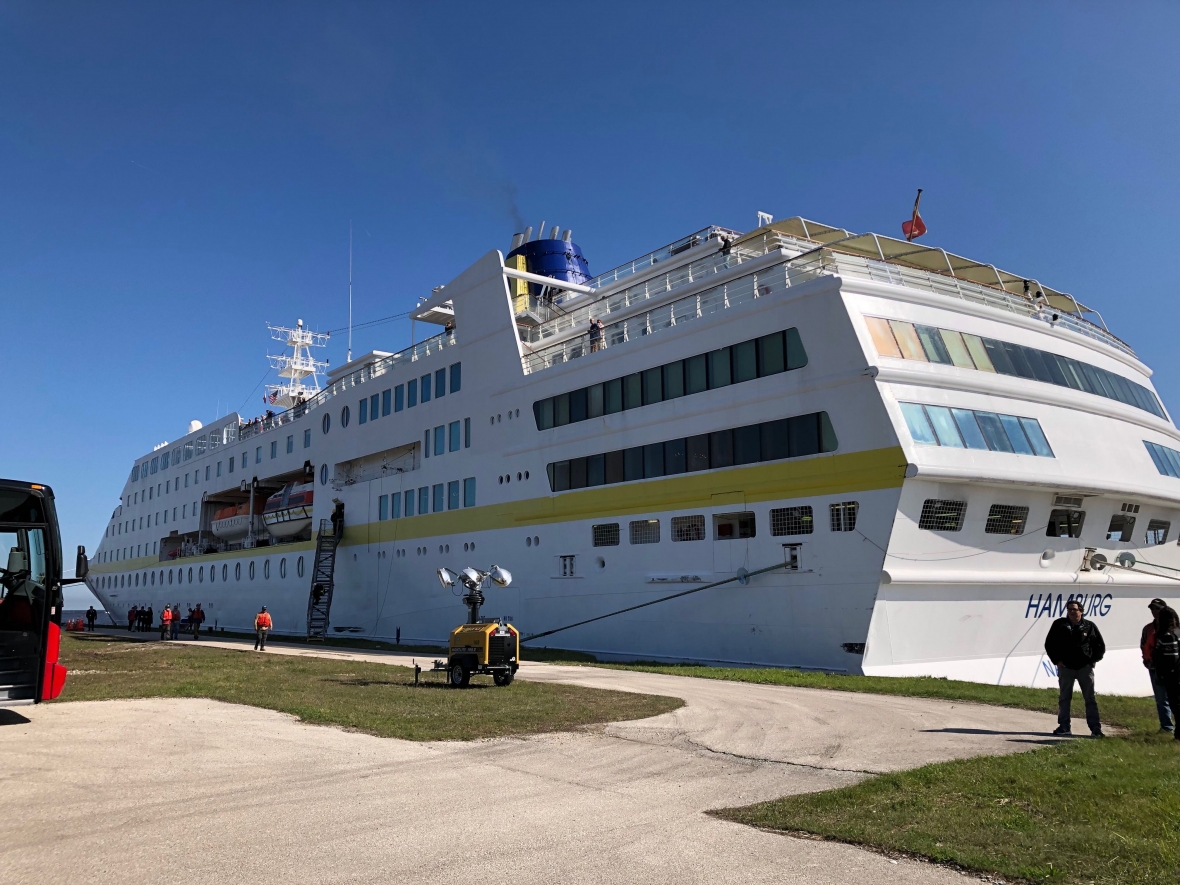 Milwaukee hosted 10 cruise ships this season, more than double the number from 2018. The port estimates cruise ships brought more than 3,200 passengers to the city this year.

Increasingly, Milwaukee has become a turnaround point, so passengers start and end their itineraries in the city, which has meant additional business for local attractions and hotels, according to port officials.

“Milwaukee is an important and growing port-of-call for Great Lakes cruising, and that means more visitors, more tourism dollars, and greater attention focused on our city,” port director Adam Schlicht said in a written statement. “I am pleased with this year’s increase and optimistic that we will see even more cruise ship visits in the coming years.”

The vessel that docked in Milwaukee on Tuesday afternoon markets its cruises to German tourists. It has visited Milwaukee a number of times in recent years.

Nicole Asmussen arrived in Milwaukee Tuesday with her husband and 9-year-old son. The family lives just outside of Hamburg and was hoping to see the Harley Davidson Museum and Milwaukee Public Market while in the city.

So far, the cruise had taken them to Montreal, Cleveland, Chicago, Detroit, Toronto and Mackinac Island in Michigan, Asmussen’s favorite.

“We’ve never been to this region, so it was really our dream,” she said.

The cruise ship season in Milwaukee runs from June through October. Historically, Milwaukee has attracted about five or six vessels. But this year, the city made an effort to go after more tourists.

Several efforts are underway to promote the passenger cruise business in Milwaukee and throughout the Great Lakes.

Milwaukee Mayor Tom Barrett said the 2020 season will likely bring 10 to 12 cruises to Milwaukee. He’s anticipating doubling that for 2021.

Port Milwaukee is owned by the city of Milwaukee and governed by a seven-member Board of Harbor Commissioners appointed by Barrett. It administers operations on the 467 acres that make up the port. It promotes shipping and commerce throughout the region by providing access to domestic and international ships, rail and over-the-road transportation.

In addition to cruise ships, the port also has a strong international cargo business.

More than 1,300 jobs in Wisconsin were supported by cargo moving through the marine terminals located at Port Milwaukee in 2017, according to an economic impact study released last year.

Milwaukee Doubles Number Of Cruise Ships To Its Port In 2019 was originally published by Wisconsin Public Radio.