Urban Anthropology brings the study of anthropology out of academia and into the neighborhood.

By Caroline White, Milwaukee Neighborhood News Service - Oct 2nd, 2019 11:57 am
Get a daily rundown of the top stories on Urban Milwaukee 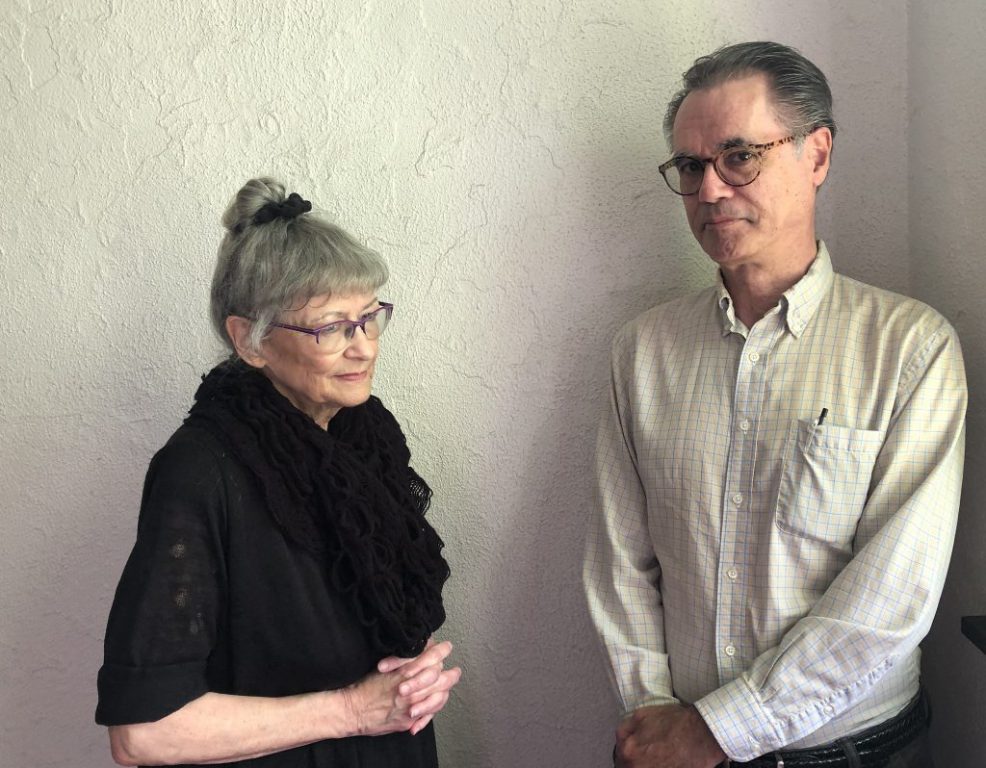 Jill Florence Lackey and Rick Petrie make it their mission to document Milwaukee’s neighborhoods and ethnic groups through their nonprofit Urban Anthropology. “We’re trying to bring anthropology away from the academy and into the neighborhood,” Lackey says. Photo by Caroline White/NNS.

Jill Florence Lackey and Rick Petrie know all there is to know about your neighborhood. In fact, they probably know about the neighborhood next to yours, too.

Lackey and Petrie are anthropologists. Their nonprofit, Urban Anthropology, has been studying Milwaukee’s neighborhoods and ethnic groups for 20 years.

“We’re trying to bring anthropology away from the academy and into the neighborhood,” Lackey said.

Lackey founded Urban Anthropology, or UrbAn for short, in 1999 because she knew that as an anthropologist, she had the skills required to record Milwaukee’s intricate history. A few years later, Petrie joined her.

Lackey and Petrie don’t just conduct studies for themselves. They share them, as part of UrbAn’s mission. A handful of their documentaries are available for free online.

One of their more massive undertakings is an ongoing online database of the city’s neighborhoods. Lackey and Petrie also are compiling a database on the history of Milwaukee’s ethnic groups that they are hoping to launch in the next year.

The databases, in particular, have been a 20-year labor of love for Lackey. She began putting them together the year UrbAn was founded with the help of Petrie and hundreds of other volunteers along the way, and the work is still not over.

“If you know the history of what’s around you, you have a deeper connection that makes you want to make your neighborhood a better place,” Petrie said.

UrbAn also works on various historical exhibits. In late September, the nonprofit reopened its Old South Side Settlement Museum at 707 W. Lincoln Ave. after taking a break to curate new exhibits. The museum chronicles stories of celebrities who used to live on the South Side, discusses its ethnic history and revisits historical events of the area. (The museum is open for tours by appointment or from 2 to 4 p.m. the first Saturday of every month beginning in November. )

Lackey and Petrie also are putting together standalone exhibits in different neighborhoods around Milwaukee, like the model of a traditional Polish flat that is on display at the The Basilica of St. Josephat.

Because UrbAn is a nonprofit, it has to get creative to fund  projects. To stick with its mission of celebrating Milwaukee, Sienna Jacks, another volunteer, writes mystery novels set in historic Milwaukee neighborhoods. The books, a part of “the Milwaukee Series,” are sold through MECAH Publishing, a publishing company focused on Milwaukee’s ethnic arts and humanities. A percentage of Jacks’ book sales go to UrbAn.

In addition to spreading on the word on Milwaukee’s history, UrbAn sends out bimonthly newsletters with current ethnic events and neighborhood programs.

Kathleen Schultz, a Milwaukee native who is involved with the Irish Cultural Heritage Center, said she enjoys reading the Ethnic Newsletter because it helps her engage with other ethnic groups.

“We need to become aware of other ethnicities, other races, other cultures because there can sometimes be so much animosity toward other people outside your circle, but it’s really important to know about” each other, she said. 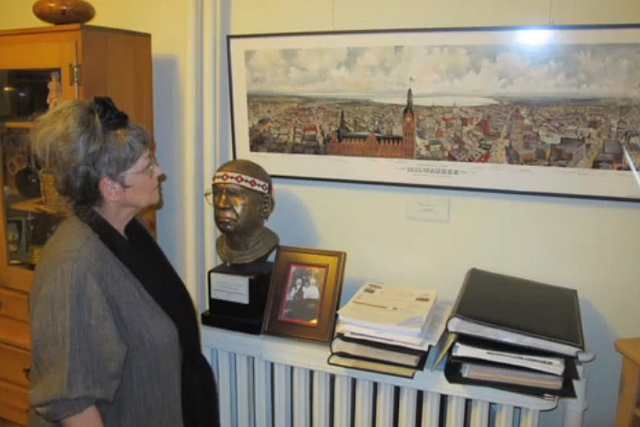 Jill Florence Lackey, founder of Urban Anthropology, believes in celebrating the neighborhoods her nonprofit documents. “The focus is always on the positive because in any neighborhood, I don’t care what its reputation is, you’re going to find something very interesting and very positive,” she says. Photo by Monique Collins/NNS.

For Lackey, the aim of her work is connecting communities.

“The focus is always on the positive because in any neighborhood, I don’t care what its reputation is, you’re going to find something very interesting and very positive,” she said.

Lackey said her work with UrbAn help keeps her motivated.

“I had a fourth-grade teacher, whom I adored at one time, and she always taught us that the only thing that you should be concerned about in life is that you leave this world a little bit better place after you leave it if you possibly can,” she said. “For some reason, from then on, that sort of became my mantra.”