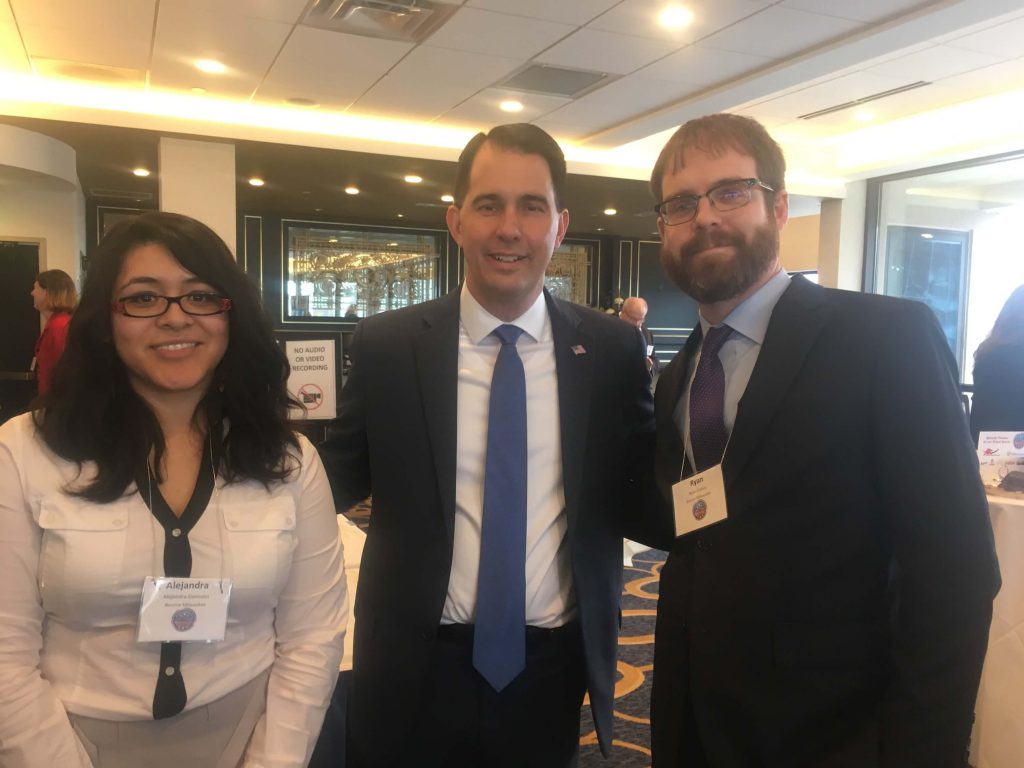 When teacher-turned-restaurant-proprietor Ryan Clancy attended his first restaurant industry lobbying day, he was already a little skeptical of the organization that purported to represent his business interests.

Clancy wanted to know why the Wisconsin Restaurant Association (WRA) was lobbying to block local laws protecting the rights of LGBTQ employees and ordinances that would set higher local minimum wages. Several years earlier, he recalled, it was part of the business lobbying effort that prevented local municipalities from mandating employers offer a minimum number of sick days.

“Everybody goes out to eat,” he said in an interview with Wisconsin Examiner. “I don’t want sick people handling my food, right? I mean, even if we have no concern whatsoever” for employees, “it seems pretty pragmatic.”

Clancy is the owner and operator with his wife, Becky Cooper Clancy, of Bounce Milwaukee, a family entertainment spot in Milwaukee’s Bay View neighborhood. The establishment combines a bar-restaurant with an all-ages entertainment and activity venue. Its attractions range from laser tag and rock climbing to pinball and axe-throwing.

He thought perhaps by joining the restaurant association he could work from the inside to move it in a direction that he felt was more employee-friendly.

But when he attended a lobbying day in Madison in January 2018 and saw the list of talking points that members were urged to share with their local legislators, Clancy’s skepticism hardened.

“One of the big themes of that lobbying push was like, ‘We can’t seem to find and retain enough employees,’” he said. “My obvious answer to that is, ‘Well, you can stop treating them terribly. And you could, you know, support kind of common-sense measures, things like sick days or a higher minimum wage.’”

Instead of traveling with the pack of other WRA members as they walked from one lawmaker’s office to the next, Clancy and the manager he had brought along trailed behind. When the others left one office, they would step in with a counter-message.

“We basically walked into the room after the restaurant association members with their talking points and said, ‘This organization does not speak for the restaurant industry, they speak for a very small amount of [them]. We don’t have consensus on this, and these are not things that we agree with.’”

Back in Milwaukee in the months that followed, Clancy connected with other restaurateurs he knew shared some of his attitudes toward stronger employee rights and benefits. After pointing out how WRA-backed policies seemed to conflict with their shared values, he persuaded some to join a new organization: the Progressive Restaurants and Activists of Wisconsin Network—the PRAWN for short—an explicitly anti-WRA organization that advocates for “employee-centered legislation” in the industry.

The organization charges no dues and is all-volunteer. It has voluntarily registered with the Wisconsin Ethics Commission as a lobbying organization.

Its first foray into lawmaking advocacy is a measure that would use state tax law to encourage—but not require—restaurants to pay tipped employees the full minimum wage rather than paying them the subminimum wage permitted under current law.

State minimum wage is $7.25 an hour—except for tipped employees. If an employee’s total pay including tips is at least minimum wage, the employer only has to pay them $2.33 an hour. (The federal subminimum wage is even lower—$2.13 an hour—but Wisconsin’s law preempts that.)

Under Senate Bill 426, for which there is a companion Assembly bill pending, employers who paid their tipped employees the full state minimum wage before tips, and if tips accounted for last least 5% of tipped employees wages, those employers could retain their state sales tax.

Ultimately, Clancy believes that subminimum wages for tipped employees should be abolished. The bill his group backs gives employers a break for voluntarily moving in that direction.

“We have a huge wage disparity issue nationally and in Wisconsin,” said Jonathan Brostoff (D-Milwaukee), who is sponsoring the draft legislation that will be the Assembly version. “This is one way to correct it to make sure working class people have access to more money.”

Susan Quam, executive vice president of the Wisconsin Restaurant Industry, told Wisconsin Examiner that her organization hasn’t taken an official position on the pending legislation and won’t decide until its board has an opportunity to meet and vote on it. But the WRA has already provided “some informal comment” to lawmakers who’ve called to ask about it, and individual members, she says, have also expressed opposition.

“This kind of change in how sales tax dollars can be utilized creates winners and losers in the restaurant industry,” Quam said, because establishments that don’t have tipped employees wouldn’t benefit from the measure. “This is not something that benefits the entire industry.”

Quam said WRA has met with Clancy about the bill and is aware of his group’s critique of her employer. But she considers many of the criticisms of WRA’s stance on employment laws misplaced. The association opposes local ordinances that govern labor standards because it wants a single statewide standard, she said, since association members are all over the state and many may have establishments in more than one community. 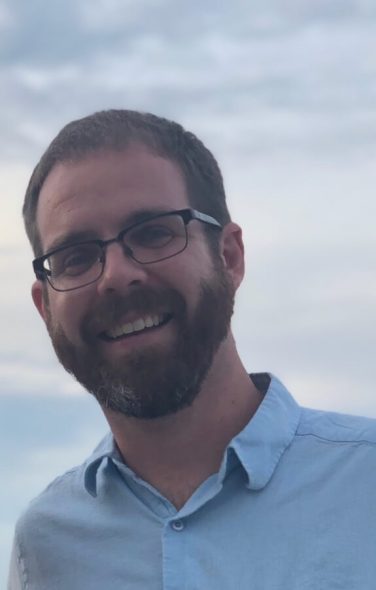 Ryan Clancy founded Progressive Restaurants and Activists of Wisconsin Network as an alternative to the Wisconsin Restaurant Association to advocate for stronger employment laws. Photo by Alex Homann.

Given his background, Clancy’s views of the restaurant association probably aren’t surprising.

He’s long been a social activist, protesting the Iraq War in the early 2000s and being arrested after an overseas trip in which he met with and taught Iraqi children prior to the U.S. invasion and brought them crayons and paper. Accused of violating federal sanctions against the country, he was initially charged with a federal criminal offense; it was later converted to a civil charge.

Clancy is now running for a seat on the Milwaukee County Board in the 2020 election.

Before Clancy and his wife opened Bounce Milwaukee, she worked for a nonprofit and he taught high school English at Milwaukee Public Schools, where he was a member and building union representative for the Milwaukee Teachers Education Association.

“We kind of came at business ownership in a different way than maybe some people do,” he said. “When we’re talking about decisions for the business, that everything comes down to how do we better our employees in the community.”

In founding PRAWN, he was inspired in part by the national organization ROC United—the Restaurant Opportunities Center—and its RAISE project: Restaurants Advancing Industry Standards in Employment.

Clancy dropped one local coffee supplier because the management at that company resisted—and ultimately defeated—a union drive among its own employees.

He’s even told his employees he would welcome and encourage them to form a union, although he knows he can’t under labor law sign them up without their consent. So far they’ve turned him down.

On his 2018 lobbying day visit, there was another moment that further underscored that for him, the traditional restaurant lobby wasn’t a good fit.

At the time, Clancy recalled, efforts were still underway in late 2017 and early 2018 to pass “a clean Dream act” that would ensure legal residency for the children who grew up in the U.S. after being brought here when still young by undocumented immigrant parents—so-called “Dreamers.”

The manager he had brought to the lobbying day was Alejandra Gonzalez Aviña, herself a Dreamer who arrived in the U.S. when she was 4 years old.

At one point, Clancy said, he and Aviña found themselves face to face with Gov. Scott Walker. “I kept asking, ‘So you just heard all of these restaurant owners say it’s really difficult to find and retain good employees,’” he recalled telling the governor. Backing a clean Dream Act would, he tried to suggest, help both restaurant owners who needed workers as well as the workers themselves.

It didn’t quite turn out that way, however. “As soon as I introduced her as a Dreamer,” Clancy said, “he literally pivoted away from her and would not even engage with her.”