Reflections Within a Riot

‘Fires in the Mirror’ propels power of documentary theater 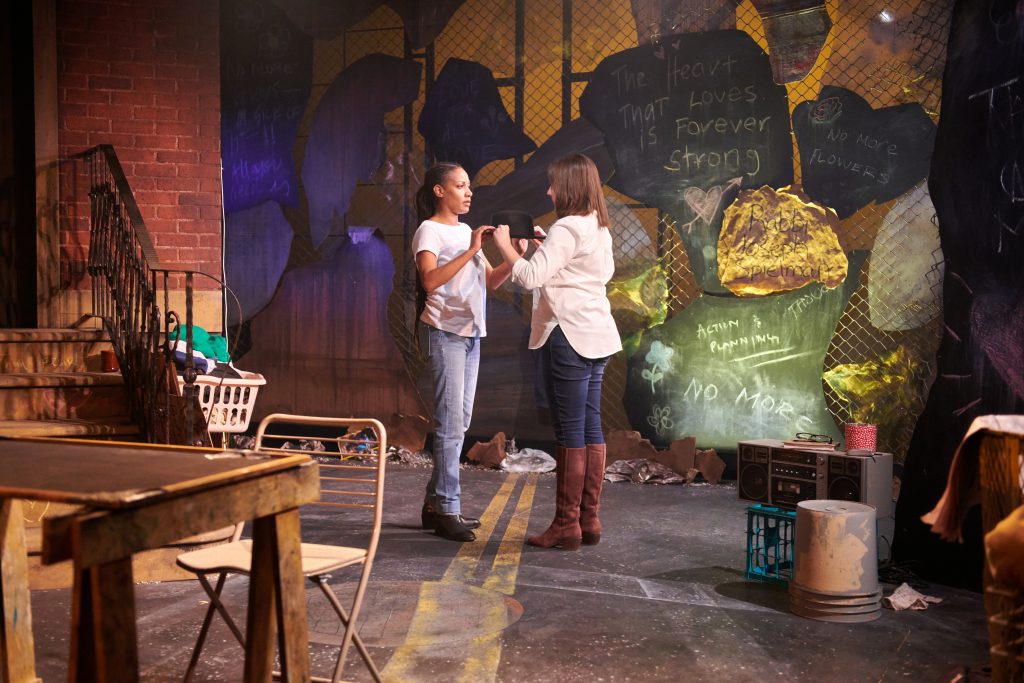 “Fires in the Mirror.” Photo by Paul Ruffolo.

With her ability to perceive, transcribe and then occupy multiple unknown and famous personalities involved in major social conflicts of our time, Anna Deavere Smith may have mainly been exploring documentary theater to create one-woman material for herself. But over 30 years and considerable commercial success as an actress, her inventive insights and quests for understanding have created a rich field for other actors and directors to mine.

From 27 years ago and the Crown Heights riot in Brooklyn between the black and Jewish communities comes “Fires in the Mirror,” which will be grabbed by one male actor next month off-Broadway and here has been split by two directors, Marcella Kearns and C. Michel Wright, for two notable Midwest actors (Marti Gobel and Elyse Edelman) through Oct. 13 at the Broadway Theater Center’s Studio Theater, presented by the Milwaukee Chamber Theatre. These are the latest continuations of Smith’s plays, which have been performed extensively here and elsewhere.

But we are not plunged into the bigotry and hostility that spawned the riot proper until the second half.  The first 50 minutes explore seemingly disjointed monologs requiring the audience to work at understanding the issues of identity, race and fear that continue to galvanize our society.

The riot itself was a bizarre collision of hatreds. It began when a Jewish man lost control while driving in a rabbi’s motorcade and fatally struck 7-year-old black boy. An angry black mob led to the fatal stabbing of young Jewish student visiting the neighborhood. Three dark violent days followed and “Fires in the Mirror” explores both the human pain and the vicious rumors.

Both MCT performers have that special range of vocal skills and that unique actor way of drawing stillness around themselves. Gobel is well known to Milwaukee audiences for the power with which she can shift emotional gears. Edelman gets inside the nuances and overlooked edges of characters often neglected by society.

Both actors are mixing presentational stylings with emotions that dig under the skin. As playwright mainly for herself, Smith may never have known how well she was working for others, but she sure was. Yet her very insistence on complexity of human understanding presents constant challenges in the performance.

Sometimes the presence of two actors where she built for one introduces an awareness of how much they have to trade off. There is a building of emotional involvement in the audience, somewhat alarming since our own prejudices stir our involvement, a trickery that we seldom noticed when there was just one performer.

None of the embodied speakers are spreading comfort. The actors use a master class of dialects and body controls while always offering a scribble or exposed placard to keep us aware of who is speaking. Surprisingly this doesn’t slow the action down but alerts our interest. Lisa Schlenker’s cluttered but functional set reminds us we are only scratching the surface of those complex human scribbles.

Many of our reactions are politically charged, many are bigoted in ways that make us wince and laugh. We are torn between admiration of the skills involved and what I think was Smith’s main attention —  making us think.

“Fires in the Mirror” Gallery 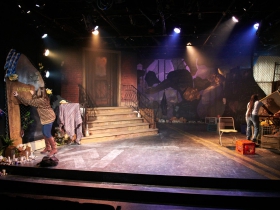 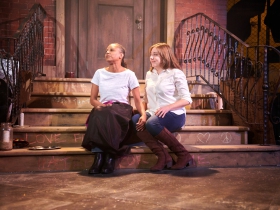 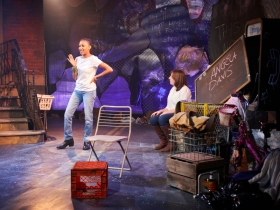 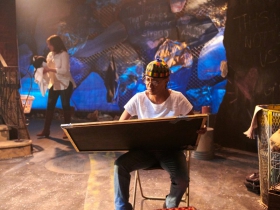 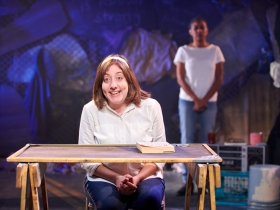 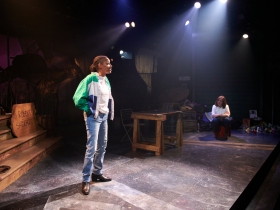