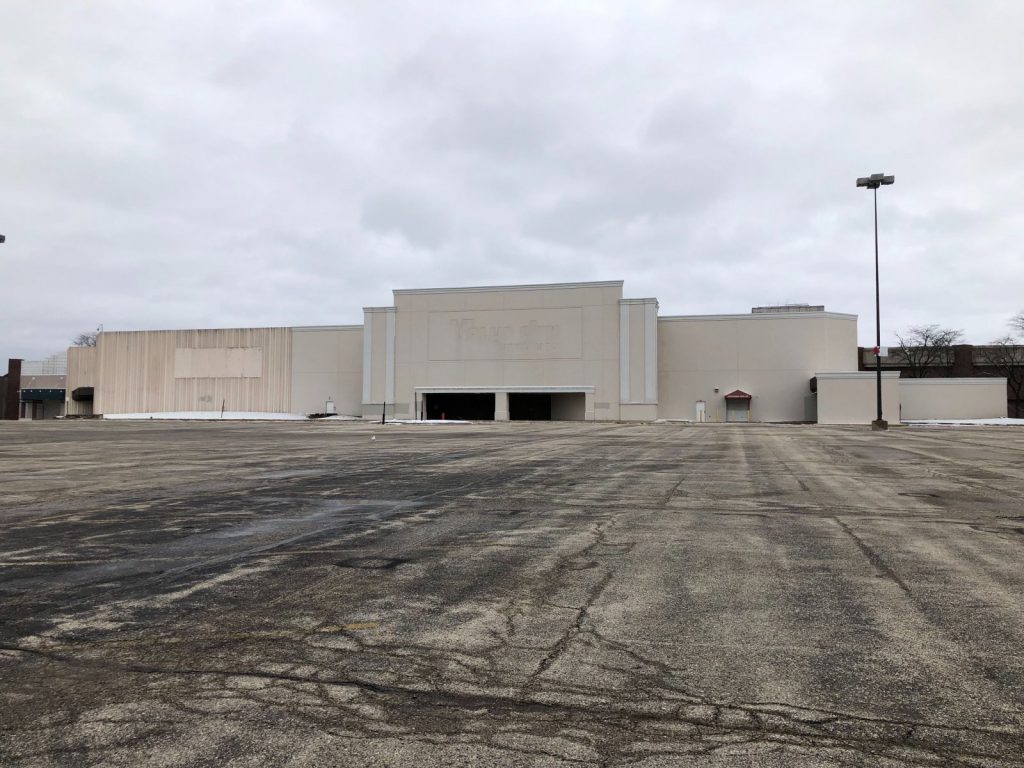 While the fight over the future of the long-shuttered Northridge Mall is headed to court, the city is moving forward with one of the properties in the complex it owns.

The Department of City Development (DCD) is advancing a proposal, through the Redevelopment Authority of the City of Milwaukee (RACM), to clear the interior of the former Boston Store at 8919 N. Granville Station Rd.

It’s going to cost over $1 million to demolish the entire 153,000-square-foot building, but the city is preparing to spend up to $400,000 to remove hazardous materials, notably asbestos, from the interior of the building. The funds would come as a grant from RACM’s Brownfield Revolving Loan Fund, which is funded by awards from the Environmental Protection Agency.

DCD and RACM officials presented their plans to the RACM board last week.

“We are very cognizant of not granting all of these funds out. We still want to loan them,” said RACM assistant director Dave Misky. Only 20 percent of the $10.2 million fund can be used as grants, with the city previously using it for projects in the Menomonee Valley and Century City.

“The city did look at options for rehabbing this building, but the costs to do for many reasons are just much much too significant,” said DCD senior environmental project coordinator Mat Reimer. DCD Commissioner Rocky Marcoux has previously stated that the city would like to subdivide the approximately eight-acre site into a home for two to three industrial firms.

Demolition won’t be easy though. “It’s 1970s concrete, which is apparently a beast to work with,” said Reimer. The city will also have to contend with the fact that building isn’t a free-standing structure. “There is going to be some significant building separation issues with the mall and Menard’s.” Menard’s still operates a store at the south end of the mall complex.

Boston Store closed in 2003 alongside the rest of the mall, with Value City Furniture occupying a portion of the property until March 2009.

Penzeys Spices owner Bill Penzey donated the Boston Store property and the mall’s former ring road to the city in 2017 after failing to acquire the entire mall complex from the China-based U.S. Black Spruce Enterprise Group. He had sought to redevelop the mall into a marketplace and new corporate headquarters. The city announced it was issuing condemnation orders on Black Spruce’s three properties in April as part of a move to seize control of the mall.

Board member Bill Schwartz asked what the city is doing to prevent the loss of life recently seen in Black Spruce’s vacant property when a maintenance worker was electrocuted by a vandalized electrical box.

“We have taken care of our electrical issues on our site,” said Misky, noting that We Energies has severed power to the property. “We as RACM and DCD staff visit the site regularly,” said Reimer, noting that employees check weekly to make sure the site is secure. Reimer said the Milwaukee Police Department also regularly goes by the site.

Area Alderwoman Chantia Lewis said a video created late in 2017, legally filmed inside a small portion of the Black Spruce-owned portion of the mall, has inspired a wave of vandalism and trespassing.

The RACM board originally approved a request to submit a grant application this spring to the Wisconsin Economic Development Corporation for $250,000 to support demolishing the vacant department store. Misky told Urban Milwaukee via email that the city opted against applying for that grant because the funds were intended for “main streets” properties, the need for a significant match ($750,000) and “the Authority would not be able to use the State funds to make much of a dent in the overall costs to tear the building down.”