Lives of the Urban Coyotes and Foxes

UW Project studies how they can survive and even thrive in a city. 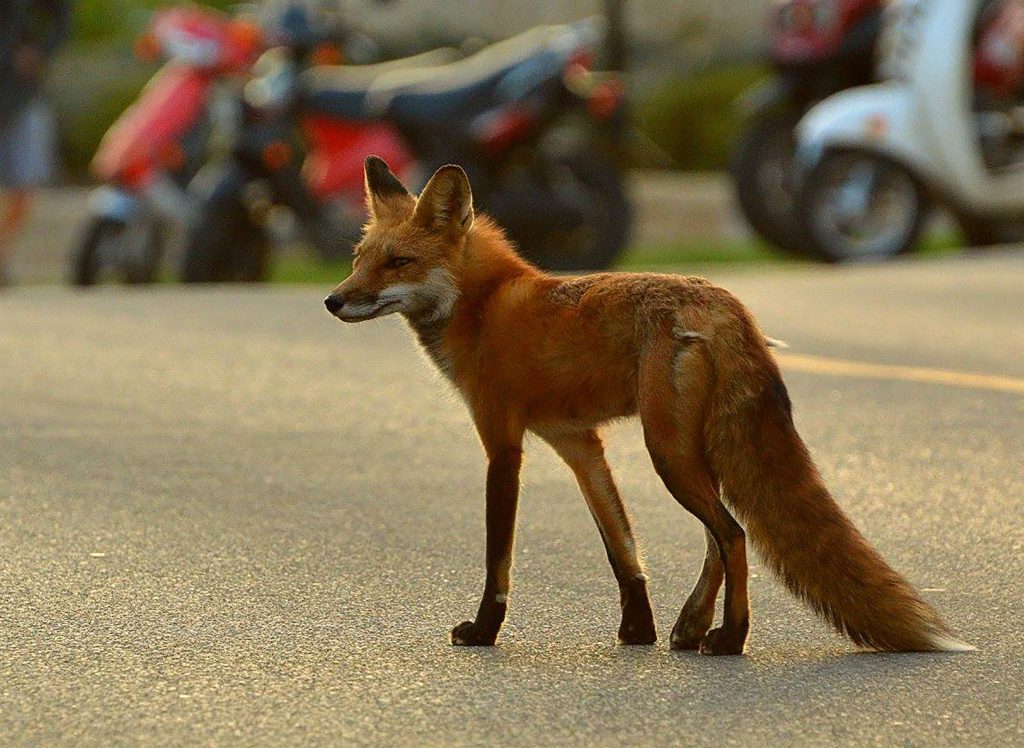 A red fox walks on a street in Madison. Photo courtesy of the UW-Madison Urban Canid Project.

Red foxes and coyotes are a curious bunch of carnivores. When born into packs that have abandoned their species’ typical habitats, these highly adaptable canids quickly take to quietly hunting and scavenging among the parks, pavement and refuse on offer in urban and suburban communities across Wisconsin. Now, scientists studying coyotes and foxes living in the state’s capital are beginning to unravel how these city dwellers differ from their country counterparts, sometimes in surprising ways.

Led by wildlife ecologist David Drake at the University of Wisconsin-Madison, these researchers have observed behavior that suggests the critters may be more prone to peaceful coexistence than are their highly competitive peers in the state’s hinterlands. This difference is despite the reality that, like their human neighbors, urban canids live in closer proximity to each other than they typically would outside the city.

Drake described the observations in a March 26, 2016 talk on the UW-Madison campus recorded for Wisconsin Public Television’s University Place. They are among a slew of new information that has come out of Drake’s UW-Madison Urban Canid Project, a long-term research and monitoring program that relies on a mixture of tracking techniques and technology and crowdsourced resident observations to shed light on the secret lives of Madisonian canids.

“Typically, the distribution of fox on the landscape is completely dictated by where coyotes are or they are not,” Drake explained. “And, typically … out in the countryside, if coyotes can catch [a] fox, they will kill that animal, not to eat it necessarily, but to limit competition.” 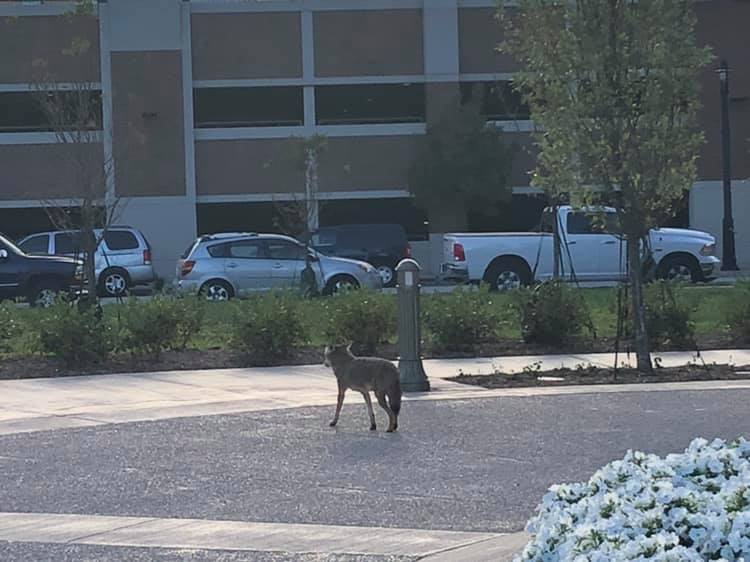 Meanwhile, Drake and his colleagues have observed coyotes (Canis latrans) and red foxes (Vulpes vulpes) seemingly coexisting with very little conflict. In one instance, a coyote and a fox wearing radio collars were observed via location data to be foraging in close proximity to one another for more than an hour. In another case, coyotes were visually observed scavenging a rabbit carcass from a fox den (peaceful coexistence does not necessarily equate to polite behavior) while the foxes remained in the vicinity.

“This behavior continued for close to one month, with no attempts from the red fox family to relocate to any of several available nearby dens,” Drake and his colleagues reported in a January 2018 journal article based on their observations.

Such behavior between the two species is unusual, and it hints at just one of several potential ways the widespread carnivores are adapting to urban environments, where resources are aplenty.

“What we’re looking at here in the city, and our working hypothesis, is that these animals were actually able to get along,” Drake said in his 2016 talk. 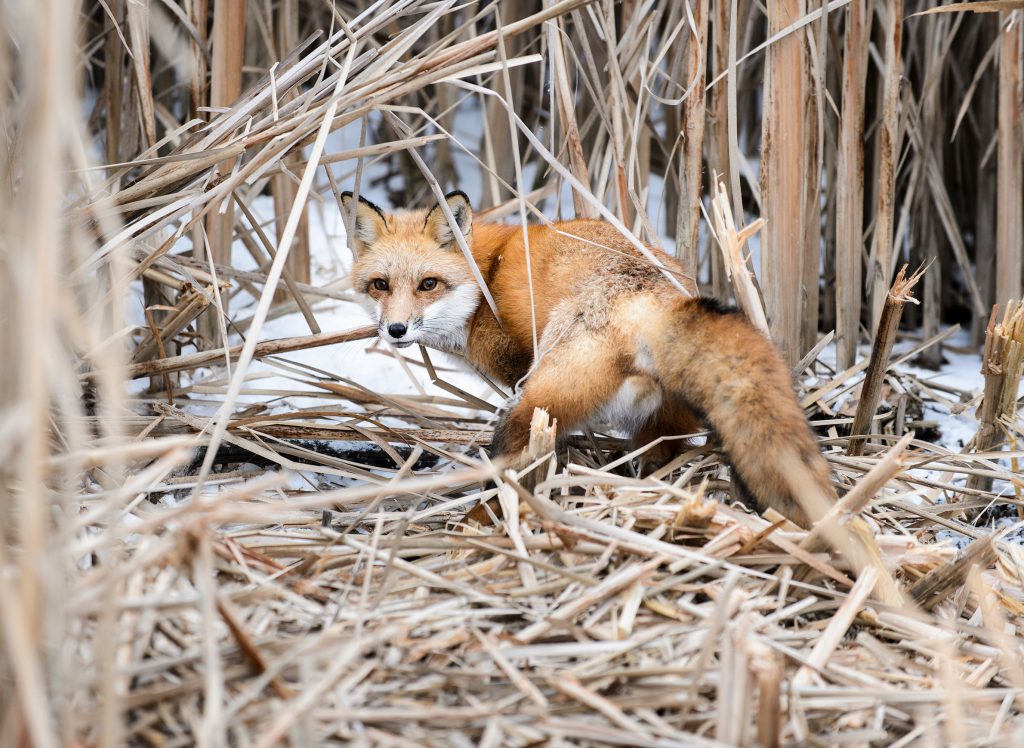 A young adult fox captured as part of the UW-Madison Urban Canid Project is pictured on Jan. 23, 2015 before being released from a cable restraint on the university campus near the Lakeshore Nature Preserve. Photo by Jeff Miller/UW-Madison.

And yet, urban coyotes and foxes behave similarly to their rural counterparts in a lot of ways, according to Drake. They generally remain territorial, especially within species, and they don’t often stray into each other’s claimed spaces let alone come into direct contact.

Additionally, coyotes prefer to stick to cities’ large natural areas, such as the UW Arboretum and Owen Park in Madison. On the other hand, foxes tend to venture into neighborhoods more often. Drake’s observations, along with those of other urban canid researchers in Chicago and elsewhere, also confirm that both subsist on strikingly similar diets to those of their peers in wilder habitats, including rabbits and small rodents.

At the same time, these canids have more abundant options, and they aren’t above scavenging from a backyard compost pile or other refuse. And, Drake conceded, coyotes will attack unattended small outdoor pets and fowl, though the incidents are fairly rare.

The abundance of resources that may ease the tension between urban coyotes and foxes do come at a cost, though, as the canids must also contend with threats that accompany city life, leading with cars. Many of the canids Drake and his colleagues have tracked over the years have met their fates while attempting to cross a road.

In the end, Drake hopes the urban canid project can encourage city dwellers to engage with the natural environments around them and inform decision-making among wildlife managers. With a rapidly urbanizing global society and increasing pressure on wild places, it behooves humans to better understand the animals that share their spaces, he said, which together make up the globe’s fastest-growing habitat. 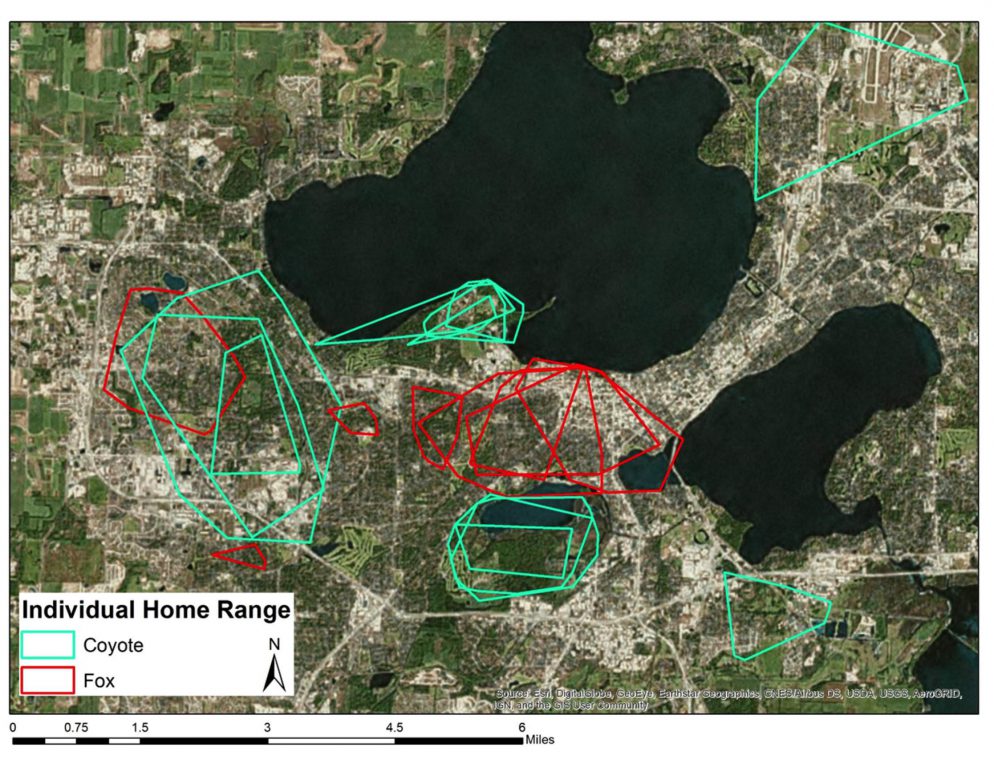 The (Not So) Secret Lives Of City-Dwelling Coyotes And Foxes was originally published on WisContext which produced the article in a partnership between Wisconsin Public Radio and Wisconsin Public Television.