Historic Apartments at 5th and National 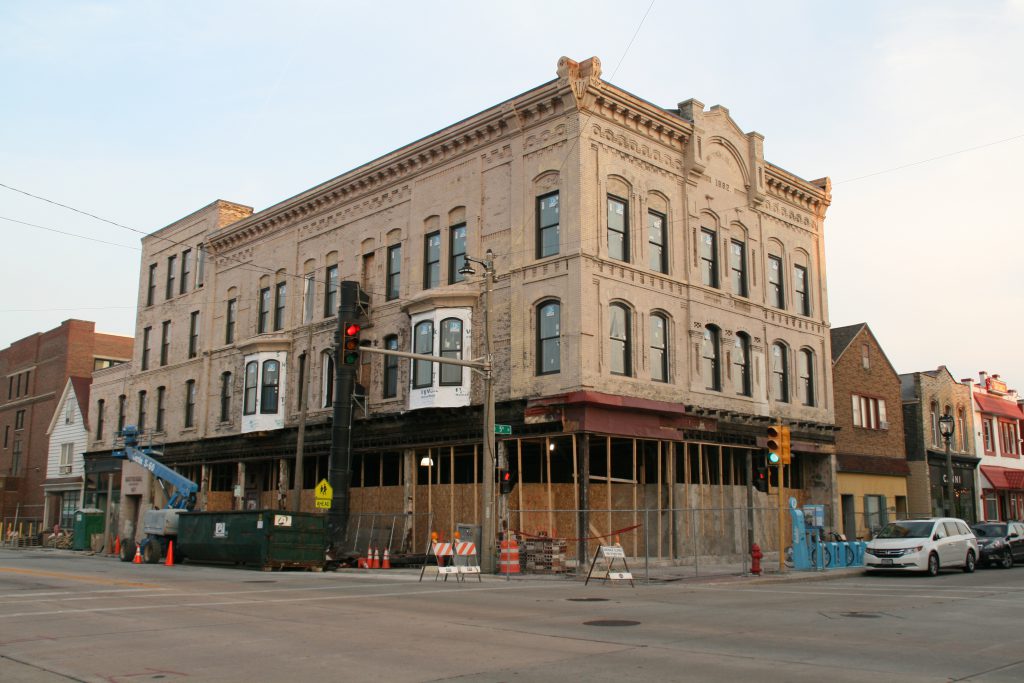 Developer Michael Morrison is nearing the home stretch on his transformation of a 134-year-old Walker’s Point building.

While the first floor is completely exposed at the moment, substantial progress has been made since we last covered the project in September 2018. New windows line the upper floors, through which framed-out apartments are visible, and an opaque first-floor facade has been removed.

According to permits on file with the city, the redeveloped building at 425 W. National Ave. will contain 12 apartments and first-floor commercial space when work is complete. The $4 million project is being designed by Continuum Architects + Planners.

The three-story building has long been used as a rooming house, but was faced with a raze order from the city in 2016. Morrison was able to save the building from the wrecking ball by purchasing it and introducing a plan to aggressively rebuild the structure.

Because it is listed on the National Register of Historic Places, Morrison was able to leverage federal and state historic preservation tax credits to finance the building’s redevelopment.

City records indicate the structure was first constructed in 1885, though the Wisconsin Historical Society lists an 1882 date. The cornice on the building gives its original name, “National Block.”

Morrison leads Hartland-based home builder True Inc. This is his first large development in Milwaukee. But his firm is likely avoiding a number of headaches associated with scaling up an operation by serving as its own general contractor.

He’s also saving a bundle on his taxes at the moment. The building is assessed for $100 and the land $19,900 according to city assessment data. That number will skyrocket when construction is complete.

Future residents of the one- and two-bedroom units will find transportation convenient. A Bublr Bikes dock is outside along S. 5th St., a number of bus routes criss-cross the area and Morrison purchased a nearby surface parking lot along S. 4th St. for drivers.

It’s possible Morrison’s project isn’t the last construction project on the intersection. Now that the Milwaukee Ballet has relocated to its new home in the Historic Third Ward the “for sale” sign has gone up on its former home at 504 W. National Ave. The building, originally built as the Schlitz Brewing Tivoli Palm Garden, has been substantially altered on the inside likely creating an opportunity for a blank slate for its next owner. 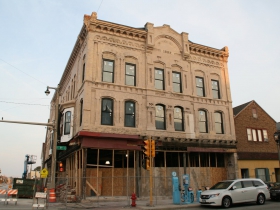 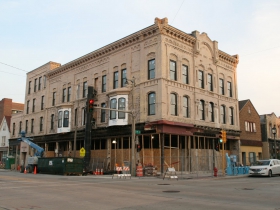 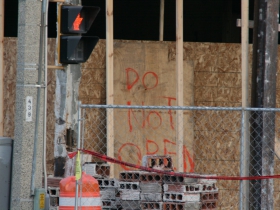 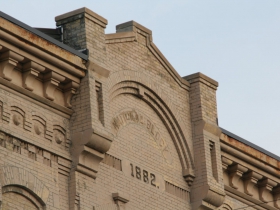 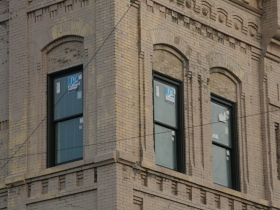 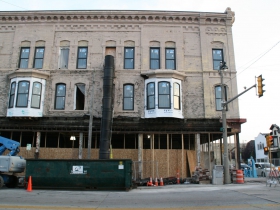