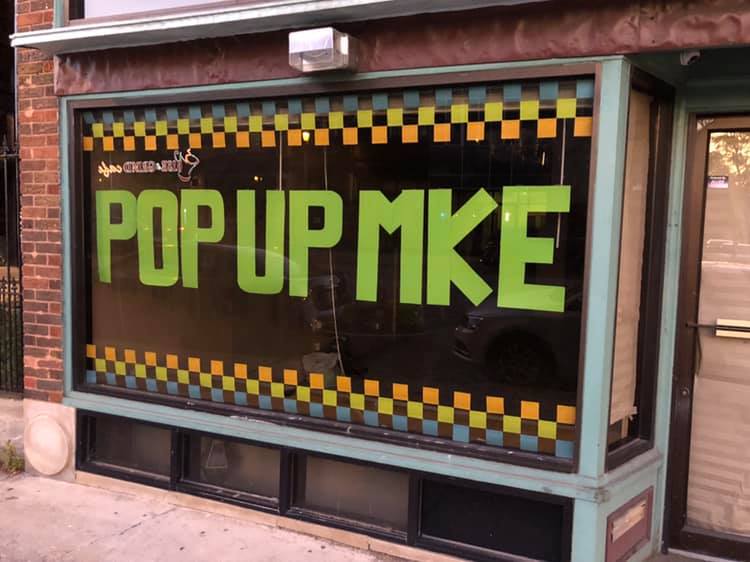 Pop-Up MKE, the small-business incubation program led by the City and the Local Initiatives Support Corporation (LISC) Milwaukee, announced its second round of participating businesses Monday morning. The program is designed to grow small businesses led by people of color in the city’s many commercial corridors.

“The pop-up shop concept is not new. However, Pop-Up MKE’s focus on incubating entrepreneurs of color and renovating vacant commercial properties in historic commercial corridors sets this program apart,” said LISC program director Beth Haskovec. “Through collaboration, we are creating opportunity and spurring positive change in these three corridors. The excitement and support the program and the businesses have received from the Milwaukee community has allowed us to continue this important work for a second year.”

The businesses will open over the next few weeks, each with its own hours of operations. Information will be posted on Pop-Up MKE’s Facebook page as the businesses schedule their openings.

The Cesar Chavez location will be home to LUNA, a Latinx artist collective and Artesenia, artisan pottery from Guanajuato, Mexico. The W. Fond du Lac Ave. location will include The Classic Shoppe, a clothing brand dedicated to promoting the idea that our culture is not a trend, Elevated Healing & Wellness, which provides massage therapy and bodywork techniques and Quiescent Moments, a retail candle and home goods line. The King Drive location will house Beware of Savage, a streetwear brand and NEXT|HIIT, a multi-purpose private fitness company.

After 45 to 60 days, the first seven businesses will be replaced by five new businesses.

That second wave of businesses includes: FOUR THE CITY, an apparel brand that mixes pop culture with Milwaukee; Tranquilidad, which seeks to bridge the gap between mental and physical health by establishing healthy habits in exercise, nutrition and mindset; Crowned Soles, a women’s shoe store; Angels in Style, a “one of a kind” custom apparel company; and Gifted Clothing, a clothing line based on the idea that everyone has a God-given talent.

“The entrepreneurial spirit is strong in Milwaukee, and Pop-Up MKE provides a big step forward for many people to realize their dreams,” said Mayor Tom Barrett in a statement. “In a supportive location, these budding business people can introduce their products and generate buzz.”

The program is supported by a grant from Chase Bank that supports preparing the storefronts for occupancy (“white box” state) as well as financial and in-kind support to the businesses. The Pop-Up MKE support comes as part of a $3.5 million grant from Chase to support the Brew City Match program that is intended to revive the city’s historic commercial corridors.

Missed out this time, but still want to be a part of the program? The next round opens in November for applications with occupancy scheduled for February 2020. Haskovec said that LISC and the city are also looking for property owners looking to lease out spaces.