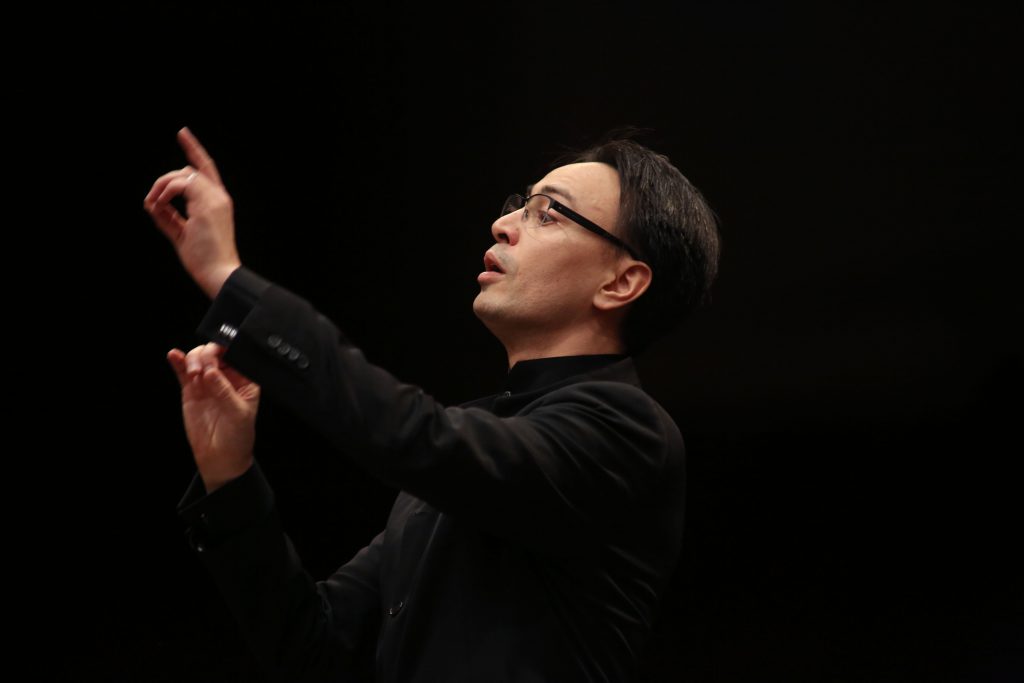 Milwaukee Symphony concertgoers of German heritage must have felt pretty proud this weekend, as the season commenced with a concert of German repertoire hand-picked by new music director Ken-David Masur as a way to introduce himself. Mausur discussed his personal connections to this music in a wide-ranging interview two weeks ago with Urban Milwaukee.

Maestro Masur received a warm welcome, with a standing ovation from the audience the first time he appeared onstage. After a ceremonial performance of The Star-Spangled Banner, he launched into Wagner’s Overture from Die Meistersinger. Masur conducted this score from memory, with organic gestures that emphasized growing and blossoming phrases. This translated nicely to the orchestral sound; the long melodies had a fine sense of line. The brass often provided a nice background glow, and Masur’s pacing of dynamics paid off in a satisfying climax.

On this eve of legendary pianist/composer Clara Schumann’s 200th birthday, it was a wise choice to program the piano concerto her husband Robert wrote for her. But it received a rather puzzling performance. Masur and pianist Nicolas Namoradze, perhaps trying to draw more details out of the score, restrained dynamics to a fault in the first two movements. The results came across as sedate and undercooked. Namoradze’s phrasing and timing weren’t always effective, though he has a solid tone. A few highlights still shone through: a perfectly sweet oboe solo from Katherine Young Steele at the beginning, and some lovely cello melodies in the central Intermezzo led by Susan Babini. In the finale, Namoradze came more to life; indeed, this movement has the most interest as a real solo part for the pianist. This revealed more strength and range in his tone, and he ably conquered the passagework. Overall, it wasn’t a mind-blowing performance (and in a rare occurrence, the audience reaction didn’t merit an encore), but the concerto did cast a certain spell of delicacy with the dynamics turned down a notch.

At the top of the second half, Masur addressed the audience, bringing awareness to Clara Schumann’s important anniversary, and gave some context to Detlev Glanert’s Brahms-Fantaisie. This next piece was supposedly an abstract riff on Brahms’ Symphony No. 1, but I had trouble picking out some of the content specific to that piece. I’ll have to listen again. I did, however, enjoy some string clusters that achieved an accordion-like sound and some exciting moments of concentrated energy.

Richard Strauss’s Suite from Der Rosenkavalier really saved the night. Right from the exuberant opening, with juicy strings digging in, it seemed like we were suddenly on another plane of music-making. In the first waltz section, Masur did a great job of growing the energy and applying nice rubato. He clearly had a feel for the style and his conducting had real gusto, including some high steps in the most infectious parts of the dance. Principal oboist Steele got many more moments to shine, in her duets with principal horn Matthew Annin and with concertmaster Frank Almond. The climax in the penultimate section was positively luminous. During the ovation after the performance, MSO president Mark Niehaus handed Masur a flower bouquet, which Masur promptly began to distribute among the principals. That was a sweet touch.

Despite the slight misfiring of the Schuman concerto, this concert showed Maestro Masur’s love for German orchestral repertoire, and I think the lush ear-candy of Strauss left the audience excited for the season’s future musical adventures.