Foxconn Changes Plans In One Day

Announces fancy nine-story dome it will build, then switches to one-story warehouse-like building.

By Corri Hess, Wisconsin Public Radio - Sep 13th, 2019 01:16 pm
Get a daily rundown of the top stories on Urban Milwaukee 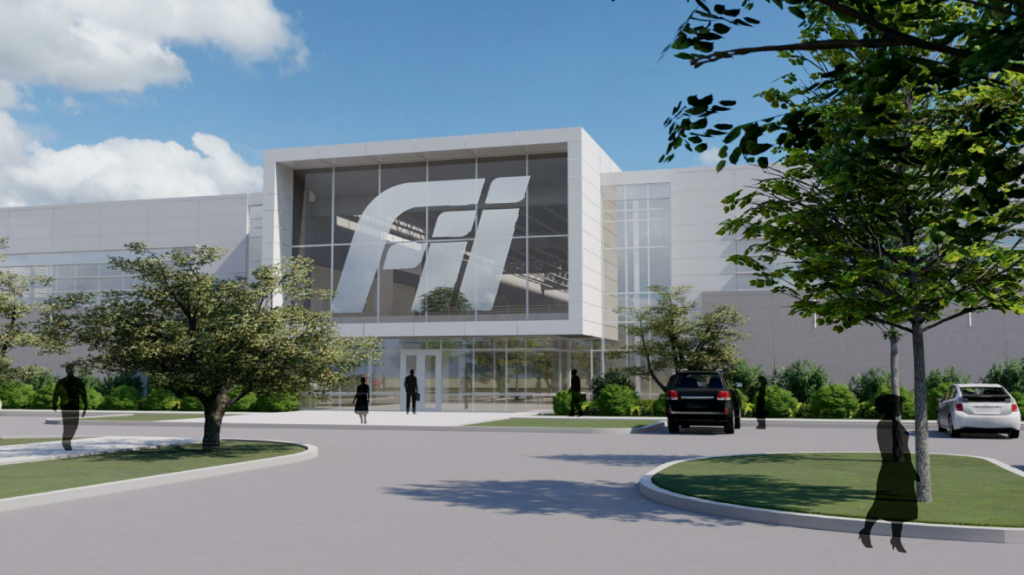 A rendering shows a proposed building on the Foxconn manufacturing campus being considered by village of Mount Pleasant officials. Rendering courtesy of the Mount Pleasant Development Department.

Foxconn’s plans to build a nine-story circular office building reminiscent of Epcot’s iconic Spaceship Earth building at the entrance of its Orlando theme park in Mount Pleasant have been put on hold.

On Thursday morning, Sam Schultz, community development director with the village of Mount Pleasant, released plans to Wisconsin Public Radio about the project at 12001 Braun Road. The plans also included an approximately 34,000-square-foot building at the site.

The building, Schultz said, was going to serve as Foxconn’s network operations center. It would have been a central location where administrators will “manage, control and monitor one or more networks.”

“The overall function is to maintain optimal network operations across a variety of platforms, mediums and communication channels. This Network Operations Center will feature a visual representation of the networks being monitored and workstations where detailed network statuses are monitored. Software is employed to help manage the networks,” the plans read. 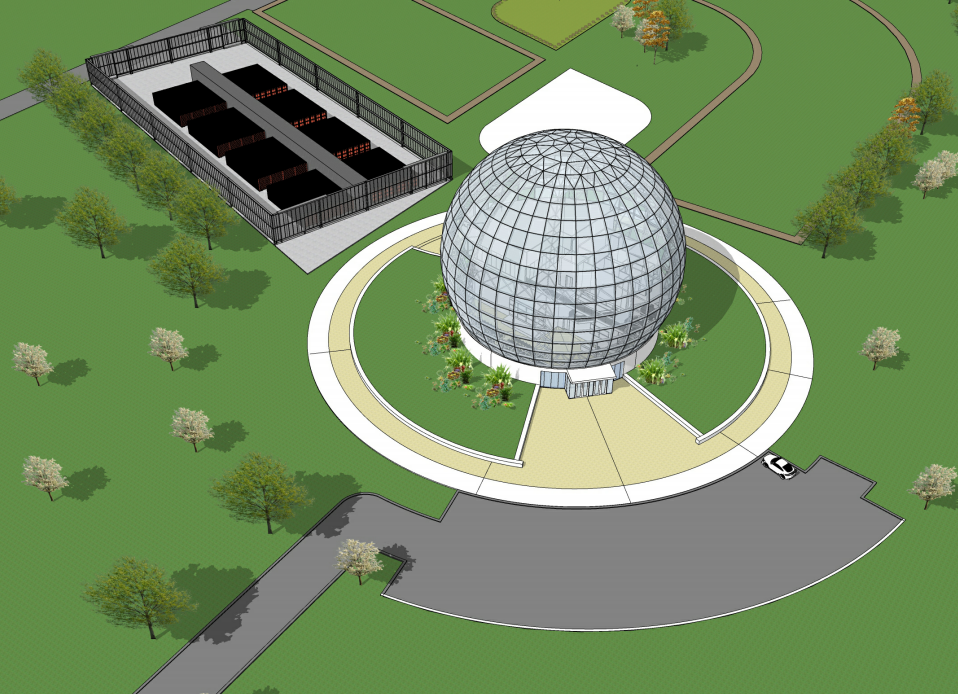 A rendering shows a proposed 10-story building on the Foxconn manufacturing campus is being considered by village of Mount Pleasant officials. Rendering courtesy of the Mount Pleasant Development Department.

Architectural plans submitted to the village show three more buildings near the network operations center. One is 28,700 square feet, another is about 87,000 square feet. The third is unspecified. Plans do not say what the other buildings would be used for.

But around 3:30 p.m. Thursday, the village released a statement saying those plans had been put on hold so Foxconn can “explore additional design options.”

Instead, Foxconn is moving forward with another building, the “Fii Smart Manufacturing Center.” The one-story, 260,000-square-foot building will house manufacturing, office support staff, packaging and shipping and receiving functions, according to plans submitted to the village.

The building will accommodate workers as well as visitors, and can house 300 people with growth for up to 500, according to plans. Foxconn plans to break ground in mid-October, if the company receives village approval.

Plans for both the Fii Smart Manufacturing Center and the Network Operations Center were originally submitted to the village Monday.

Last month, Foxconn began vertical construction on what will be a nearly 1 million-square-foot manufacturing plant.

Foxconn’s plans have changed several times since announcing its intent to build flat screens in Wisconsin in 2017 with a 22 million-square-foot Gen 10 plant. Foxconn officials said market changes prompted the company to shift to a smaller Gen 6 facility where smaller screens for cell phones and iPads could be manufactured.

So far, only a single building on the campus has been completed — a 120,000-square-foot multi-purpose facility that opened in late 2018.