The National Is a Local Standout 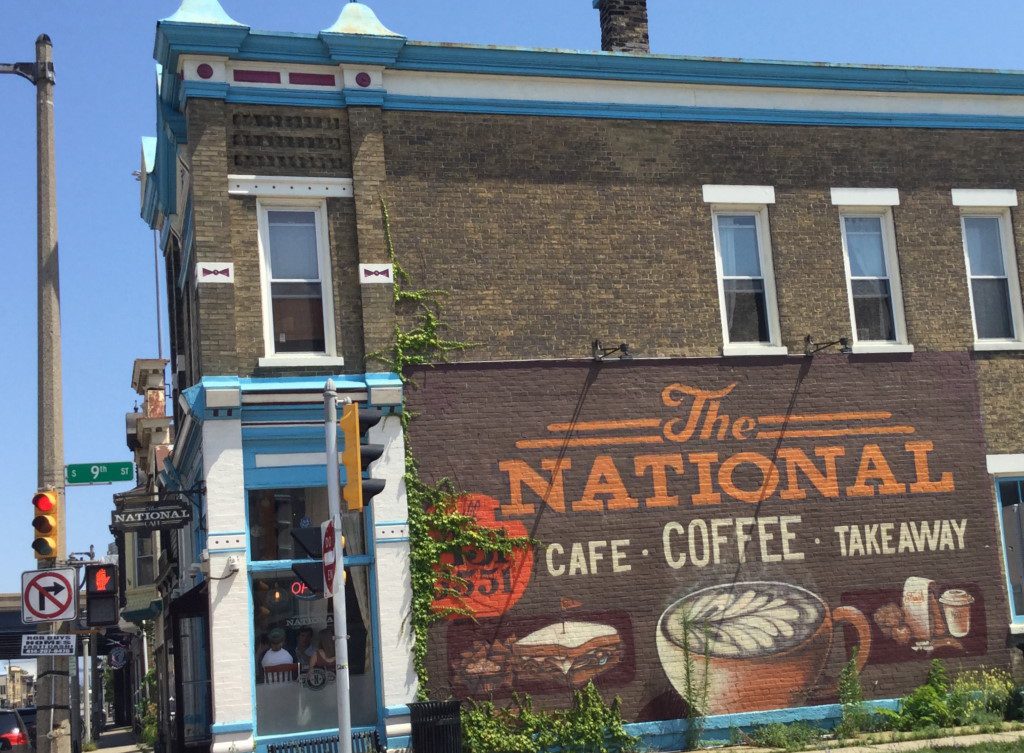 The National. Photo by Cari Taylor-Carlson.

It’s been four years since I visited The National. After Owner-Chef Nell Benton sold the restaurant to her former General Manager Angela Wierzbinski, I wanted to see what, if anything, had changed. In brief, not much, except that the creaky mismatched wooden chairs have been replaced. Wierzbinski managed The National for eight years, which suggests she knows many of the regulars, as well as what works to keep this restaurant on the radar for people looking for exceptional breakfasts and lunches.

I came a couple of times to check out what I remembered from past visits and see what’s new. One thing didn’t change, the gluten-free vegan tortilla chips and the accompanying hummus served with all the sandwiches. For an extra $1.00, you can substitute soup, salad, or fruit for the hummus, but why? It’s a tradition here, that exemplifies the unfussy food at The National. The chips are fresh; the hummus healthy, creamy, with hints of garlic and lemon.

The BLT&A was just as I remembered, thick-sliced bacon, lettuce, tomato, and avocado, on sourdough with garlic aioli. The greens were fresh, and of course, that inimitable bread from Rocket Baby made this old favorite into an especially delicious sandwich.

The Breakfast Burrito, a collection of everything you want in a burrito, scrambled eggs, plenty of cheese, peppers, onions, avocado, and a black bean spread to round out the multiple flavors, left me wondering why it took me four years to return to this restaurant where I know that everything I order will go beyond the ordinary.

Also, on the breakfast menu, new to me, Polenta Cakes were served with sautéed tomatoes, zucchini, two sunny-side-up eggs, arugula, and a balsamic glaze. The local Yuppie Hill eggs were just right; arugula and the glaze woke up the eggs; the polenta cakes hidden underneath were crisp and cheesy. They came with a choice of fruit or salad. The fruit was nice, not a lot of it, but I wished I had ordered the rosemary potatoes after I noticed trays of diced potatoes sitting on the front counter, ready for the oven.

The National offers a lengthy breakfast menu, designed to delight everyone’s tastes from sweet to savory. If you’re looking for something traditional, there’s the All-American Breakfast: eggs, meat, those rosemary potatoes and toast. For something sweet, look no further than Stuffed French Toast with ham and apricot cream cheese, or French Toast with orange cinnamon butter, fruit, candied nuts, and whipped cream. Both can be dressed up with pure Wisconsin maple syrup.

At lunch, the Ahi Tuna Sandwich had a generous slice of sesame-crusted tuna. Wasabi aioli and arugula added heat and a piquant intensity. My companion thought the tuna was slightly overdone. Perhaps a request for rare would have solved that issue. The Turkey, Bacon, and Brie Panini had more of that thick-sliced bacon, along with lingonberry relish for a tart note, a contrast to the oozy brie.

Vegetarians will like the BBQ Tofu Sandwich. The chef took the moisture out of the tofu and fried it like a burger. Sweet BBQ sauce, tangy jicama slaw, and garlic aioli made this a sandwich to savor, whether or not you disdain meat.

If there was one bland sandwich on the menu, it was the Grilled Chicken Wrap. It lacked pizzazz, despite the scant, yet tasty, dill dressing.

If you come for lunch, you will find a potpourri of international flavors: Greek Salad; Indonesian Gado Gado Salad; Tonkotsu Ramen; Vietnamese Chicken on a baguette; Indian Chicken Curry Wrap; Italian Caprese on a baguette; and Vegetarian Mediterranean Panini.

There’s good energy in this small restaurant in the heart of Walker’s Point, with its floor-to-ceiling windows facing National, and 16 tables. Cream City brick walls tell you it’s been around for a long time, and high ceilings suggest a larger space. When you place your order at the counter, you get a number for a server to locate you. It’s self-serve water and you bus your dishes.

A tiny patio behind the restaurant has both charm and shade provided by bright green umbrellas, which were not there four years ago. Because the garden isn’t manicured, it feels like a friends’ backyard, a friend who doesn’t stress about a weed or two. You could easily miss it: An unobtrusive passage outside the back door leads to this hidden gem, a delightful place to linger.

Sweets in the display case in the front were tempting, especially the macarons, delivered daily from Rocket Baby, one of their many local suppliers.

If someone asked, I would describe The National in four words, unpretentious, creative, consistently delicious. 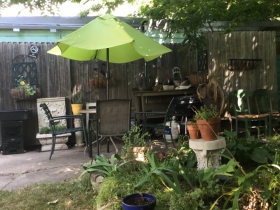 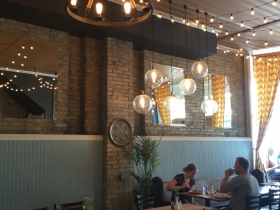 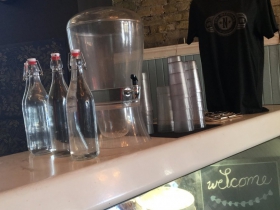 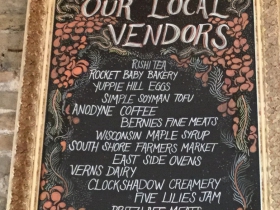 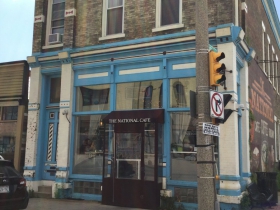 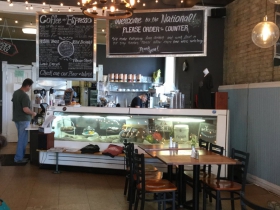 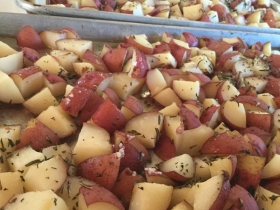 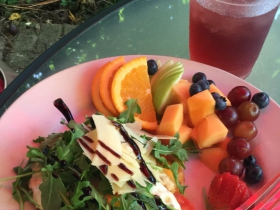 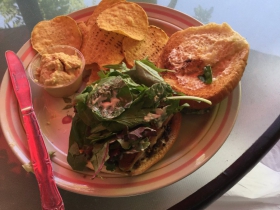 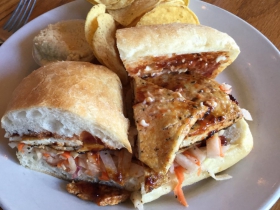 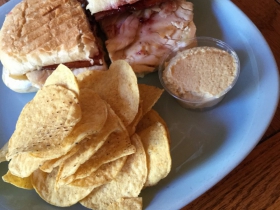 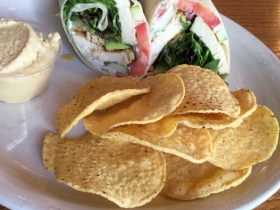