The numbers, the gruffness, the tales. And who will run for his seat?

By Melanie Conklin, Wisconsin Examiner - Sep 5th, 2019 10:38 am
Get a daily rundown of the top stories on Urban Milwaukee 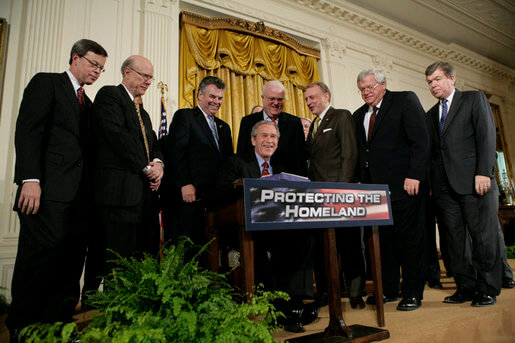 Rarely would it be fitting to encapsulate a congressman’s career with numbers, but it actually works with U.S. Rep. Jim Sensenbrenner (R-Menomonee Falls), who announced Wednesday that he is calling it quits after the current session. In fact, many of the numbers were put out there by the congressman himself:

Jim Sensenbrenner. Photo from the U.S. House of Representatives.

Sensenbrenner’s departure made national news, not just due to his lengthy tenure, but also because national outlets are keenly watching Wisconsin leading up to the 2020 election and see his departure as part of a theme as many Republicans choose not to run again.

On the Democratic side, with little fanfare, Sensenbrenner’s challenger from the last election announced he would make a run for the seat again. On Twitter, Tom Palzewicz posted shortly after Sensenbrenner’s announcement:

“In order to address climate change, gun violence, access to health care, smarter national security policy, and a stronger economy and education system, I intend to be a candidate for the 5th District again in 2020.”

Justin Koestler, chair of the 5th CD Democrats says despite the district’s Republican turf, don’t count Democrats out. “Donald Trump and the GOP have failed the great state of Wisconsin and America on every level,” says Koestler. “We need a representative that shares our values and is going to be a champion for each and every person who calls the 5th Congressional District home. We’ve waited over 40 years for a leader to represent us in Washington, and we are ready to fight for every last vote.”

As candidates begin lining up, fans and foes shared their Sensenbrenner tributes and tales on social media. Here are a few interesting recollections of his 40 years in Congress that give a sense of the veteran politician:

Sensenbrenner was a mentor to Paul Ryan and pushed him to run for speaker. But according to a story in The Atlantic, he served a less-known purpose during that decision-making time. “In fact, when members were hounding Ryan to run for speaker, he took respite on the House floor next to Sensenbrenner, who members said is known as so crabby that others wouldn’t bother Ryan if he was sitting next to him.”

An author of the Patriot Act, Sensenbrenner was chairing the House Judiciary Committee in 2005 when things began to get tense after Sensenbrenner declared that testimony from opponents of the act was irrelevant when they raised the topic of detainees at Guantanamo Bay.  According to an Associated Press account at the time, “Tempers flared when Rep. Mike Pence (R-Ind.) accused Amnesty International of endangering the lives of Americans in uniform by calling the prison at Guantanamo Bay a ‘gulag.’” Sensenbrenner responded by turning off the microphones of Democrats, gaveling the meeting to an end and walking out followed by the rest of the Republicans, carrying the gavel with him.

In late 2011, Sensenbrenner was busted not once, but twice remarking on First Lady Michelle Obama’s “large posterior” and “big butt.” The first time was in his district to a group of women at a church gathering. Afterward, he was taken to task by a 72-year-old member of the congregation who told the media. He was heard doing it again while talking in an airport lounge in Washington, DC, according to Politico.

The Journal Sentinel wrote about his joking gift exchanges with Paul Ryan, who gave him an empty water cooler bottle, telling him to use it to trap cow flatulence to reduce climate change. Sensenbrenner gave him a talking toilet paper dispenser and a toy reindeer that “defecated brown jelly beans.”

More interesting was the ending of that June 23, 2017 story titled “Rep. Jim Sensenbrenner isn’t going anywhere.” Columnist Christian Schneider wrote, “Given that he represents one of the most Republican districts in the nation, generations of young conservative stars have come and gone, waiting for him to retire or run for higher office. When I asked him what he would say to those Republicans patiently waiting to run for his seat when he’s done, he answered in his trademark gruff manner. ‘Wait longer.’”

Now, two years later, the wait is over.