The Rise of Automated Breathalyzer Tests

By Danielle Kaeding, Wisconsin Public Radio - Sep 3rd, 2019 07:24 am
Get a daily rundown of the top stories on Urban Milwaukee 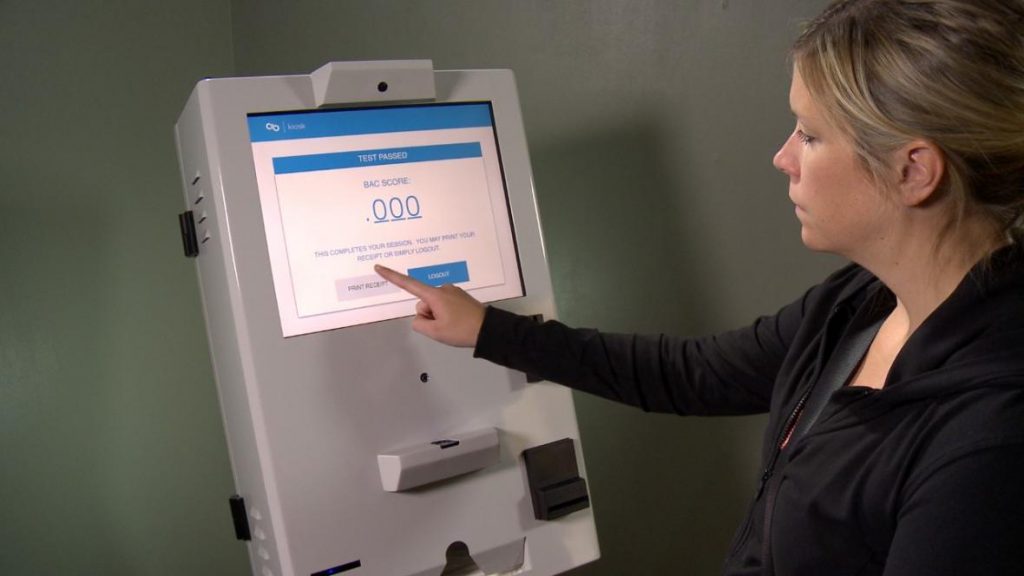 The kiosks use fuel cell technology to monitor blood alcohol content, and tests are taken without the presence of a supervisor. Minneapolis-based Precision Kiosk Technologies is offering the automated systems across at least eight counties, including Racine, Door, St. Croix and Sawyer counties.

In Racine County, the kiosks have allowed law enforcement to release low-risk nonviolent offenders as long as they comply with alcohol screening, according to Patrick McKinney, the company’s general manager.

“It’s allowed them to keep their jail bed population to a manageable level based upon their current staffing,” said McKinney. “In St. Croix (County), we’re using it in association with a drug court and we’re doing alcohol monitoring.”

The kiosks have also been used for probation or Huber work release programs, said McKinney. The units are typically located in the lobby of jails or law enforcement centers so individuals have 24-hour access to the kiosks for testing.

The units incorporate fingerprint authentication or an individualized pin, as well as video, to verify the identity of people taking the tests. The system notifies people of upcoming tests, which can be scheduled or random, through emails or text messages. The offender pays a nominal fee to pay for the cost of the system. 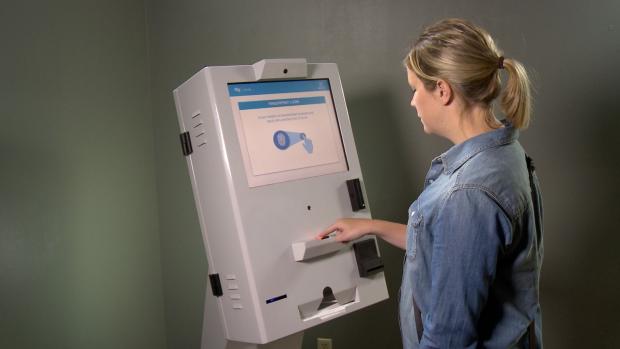 The kiosks use biometric information to confirm the identity of those taking tests.
Photo courtesy of Precision Kiosk Technologies.

McNamer said the kiosks are being used to test offenders who must comply with alcohol screening as a condition of being released on bond. She said alcohol monitoring is one way to keep low-level offenders out of jail. She also added the county has one circuit court judge with the highest caseload per judicial official in the state, which can mean delays for cases moving through the system.

“In the meantime, you want to preserve that safety for the community,” she said. “Thus, here’s a testing mechanism to make sure that if I let them out on a cash bond that there are some parameters and some boundaries that they will be testing. They’re going to earn that right to be out while they’re case is being decided.”

Lafayette County has been using the kiosks for the past several months, according to Reg Gill, the county’s sheriff. He said the systems also free up staff time to focus on other duties.

“Our jailers are dispatchers as well,” said Gill. “They’re doing both jobs, so they’re already pretty busy as it is.”

He said the kiosks also provide more convenience for those required to take part in screening, noting individuals could test from any kiosk even if it’s outside the county where they live.

“When we would have someone report to the sheriff’s office needing a breath test done, if our staff was real busy at the time, it might take a while to get to them,” said Gill. “Now, as long as that kiosk is open, they’re able to just pop in, take care of that test and go from there.”

McKinney said there are 12 kiosks throughout the state with another five scheduled to be installed. He estimates 19 counties will be using the automated system by the end of the year.

As of the end of July, McKinney said more than 84,000 tests had been administered in Wisconsin with a 99.5 percent compliance rate showing no signs of alcohol use.

“We’re highly accurate,” he said. “The only time we’ve seen a false positive is when somebody has used an alcohol-based mouthwash.”

McKinney emphasized the kiosks are a monitor and any positive tests would need to be verified through follow-up testing with law enforcement.

Such automated systems have raised questions over privacy and security of technology storing the information. McKinney said the kiosks do not store fingerprint information, but rather an alphanumeric key developed from the information entered. The data is encrypted and stored in the cloud, which means storing programs over the internet instead of on a computer’s hard drive. No data is stored locally on the kiosks, which are monitored by the company.