Largest food company in the world to get 100 percent of its energy from renewables.

By Hope Kirwan, Wisconsin Public Radio - Sep 3rd, 2019 03:56 pm
Get a daily rundown of the top stories on Urban Milwaukee 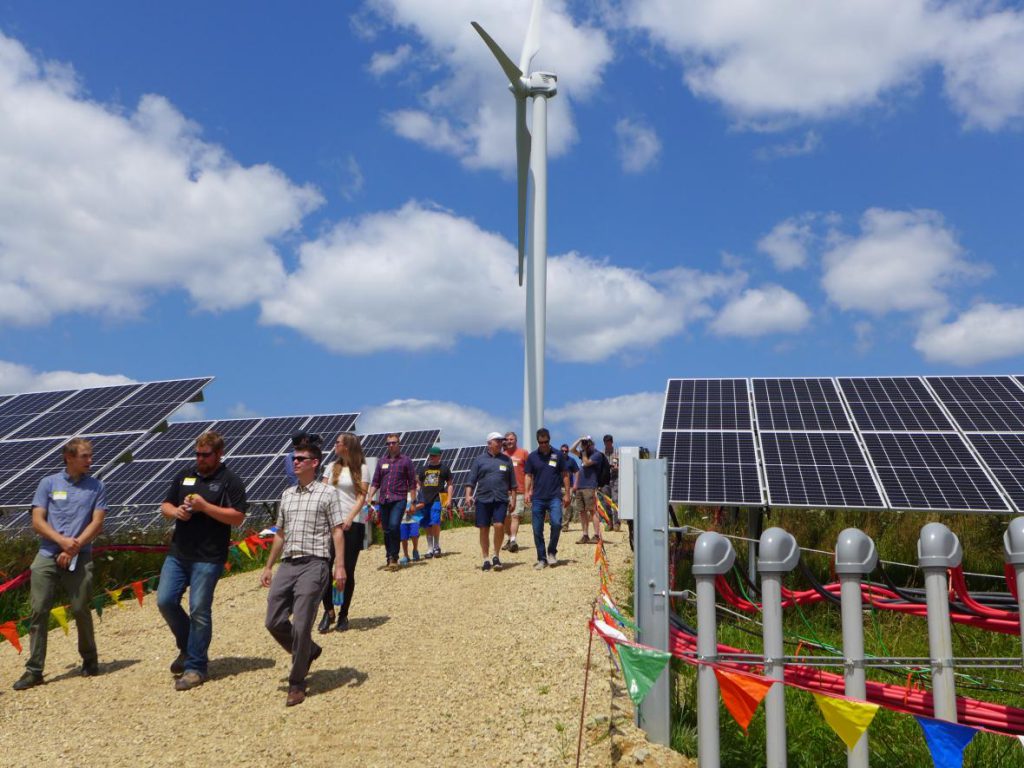 A Wisconsin-based organic brand says they’re now the largest food company in the world to be 100 percent powered by renewable energy.

Organic Valley announced the completion of three solar sites in August that will produce 12.67 megawatts of energy for southwestern Wisconsin.

The projects are part of the 32 megawatt Butter Solar Portfolio, which includes 10 solar sites owned and operated by Canadian company BluEarth Renewables.

Upper Midwest Municipal Energy Group will buy the power, potentially reducing energy costs for 10 communities in Wisconsin, Minnesota and Iowa. Organic Valley has committed to buying renewable energy credits (RECs) from the projects for the next 25 years, along with California-based organic soap company Dr. Bronner’s and the City of Madison. 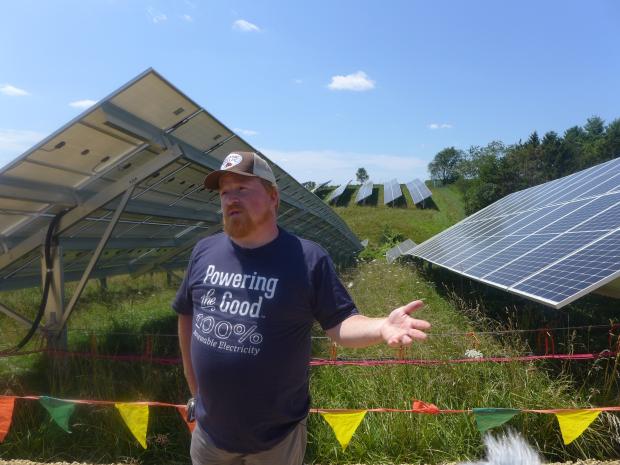 Stanley Minnick, from Organic Valley, said partnership with local communities were essential to building 10 new solar projects like the one in like Cashton. Hope Kirwan/WPR.

Stanley Minnick, energy services and technology manager at Organic Valley, said the commitment of local communities like Cashton, La Farge and Viola were essential to the new solar projects being built.

“Without all of those communities’ engagement, there’s no way we would have done this,” Minnick said. “We couldn’t have just done one of these projects. There were solar tariffs in place, there were other factors that we had to do 10 (sites) or we were doing none.”

Minnick said building fewer solar sites would have been more costly for all of the partners because of increased tariffs the U.S. placed on Chinese solar panels in 2018. But he said the investment is good for Organic Valley in many ways.

One of the new solar projects is located in Cashton, near Organic Valley’s office. The site includes 6,800 solar panels located on organic pasture, which is grazed by a neighboring farm’s sheep herd.

Jamey Fitzgibbon, executive vice president of engineering and construction at BluEarth Renewables, said using the animals to manage the native grasses growing on the property is something new for his company.

Organic Valley CEO Bob Kirchoff said he hopes the project can serve as an example for other companies thinking about investing in sustainability.

“Sometimes doing the right thing doesn’t give you quick profit or quick turnaround with where you want to be from the payback perspective. But there’s no question that this is resonating with more and more people,” Kirchoff said. “It’s not what we do, it’s how we do it and that’s where we have a platform and can set examples for other businesses and cooperatives.”

Now that the cooperative is completely powered by renewable energy, Kirchoff said Organic Valley’s next step is to help their 2,000 farmer members with sustainability projects.