County’s Overdose Deaths Up in 2019

At current rate, county would hit highest total of drug fatalities in a decade. 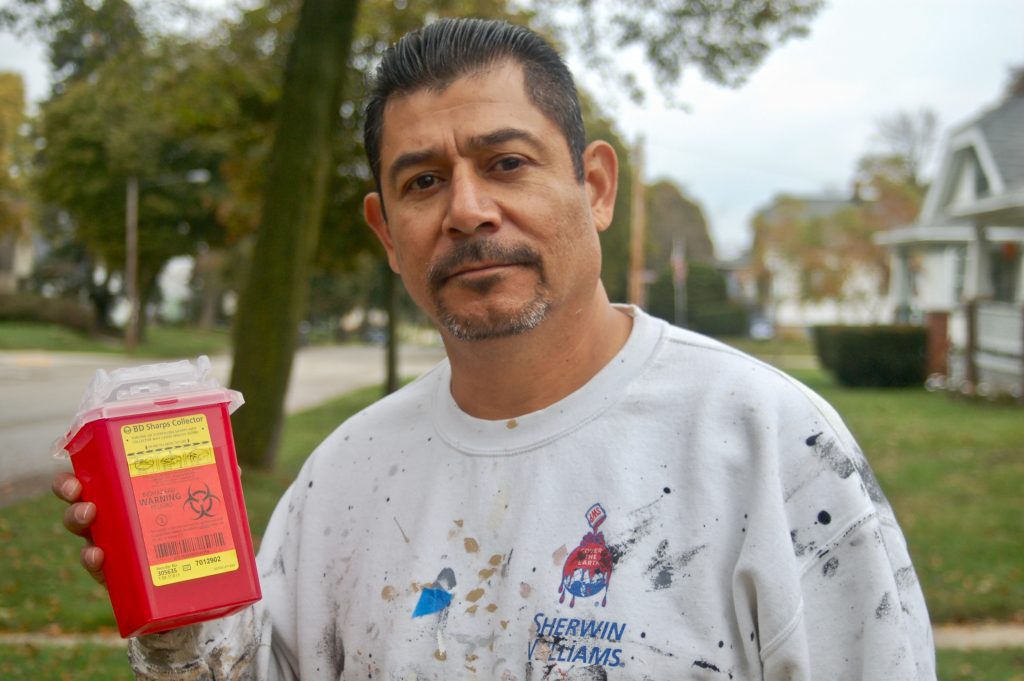 Rafael Mercado, founder of Team HAVOC, holds a container of needles collected during a cleanup on the South Side. (File photo by Edgar Mendez)

As he walks the streets of Milwaukee’s South Side in the middle of the night, Rafael Mercado fears he’s fighting a losing battle.

“Things are getting worse here,” said Mercado, as he fended off pimps while other volunteers talked to prostitutes about getting help for their addiction.

Statistics show that Mercado —  leader of Team HAVOC, a volunteer group that conducts needle cleanups, among other activities — is correct.

If current trends continue, Milwaukee County could record 423 overdose deaths in 2019, its highest total in a decade, according to the medical examiner’s office.

The most recent data shows 184 overdose deaths from Jan. 1 to July 26, with another 80 to 90 suspected cases pending toxicology reports. Those cases include 14 deaths that occurred during the last weekend in July. Not included is a body found last week in the bushes behind a gas station on S. 20th St. and W. National Ave.

Those statistics, and the reality of what he’s seeing in the streets, paint a grim picture for Mercado, 49, the co-founder of MKE Heroin Diaries, a Facebook page devoted to increasing awareness and providing resources about opioids.

Mercado conducts the majority of his outreach on the near South Side, which has become the city’s heroin hotspot. There have been 22 confirmed overdose deaths in the 53204 ZIP code and 10 in 53215, adjoining areas on the South Side.

The data shows that 140 deaths have occurred within the city limits, while 44 have occurred in the suburbs. Fentanyl, a synthetic opioid that officials said is commonly used as a cutting agent for heroin, cocaine and other drugs was involved in 58 percent of all deaths. 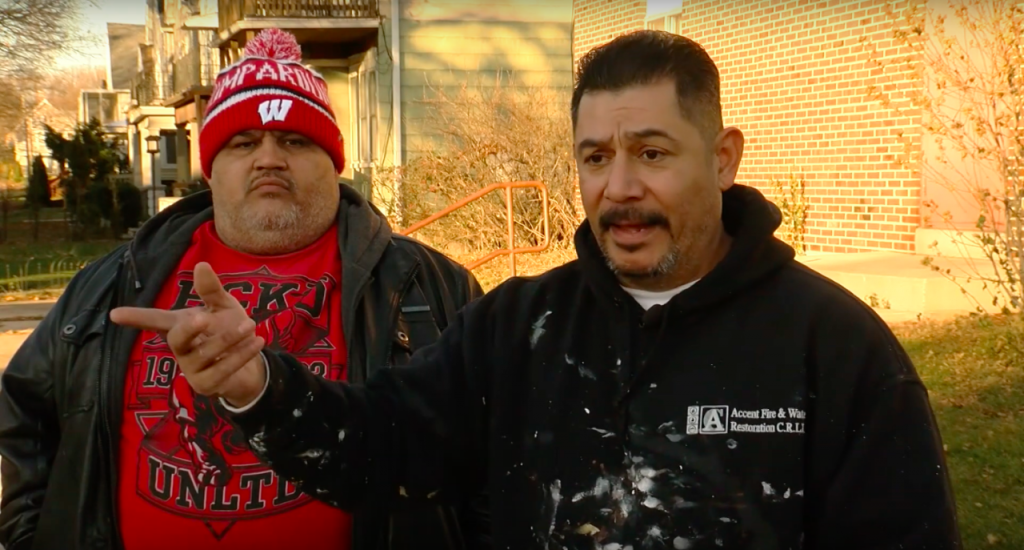 Rafael Mercado, shown during a needle cleanup in 2018, lost four cousins to opioids within a year. He now walks the streets in hopes that no one else will have to endure a similar tragedy. (Photo provided by WTMJ-TV)

A local and national issue

The increasing number of opioid deaths in Milwaukee County was cited in a Wisconsin Policy Forum report as a factor in the decrease of life expectancy in the state. Another report from RAND, a nonprofit global think tank, states that synthetic opioids like fentanyl are responsible for tens of thousands of deaths annually in the U.S.

Just this week, the drug manufacturer Johnson & Johnson was ordered to pay $572 million to the state of Oklahoma for downplaying the dangers of opioids and for overselling the drug.

Ald. Michael Murphy, co-chairman of the City-County Heroin, Opioid and Cocaine Task Force, has also recommended legal action against manufacturers as a method to recover costs associated with drug abuse locally and to fund treatment.

Michelle Jaskulski, director of faith-based initiatives for the Washington D.C.-based Addiction Policy Forum, said she sees an increase in awareness and talk in Milwaukee about drug abuse and, more specifically, the opioid epidemic.

Many addicts simply aren’t quitting despite the dangers, said Jaskulski, who lives in Cudahy and became involved in the movement after experiencing her two sons struggle with addiction. The reason addicts ignore the dangers of using opioids, including fentanyl, is because they hijack the brain, she explained.

“It makes your brain feel like you need that drug like you need air or water,” said Jaskulski, whose organization focuses on education and bringing high-level science into discussions about addiction.  “It affects the part of the brain that makes rational decisions.”

Jonathan Martin, who grew up on the South Side, said he became involved in the drug and gang lifestyle at an early age.

Though he’s been clean for a year, Martin said it wasn’t easy.

“I gave my life to Jesus,” Martin said. “So the key for me was a lifestyle change and finding a higher calling.”

He still runs into old friends and comes across plenty of people who are addicted and struggling. But he has found the strength to stay clean.

“I have a whole different view and direction in life. I hope that those who are addicted realize that they can change, too, and that they don’t have to end up in the grave,” Martin said.

It’s those successes that keep Mercado, who became an advocate after losing four cousins to opioids within a year, walking the streets in hopes that someone will listen.

“We just keep doing what we do and letting them know that we care about them,” he said.