The non-profit Layton Boulevard West Neighbors is in the final throes of a $100,000 fundraising campaign to transform the tennis courts at Burnham Park into three futsal courts.

“Based on feedback from community meetings, we learned that soccer was the number one preferred sport in the neighborhood,” said LBWN director of outreach and engagement Jonatan Zuñiga. Futsal, an urban variant of soccer that is played on a hard surface instead of a large grass field, was identified as the ideal use for the tennis courts in part because the surface is similar and the courts are in a dilapidated state.

In partnership with neighborhood group Burnham Park Task Force, LBWN is seeking to raise the final $25,000 to complete the transformation and establish a fund for future maintenance. The existing tennis courts are located at the northwest corner of the park near S. 35th St. and W. Mitchell St.

“Many of the quality soccer spaces in Milwaukee are either closed to the general public, far away from the inner city or unaffordable,” said Zuñiga via email. “The Burnham Park Futsal Courts are important to the neighborhood and the city because they provide a public space that is safe, accessible and meets the recreational needs of the community.” The courts would be free to use.

A fundraising pitch circulated by LBWN notes that the 53215 zip code in which the park is located has the highest number of children of any Wisconsin zip code. “Burnham Park is the only significant green space in a 165 block area and thus serves as the neighborhood park to 21,000 residents, including over 7,000 children living in the area,” reads the pitch.

At the time of publication, the square campaign had raised $675 from 10 donors. 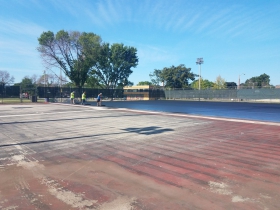 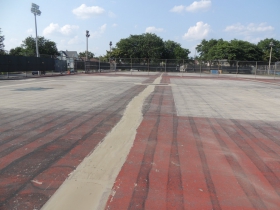 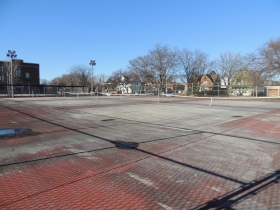 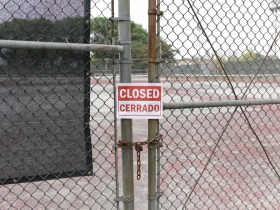 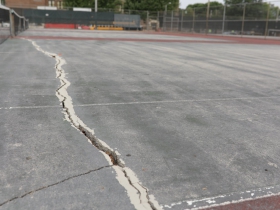