Mine Approved Despite Environmental Concerns

Aguila Resources could mine gold, zinc near Wisconsin-Michigan border.

By Danielle Kaeding, Wisconsin Public Radio - Aug 18th, 2019 11:20 am
Get a daily rundown of the top stories on Urban Milwaukee 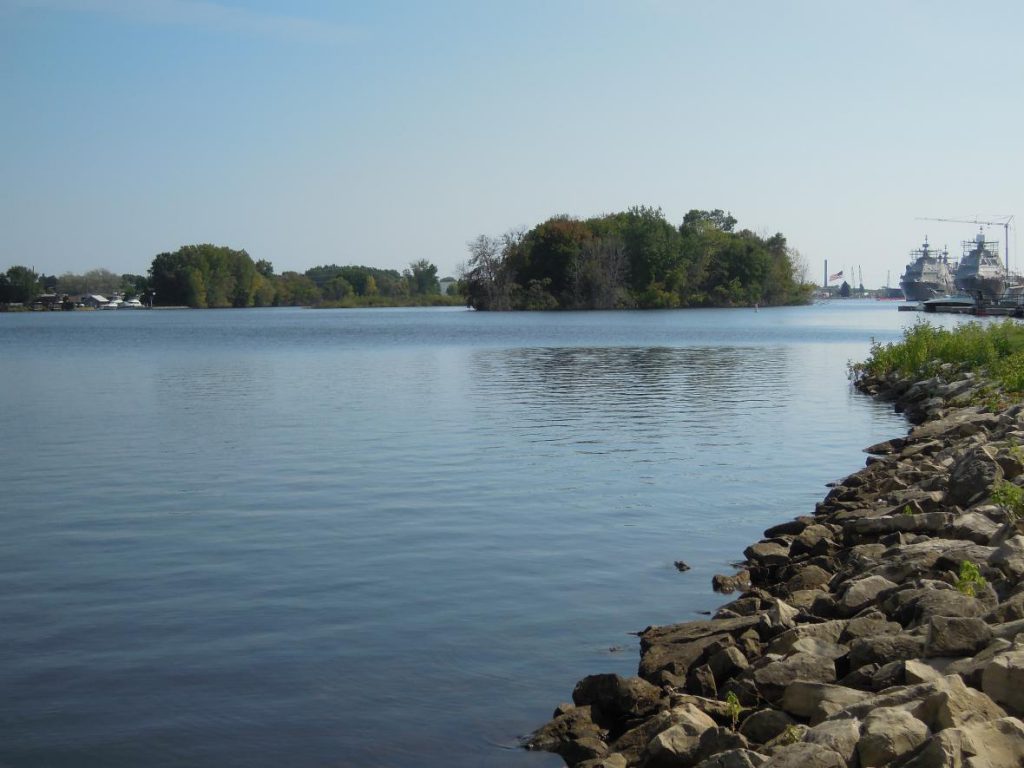 A view of the Menominee River by Marinette.
Photo by Danielle Kaeding/WPR.

Documents show Michigan environmental regulators had significant concerns about information submitted on the impacts of a Canadian company’s proposed mine on the Michigan-Wisconsin border.

Toronto-based Aquila Resources plans to mine gold, zinc and other metals near the Menominee River in Michigan’s Upper Peninsula.

Michigan regulators detailed concerns about insufficient or incorrect information used by mine consultants to assess impacts the Back Forty mine would have on wetlands and water quality.

But the state and U.S. Environmental Protection Agency still agreed on a wetlands permit with conditions for the mining company.

Emails and memos obtained by Wisconsin Public Radio and first reported by the Detroit Free Press show staff with the then-Michigan Department of Environmental Quality were frustrated and concerned with information being submitted on groundwater and wetlands modeling.

“It is MDEQ’s conclusion that the groundwater model used for the purpose of wetland impacts assessment is inappropriately constructed and not unique to the site,” wrote Kristi Wilson with the department’s Water Resources Division in a May 2, 2018 email. “Without a unique and appropriate groundwater model that represents the groundwater contributions/interactions with surface water, the wetland watershed budgets will remain incomplete.”

The email to EPA scientist Melanie Burdick was written one month before the state issued a final wetlands permit to Aquila Resources.

The Menominee Indian Tribe of Wisconsin sued federal agencies last year over the permitting process and is currently appealing a lower court’s decision to dismiss its suit in federal court. The tribe is arguing permitting for the project should’ve rested with federal agencies, which would have been required to conduct official consultation with the tribe on the project. The 750-foot deep, open-pit sulfide mine would come within 150 feet of the Menominee River, which holds cultural significance for the tribe.

“We’ve always thought from the beginning that the permit should not have been issued until their own staff concerns about the impacts and what they were finding in the review were addressed,” said Doug Cox, the tribe’s chairman.

Michigan environmental regulators questioned the accuracy of mine consultant models reflecting groundwater drawdowns and noted they made changes on numerous occasions without discussing revisions with DEQ staff. The revisions resulted in no changes in existing water levels and those during the mine’s operation, according to a May 1, 2018, review by Mike Pennington, DEQ’s wetland mitigation specialist.

They also voiced concerns over a lack of information on whether acidic mining waste rock may create circumstances that would allow metals to be carried through groundwater to the Menominee River.

The documents created by the agency’s Water Resources Division show the lack of comfort among staff with the permitting process, said Stefanie Tsosie, an attorney with Earthjustice who is representing the Menominee tribe in its federal appeal.

“They didn’t have information. They repeatedly requested it, and it just demonstrates how flawed the process is,” said Tsosie.

Tsosie added the EPA had also objected to the wetlands permit just a few months before Michigan DEQ granted the permit.

“Then, suddenly, they lifted their objections,” she said.

An EPA spokeswoman said in a statement that the agency reviewed the state’s wetlands permit, which included conditions that require a site-specific water budgeting model and collection of baseline groundwater and wetland data before construction.

“EPA found that the conditional permit, along with additional information provided by the state and the applicant, addressed EPA’s concerns,” wrote agency spokeswoman Allison Lippert.

In a statement, Jill Greenberg with the now-Michigan Department of Environment, Great Lakes and Energy agreed the permit issued to Aquila contained rigorous requirements for data collection and monitoring.

“This information will support the revised hydrologic modeling required by the permit condition. Monitoring plans have been received by the Water Resources Division and baseline monitoring data collection is being conducted during 2019,” wrote Greenberg.

The agency said the baseline information will help make modeling more accurate to determine the impacts to wetlands and streams.

“In addition to groundwater and wetland watershed modeling, the permittee is also required to submit a basis of design to ensure that the mine pit may be backfilled with waste material in a manner that is protective of water quality,” wrote Greenberg.

Aquila Resources is defending the state’s review of the project, saying their permits contain “stringent” conditions that ensure the mine will operate with minimal impacts to the environment and surrounding waters.

“Aquila stands behind the agency, and we’re confident in their decision,” wrote Aquila spokeswoman Chantae Lessard.

At the same time, the Menominee tribe is continuing its appeal in the hopes a federal court will rule that permitting decision shouldn’t have rested with the state, but federal agencies.  Oral arguments are scheduled to be held next month.