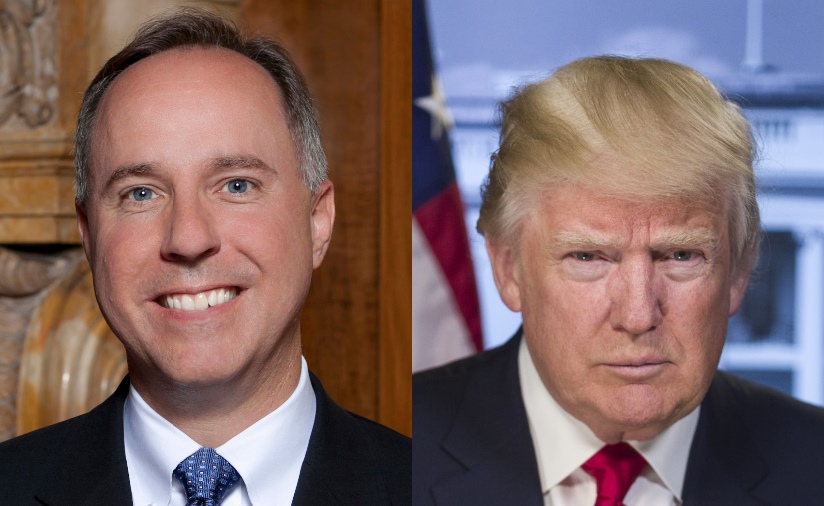 Let’s match up President Donald Trump and Rep. Robin Vos to determine whose disrespect for people with disabilities is worse.

Consider how Republican Assembly Speaker Vos has handled Rep. Jimmy Anderson, a wheelchair-bound Wisconsin Democratic legislator who is paralyzed from the chest down, and who sometimes needs the assistance of personal care helpers. Vos has ruled that Anderson must attend committee meetings in person and cannot phone into some committee meetings.

Which got me thinking about then-candidate Trump’s widely-reported mocking of Serge Kovaleski, a disabled reporter from The New York Times. That filmed and widely-reported incident was laid out in detail in this comprehensive report from Snopes.com, the fact-checking website.

And this section of the Snopes analysis which includes a defensive Tweet from Trump caught my eye:

Somebody at the financially failing and totally biased New York Times said that, over the years, I have met Mr. Kovaleski. Serge Kovaleski must think a lot of himself if he thinks I remember him from decades ago — if I ever met him at all, which I doubt I did. He should stop using his disability to grandstand get back to reporting for a paper that is rapidly going down the tubes.

About grandstanding: Where have I just seen something very similar hurled at someone with a disability by a very disrespectful and unapologetic Republican?

MADISON – Assembly Speaker Robin Vos accused a lawmaker who uses a wheelchair of “political grandstanding” Thursday for criticizing legislative rules that prevent him from participating in committee meetings by phone.

You can see why deciding which of these callously indifferent Republican leaders should be declared the winner in a cruelty competition which normal politicians or everyday people would do or say anything to avoid.

I have to conclude that they’re equally repellent.

Trump for using a public platform from which to show his deplorability, then lie about it, and Vos for using a powerful public office to block Anderson and his constituency from their rights in a representative democracy.

Through their toxic grandstanding, both have shown they’re unfit to govern, though from a legal standpoint, it’s Vos whose blunder may have greater consequences – – because legal fees are already probably on the meter, and any financial settlement from a suit against Vos would be paid by taxpayers. That would include Anderson himself and his district’s constituents whose representation Vos has diminished.

How FUBAR is that?