Port Milwaukee to Partner With Quebec?

By Alana Watson, Wisconsin Public Radio - Aug 13th, 2019 10:43 am
Get a daily rundown of the top stories on Urban Milwaukee 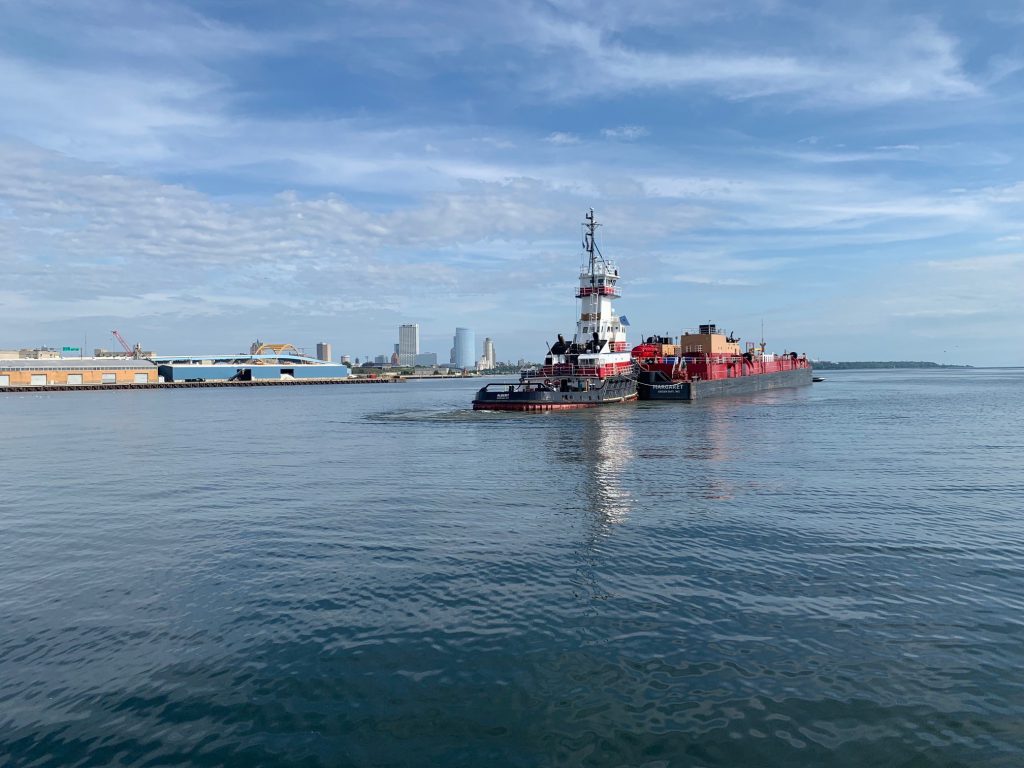 The Port of Milwaukee and the provincial government of Quebec are exploring opportunities to grow international trade through a partnership. The future collaboration could bring economic benefits to the state.

The port already has an ongoing informal trade relationship with Quebec. The two have commercial operations together now — Port Milwaukee’s cargo stevedore is based in Montreal. Several shipping companies based in Quebec also make stops at Port Milwaukee. But the port now wants a more formal binational trade agreement.

Port Milwaukee Director Adam Schlicht said the port brings in more than $100 million in shipping activity each year. He said a more formal relationship could encourage international trade between Wisconsin and other Canadian ports.

“Now the concept again is very much in it’s infancy,” Schlicht said. “But what we do know is that should we proceed with this concept, hopefully it goes a long away in providing an opportunity, a catalytic opportunity for furthering trade.”

Schlicht said the port plans to schedule partnership initiatives in 2020.

Indiana and Quebec have a maritime agreement that the Port of Milwaukee plans to replicate.

“What we try to do here at the port is to make sure we can keep growing the pie,” Schlicht said. “By facilitating more mature institutionalized trade relationships with some of our well-known, well-established consistent partners is one way we’ll be able to accomplish that.”

Canada is one of Wisconsin’s largest trading partners.