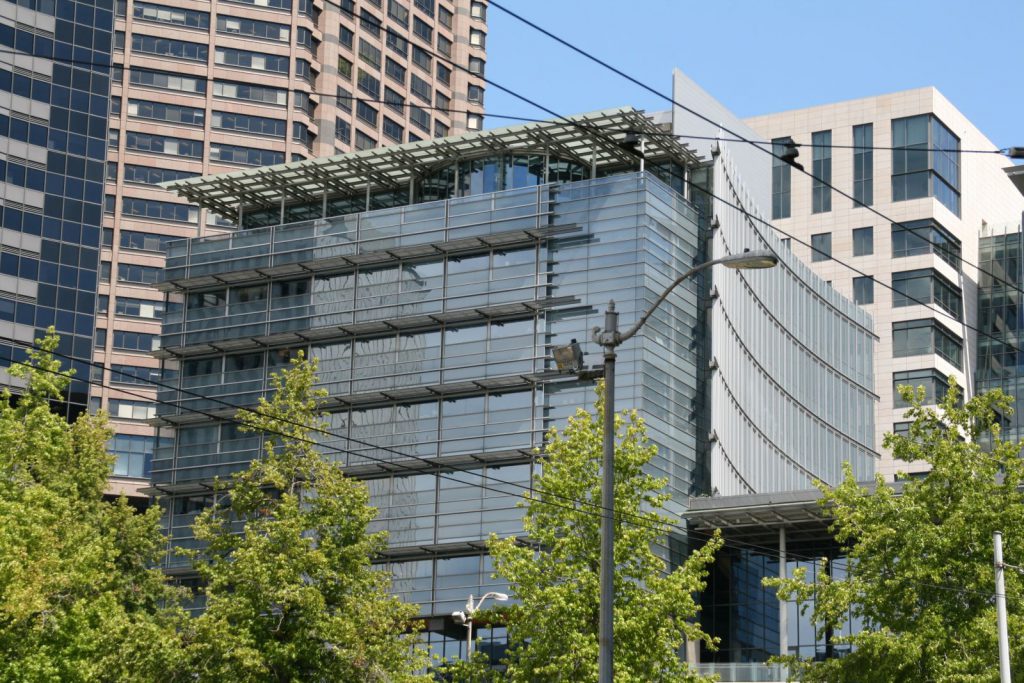 QR Codes Lengthen Commutes: Mobile phone payments have become nearly ubiquitous in China’s transit systems, but riders have been struggling to pull out their phones, open the right app, and pull up the code. NFC (near-field communication), used by Apple Pay and Google Pay, are much faster and is considered more secure, but QR codes still prevail as the preferred method to pay. NFC requires just a tap of the phone to pay as it relies on radio waves, making it as convenient as traditional transit cards. The limitations of QR code scanners are becoming more apparent as scanners are installed in turnstiles nationwide and queues to pay grow. While NFC use is growing among commuters, China is starting to move onto the next evolution in fare payment tech: facial recognition. (Masha Borak | Abacus)

How We Behave in Public Spaces: The SWA Group published The Field Guide to Urban Plazas, an update to William H Whyte‘s work, wherein they studied the public behavior of human beings in New York and categorized some of the common ways people utilize a public space. Complete with graphics, the report explores the Donut Effect, which is when park visitors occupy the edges before the middle, and Roosting, wherein visitors settled on high viewpoints overlooking the park. Impressive observations materialized in categories like Flex Allure, describing that groups were drawn to movable furniture, and Keen on Sheen, which is when visitors are drawn to mirror sculptures, fountains, and other sources of reflection. The category descriptions also mention the kinds of people that tended to fit more in some categories than others, like children, office workers, or tourists. (The Guardian)

Salt Lake City Wants Free Buses: A new poll of Salt Lake City residents want free-fare buses at a significant 3-1 margin. Nearby Park City and Cache County already offer free-fare transit systems. Some of the city’s eight candidates for mayor have also pushed various forms of the idea, with one proposal for the city to fund free passes or making the entire Utah Transit Authority system fare-free with a state subsidy. Those who polled in support of free fares were found across all age, education, religious, and gender groups in the city. Republicans opposed it by a 63-36 margin, while Democrats support it 86-10. Unsurprisingly, the same poll found that the top issue to most residents is clean air. (Lee Davison | Salt Lake Tribune)

The Emoji House from Hell: In Manhattan Beach, a city outside Los Angeles, a homeowner painted her home hot pink, plastered emojis on the exterior, and illegally listed it on Airbnb, sparking debate over what neighbors can do when they live next to such properties. After neighbors reported the Manhattan Beach home as an illegal rental, the homeowner relisted it with a minimum rental of 30 days to keep with local laws and gave it its infamous exterior. A website called Airbnb Hell contains a collection of horror stories from hosts, renters, and neighbors of Airbnb homes, which often house parties and loud visitors on holiday but the company’s air-tight terms of service agreement generally prevents any kind of legal action from neighbors. The common argument, however, is that communities surrounding Airbnb rentals do not consent to the impacts of short-term rentals. (Kari Paul | The Guardian)

Seattle’s Answer to America’s Housing Segregation: A team of researchers partnered with the Seattle and King County Housing Authorities to put a twist on the housing voucher system. Families who receive Section 8 subsidies typically choose not to move to a better area, so these researchers provided to a random subset of recipients some information on which neighborhoods promised the most opportunity for their children. These recipients were also assigned “navigators” who were to walk them through the apartment application process and receive additional financial assistance if necessary. More than a year in, the experiment found that this additional support yielded a change from 14% to 54% in the share of families moving to high-opportunity neighborhoods. (Dylan Matthew

It’ll be a tidal wave that’ll swamp many boats, especially Des Moines residents who are making less than $90,000 per year.

–Lance Henning, executive director of the Greater Des Moines Habitat for Humanity in Curbed talking about the new restrictive zoning requirements from the new code.

This week on the podcast, MLA for North Vancouver-Lonsdale BC and Translink Parlimentary Secretary Bowinn Ma discusses political engagement, transportation improvement, and more!