Her song "Woodstock" embodies the spirit of the famous festival, despite her not performing at it. 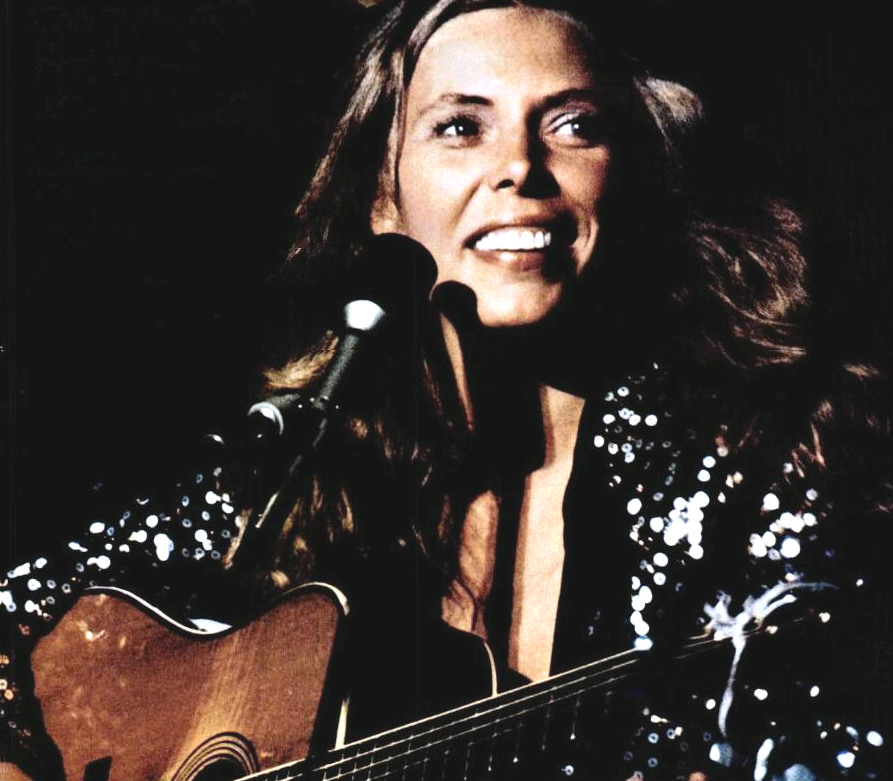 Joni Mitchell in 1974. Photo is in the Public Domain.

I remember the 60’s, so I guess I wasn’t there. I sure wasn’t at Woodstock — I didn’t identify as hippie. Probably not happy either and if I’d gone, I would have been unhappier. So from this distance in space and time, let’s talk about someone else who wasn’t there but somehow wrote a beautiful song about it, one that planted the beatific picture of Eden in the Meadow in the collective consciousness.

Joni Mitchell wanted to be there, but wasn’t. I know because I read the story in The New York Times listing five Woodstock myths that weren’t. Everyone seems to think she was there and her song was a report from the front lines. In fact, the traffic around the place would have made it impossible for her to get back in time for her scheduled appearance on The Dick Cavett Show. Her boyfriend at the time, Graham Nash, filled her in on the utopian mud bath she missed, good vibes and all. He had appeared there with Crosby, Stills and himself, it was their second gig. (Another myth busted, they had played Chicago the night before.) It was the kind of performance that was talked about for years, three male canaries, all singing about beautiful folk singers they had loved. (Stills had been linked with Judy Collins and Crosby was Joni’s ex.) This kind of incestuous behaviour, took a few years off and reappeared with Fleetwood Mac.

I could be a bigger fan of Crosby and company, but they’d probably have to be a different band for that to happen. Maybe if they’d all gone back to their original outfits, The Byrds, The Hollies and Buffalo Springfield, where I think they did their best work, I would have joined the club. As it was, they were good but gave the impression they thought they, not Brian Wilson, had invented harmony.

Joni had been watching the whole thing on TV, amazed like the rest of the country with how peaceful 400,000 people could be when crammed together like starving animals. Things were ingested, though, and you’d think the addition of drugs might have spoiled the party, but they didn’t, everyone played nice. The world would have to wait a few months for Altamont before massive, last minute festivals got ugly.

Joni, going on what she saw and what Graham told her, wrote this song, performed live in the studio with a sweet little intro. We all know C, S & N’s version, which was a little more rockin’ and stands the test of time. But I think maybe they were quaking a little in their boots when they heard it. She was gifting them with a song none of them, talented as they were, would ever write. Joni as we probably all agree, rolled with the heavies.

Bob Dylan, an artist she kind of detests and doesn’t mind taking shots at, might have been a better boyfriend. That particular rom-com would have been a battle of testy artists trading barbs before falling into each other’s arms. I think he would have been capable of keeping up with her song for song. That’s speculation, but if you watched PBS and Martin Scorcese’s documentary on Rolling Thunder, you probably saw them together in a hotel room somewhere trading songs. She was singing “Coyote,” strumming away on one of her custom tuned guitars and he looked a little lost as she pulled out one luscious chord after another. I think maybe Joan Baez whispered in her ear on that tour — who knows? But the power couple of 60’s folk was never to be. She went ahead and did fine without him, so all hail the Queen. She is a unique voice in our culture, one that sounds fresh after fifty years. Prince loved her, need I say more?

Let’s roll the lyrics. They can act as credits. The movie is called “The 60’s and we’re watching as the Utopian Dream is about to hit the wall.” This might be the last and finest song about that idealistic era, and it took a poet of her stature to capture it.

PS I’ve included her publishing info at the bottom. Siqoumb is an acronym. It stands for “She Is Queen, undisputedly, Of Mind Beauty.” No argument here.