An activist from Minnesota that lost his daughter to distracted driving is behind the push.

By Rich Kremer, Wisconsin Public Radio - Aug 6th, 2019 11:39 am
Get a daily rundown of the top stories on Urban Milwaukee 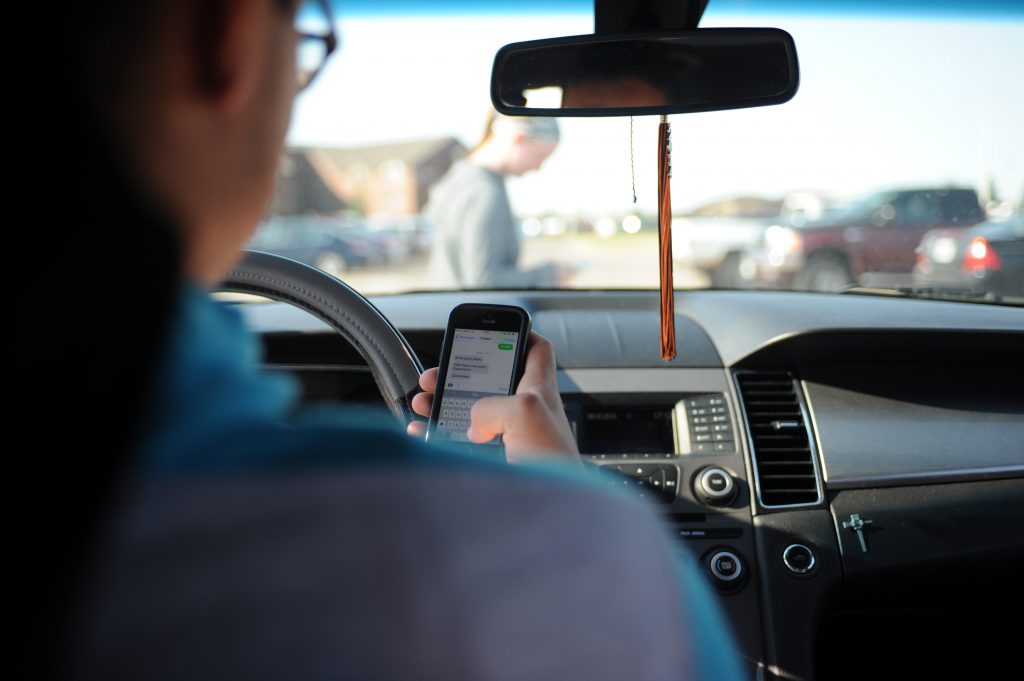 A man behind the recently enacted Minnesota law barring drivers from using cell phones without a hand-free device is working to see similar legislation passed in Wisconsin. Now, state lawmakers say they’re working on a bill to do just that.

On Aug. 1, a Minnesota law went into effect making it illegal to hold a cell phone in order to talk, navigate, text, take pictures or browse the internet while driving. Drivers caught violating the law are subject to a $50 fine for a first offense. That goes up to $275 for subsequent violations.

Hudson resident Tom Goeltz lobbied Minnesota lawmakers for years to get the hands-free law passed. In an interview with WPR, he said his efforts began after a distracted driver in the Twin Cities changed his family’s life forever.

“On Feb. 29, 2016, my daughter Megan was killed by a distracted driver and she was pregnant at the time and I lost a grandson who should be two-and-a-half years old right now,” said Goeltz. “This has happened to me. I mean, it’s affected me and my family. It’s too late for me. I’m doing this for everybody else.”

Goeltz said he originally pushed for a complete cell phone ban in vehicles but Minnesota lawmakers were unwilling to go that far. He said the hands-free law will save lives but a complete ban could save more.

Goeltz said while he waits for action at the state level, he’s been working with the Hudson City Council on a resolution that would require hands-free cell phone use in the city limits.

In an interview with WPR, Zimmerman said he too has lost a family member due to distracted driving.

“What I’d like to see, personally, is Wisconsin either mimic what Minnesota has or find something very similar,” said Zimmerman.

He said his Assembly colleague John Spiros, R-Marshfield, is in the early stages of working on legislation addressing cell phones and driving.

“The question right now — and this is what John Spiros might be looking at and I certainly am — is trying to develop a sense of what’s the appetite with the other legislators right now for something like this,” Zimmerman said.

Spiros is no stranger to the issue of cell phone use and distracted driving. He told WPR that in 2008, when he was on the Marshfield City Council, they passed a resolution requiring drivers to speak via hands-free technology while in the car.

He was also behind a law that went into effect in 2016 requiring drivers to go hands-free with cell phones when going through a construction zone. The fine for breaking the law is $40 for a first offense and $100 for each new offense. Spiros said the legislation he’s currently working on would expand the rule statewide.

“We already have that law,” said Spiros. “So, this law would basically go on top of that to say if you’re going to use your cell phone, your cell phone has to be hands free. You can have a hands-free device on your ear or you can use Bluetooth. Other than that, the only time you can use your phone would be in an emergency situation to call 911, things like that.”

Spiros works in commercial trucking and says federal rules already require hands-free devices professional drivers. So, he said the same rules should apply to all sharing the roadways.

“Common sense just tells me that right now there’s just way too many distractions,” Spiros said. “That’s one more distraction that we’ve had. We know that it’s not safe. So, let’s do something about it.”

Spiros said he is still working with colleagues on the exact language of the bill and when it will be introduced.

According to the Wisconsin Department of Transportation, there were 24,089 car crashes in 2015 that were related to distracted driving in the state. The agency says 1 in every 5 crashes involve drivers who are distracted.