Wisconsin Is Getting Old

Demographics show state changed from mostly under age 30 in 1970 to mostly over 30 today. 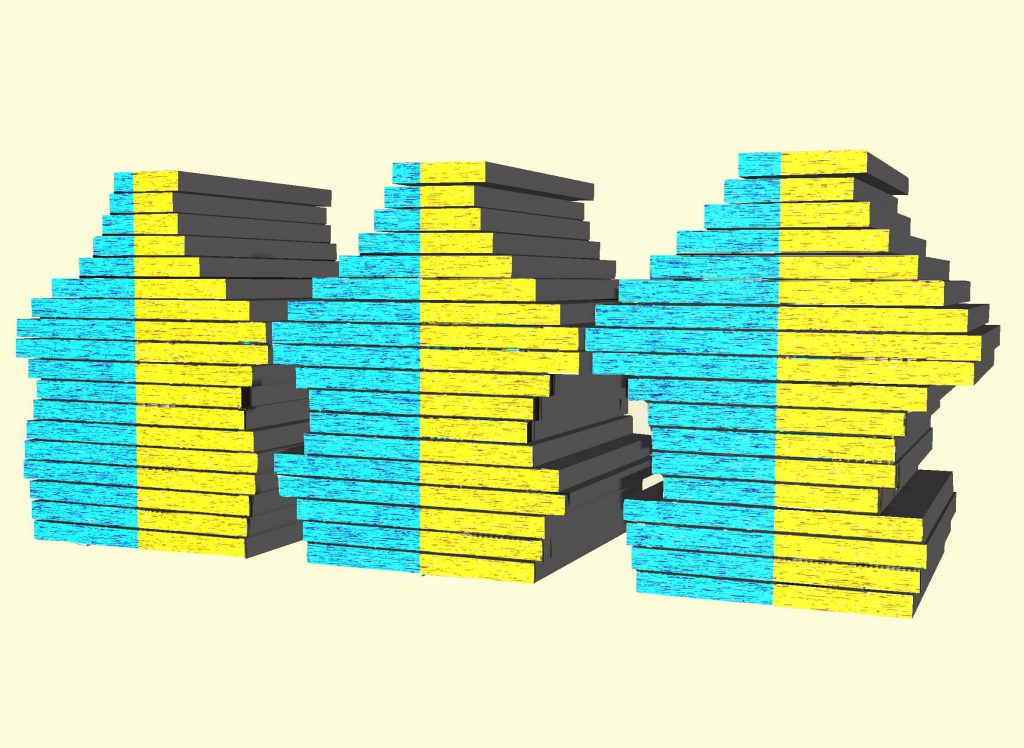 Illustration by Will Cushman; image via UW Applied Population Lab

The basic structure of any population — the number of men and women in each age group — can have a profound impact on social and economic conditions in a place.

Wisconsin’s population structure is dominated by the magnitude of the baby-boom generation, and their presence is strongest in rural areas. Population projections suggest that the influence of baby boomers will taper off in metro areas, but remain dominant in rural places for decades to come.

Population pyramids are a type of data visualization showing the number of men and women within different age categories for a specific place and time. This interactive population pyramid presents the numbers for Wisconsin at each decade from 1950 through the most recent census in 2010. It also shows projected populations for 2020, 2030 and 2040. These numbers are influenced by births, deaths and migration that contribute to whether a population is growing or shrinking.

Wisconsin through the decades

In 1950, the overall shape of Wisconsin’s population pyramid looked a little bit like a pyramid, in a pattern that describes a modestly growing population. A time when population growth was low is visible among 15-24 year olds, a reflection of low birth rates and high infant mortality during the Great Depression.

The leading edge of the baby boom is visible in the large number of people in the youngest age group, 0 to 4 years old, who represented over 5% of the total population of Wisconsin in 1950. By 1960, the baby boom was almost complete, and is strongly evident in the wide base of the pyramid. In every subsequent decade, the baby-boom generation is represented by the set of relatively wide bars advancing up through the age categories as they grow older.

In 1990 and 2000, it’s possible to see what demographers call the “echo” of the baby boom. A relatively large cohort of children was born in the 1980s and 1990s when the baby boomers themselves were in their peak childbearing years. Although the total birth rate did not increase during that time, the sheer number of baby boomers having children created a large cohort — a group often dubbed millennials.

The projected population for 2020 and beyond shows baby boomers as they age into retirement and the oldest age categories.

This large cohort has had an important role in shaping Wisconsin’s economy and society since their birth, and will affect the future of the state as they continue to age. They were children in the 1950s and ’60s, teenagers in the ’60s and ’70s, and entering college and the workforce in the ’70s and ’80s. They were having children of their own in the ’70s through ’90s, making choices about the homes to rent or buy and schools to send their children. Today, they are reaching retirement and becoming grandparents to another generation. Over the next few decades, many baby boomers will retire, downsize and move, and ultimately face health declines accompanying old age.

Examining the 2020 and other future projections hints at another broad trend: the departure of younger people from Wisconsin. Although the echo of the boom was heard in Wisconsin, millennials and younger generations are far more likely than their predecessors to leave the state in favor of other destinations as they reach adulthood.

By 2040, Wisconsin’s projected population pyramid looks strikingly columnular, with nearly the same number of people in each group across every age. This distribution will have important effects on what’s called the dependency ratio, economy, politics, health care, housing, transportation and just about every other aspect of life in Wisconsin.

The pattern for Wisconsin as a whole obscures some important differences in how its population structure has evolved, and will continue to evolve, in three different types of counties: metropolitan, micropolitan, and non-metropolitan (or rural).

The metro counties, as a whole, tell a story that is similar to that of Wisconsin overall. In contrast, the population pyramid for non-metro counties highlights some differences. First, looking back at decades past, the “waist” produced by the birth rate decline of the Great Depression and World War II is much more pronounced. The baby-boom generation is just as strong in rural places as in metro places, and the echo of the baby boom is also just as distinct.

However, the departure of millennials from rural places is very striking. As the decades advance and march forward into the projected pyramids for 2030 and 2040, an inverted pyramid shape emerges — with many more people in the older ages than the youngest ages.

An inverted pyramid matches up to social and structural issues that Wisconsin’s rural counties are already beginning to grapple with: declining school enrollment, increasing demand and decreasing supply for physicians and other healthcare professionals, and contracting economies.

Generally speaking, Wisconsin is older than that of the United States as a whole, and many other individual states. The relative age of Wisconsin’s population is due to the continued strong presence of the baby boomers, with few working-age people moving to the state. Wisconsin is projected to continue trending older over the next few decades, especially in its most rural counties. However, in Wisconsin’s metro counties, the current age structure and projected population are similar to other places where people move for work. These trends have important implications for life in urban and rural places alike.

How Wisconsin’s Past And Present Population Will Shape Its Future was originally published on WisContext which produced the article in a partnership between Wisconsin Public Radio and Wisconsin Public Television.

One thought on “Wisconsin Is Getting Old”