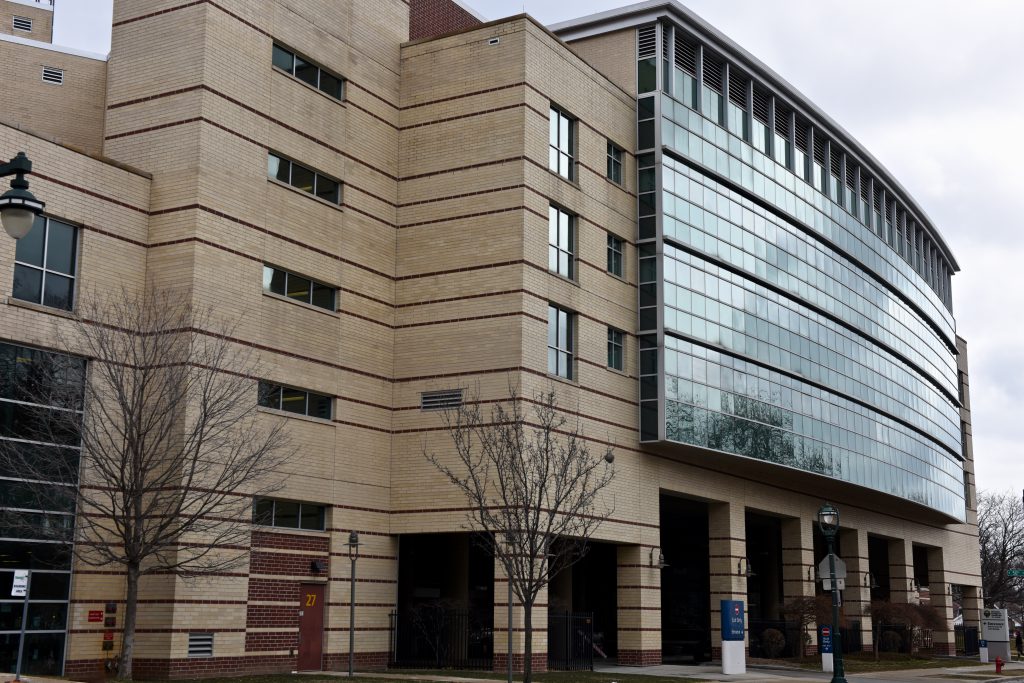 St. Joseph Hospital was acquired by Ascension when it merged with Wheaton Franciscan in 2015. Photo by Sue Vliet/NNS.

The St. Joseph Accountability Coalition is asking Ascension St. Joseph Hospital to sign a legally binding agreement not to cut surgical and in-patient services at the North Side facility.

The move comes after an April 2018 announcement by the hospital that it intended to make such cuts and a subsequent “pause” after an outcry from public officials, other hospitals and residents.  (Here’s an explainer on some of the issues involved.)

The coalition of seven community and labor union organizations joined together to advocate for the community’s interests. It wants Ascension Healthcare, which acquired St. Joseph hospital from Wheaton Franciscan, to sign a Community Benefit Agreement “to commit its considerable resources to a genuine community partnership that will keep the hospital open, improve health equity and health outcomes, and help revitalize Milwaukee’s north side,” according to a news release.

When asked about the coalition’s demands, Reggie Newson, chief advocacy officer for Ascension-Wisconsin, said in an interview:  “We’re held accountable right now in terms of our ability to deliver on our patient care. Certainly patients, the community, consumers and regulatory bodies at the federal level are holding us accountable.”

He added the Affordable Care Act requires nonprofit healthcare companies to survey, rank and report on their communities’ healthcare needs in a Community Health Needs Assessment every three years. They must then make an improvement plan and address how they will put the plan into effect. 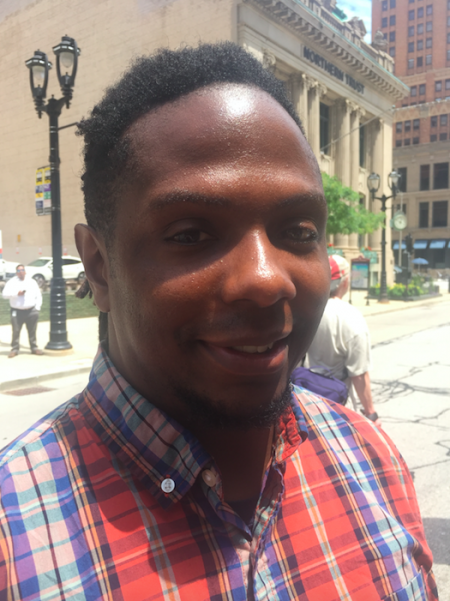 Nate Gilliam is a member of the St. Joseph Accountability Coalition.(Photo by Andrea Waxman/NNS.

Community Benefit Agreements emerged a decade ago as a tool to help participants achieve advance agreement on how some of the benefits of economic development projects will be shared, according to the Federal Reserve Bank of Minneapolis website.

As a precursor to drafting the agreement, the coalitionis conducting its own survey to gather input on the community’s vision for the future of St. Joseph Hospital, said coalition member Nate Gilliam, an organizer with Wisconsin Federation of Nurses & Health Professionals.

The survey asks respondents about their health history and experience with St. Joseph and to choose their top three priorities from a list of medical, mental health and social services.

So far, the coalition has gathered more than 250 completed surveys, Gilliam said, with the goal of having 1,000 by the end of August.

The coalition will use the results to design the agreement, Gilliam said.

Newson said Ascension-Wisconsin looks forward to the coalition sharing the information it gathers. Noting that he believes “there won’t be much daylight between our identification of the needs of the community and what they come up with,” he said if the survey brings up important issues, Ascension will work to address them.