How Ryan “Sold His Soul” to Trump 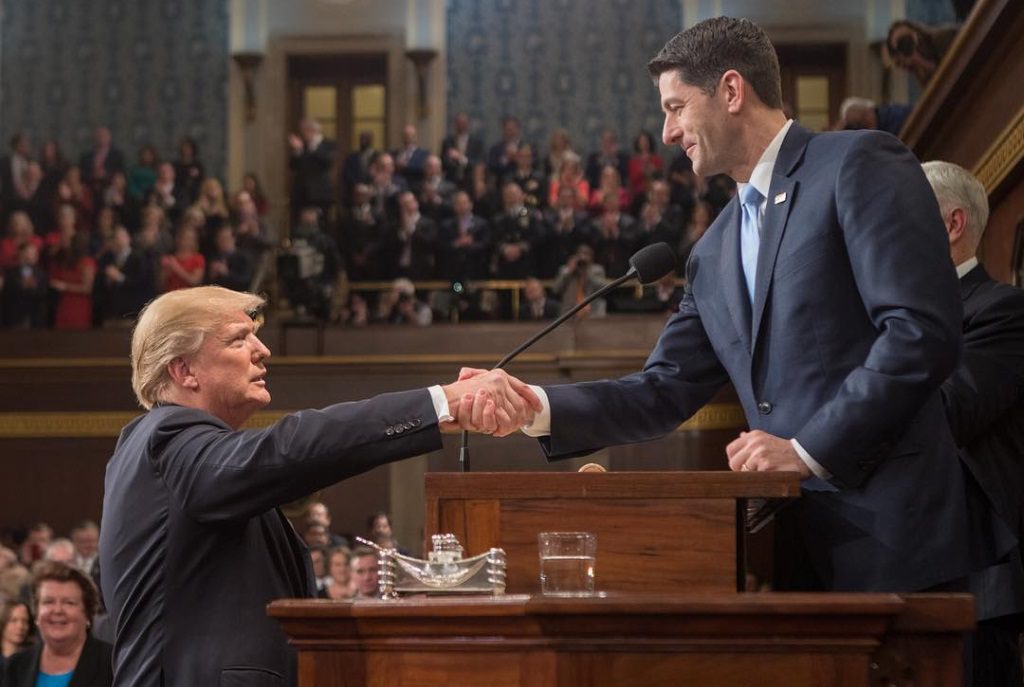 A fascinating new book traces the political and personal journeys of former Wisconsin Congressman Paul Ryan, the Janesville native son, 2012 Republican candidate for vice president and only U.S. House speaker from Wisconsin, over his last seven controversy-filled years in Washington.

American Carnage by Tim Alberta, chief political correspondent for Politico magazine, answers questions Wisconsin residents may have about the evolution of Ryan from policy and numbers wonk, and deficit hawk, to the embattled US House leader who chose to retire in 2018 at the age of 48.

Alberta interviewed Ryan, who rarely speaks publicly about his years at the apex of Washington’s political, policy and personal knife fights and the emergence and election of President Trump.

Why did 2012 GOP presidential nominee Mitt Romney pick Ryan as his running mate?

Alberta writes: “Romney…had told confidants that he was prepared to be unpopular for the first two years of his presidency because of the cuts he hoped to make – cuts that Ryan, as his junior partner, could help design and pass into law.”

What was Ryan’s experience after retiring Speaker John Boehner convinced him to take a job Ryan never wanted?

Ryan was struggling to make sense of his new job. Everything had been so much easier when he was in the policy business: numbers, legislative text, committee hearings. Now he was in the personnel business. And while he had some appreciation for the challenges [Boehner] had faced, the scope of instability inside the [Republican] conference, and party, didn’t fully dawn on him until he moved into the Speaker’s suite.

Ryan was miserable from the very start. He had given up his dream job chairing the Ways and Means Committee. He was refereeing near-daily disputes among various factions inside the conference. He likened himself to a prisoner some days and other days to a teacher at a day care center.

How uneasy was Ryan as Trump emerged as the party’s nominee for President?

Paul Ryan stewed. This wasn’t what he had signed up for…. Ryan never, ever, took seriously the prospect of the reality TV star winning his party’s nomination. Everything Ryan knew about politics told him that wouldn’t happen…

Everything he had done, including accepting the promotion to Speaker, had been in service of softening the GOP’s brand to reach a broader swath of a diversifying nation… Trump was dashing those dreams.

Ryan’s warnings about Trump – that he was exploiting voters’ fears, that he was using ‘identity politics’ to turn working-class whites against brown and black Americans; that he was ethically bankrupt and dangerously divisive – were shared by his peers in the governing class. But the Republican primary voters felt differently.

How did Ryan respond when Wisconsin, Michigan and Pennsylvania voters elected Trump?

He faced a legacy-shaping decision that night: Stay true to himself and step down as Speaker, or muzzle himself and serve alongside the new President. It was not a difficult choice. This was Ryan’s chance to actually achieve the things he had spent decade fantasizing about…Even if that meant accommodating behavior from a Republican president that would never tolerate from a Democrat.

Why did Ryan support the tax-reform act that worsened the federal deficit he came to Washington vowing to control?

Ryan felt an urgency unlike any in his career. For the past quarter century…his dream had been to rewrite the tax code. However imperfect, this legislation represented their best chance in three decades to do so…

The Speaker knew that his legacy was on the line…For the past year, he had justified his silence in the face of Trump’s behavior as means to an end…Ryan restrained himself…Yet this was a profoundly naïve perspective…

The Speaker simply could not afford to let tax reform fail…for Ryan, in the fall of 2017, there were only two things worth thinking about: tax reform and retirement.

He was sick of Congress, tired of spending five days a week away from his family, and most of all fed up with babysitting Trump…

How did Ryan’s 20 years in Congress end?

The Speaker’s career was unfolding like a play in three acts. The first, from his election to Congress in 1998 until his vice-presidential run in 2012, starred the pushy ideologue.

The second, from that 2012 campaign until Trump’s victory…featured a more season, mature legislator who sought compromise where necessary and felt obligated to enhance the part’s image.

The third act, from Trump’s election until Ryan’s retirement…would not offer the happy ending he had envisioned. His legacy would be defined by the fulfillment of a Faustian bargain in which he sold his soul to Trump in exchange for policy wins.

The tragedy was, in the eyes of Ryan’s friends, that those wins, from tax reform to the omnibus [tax code] bill, weren’t remotely worth the damage to his reputation.

One thought on “The State of Politics: How Ryan “Sold His Soul” to Trump”