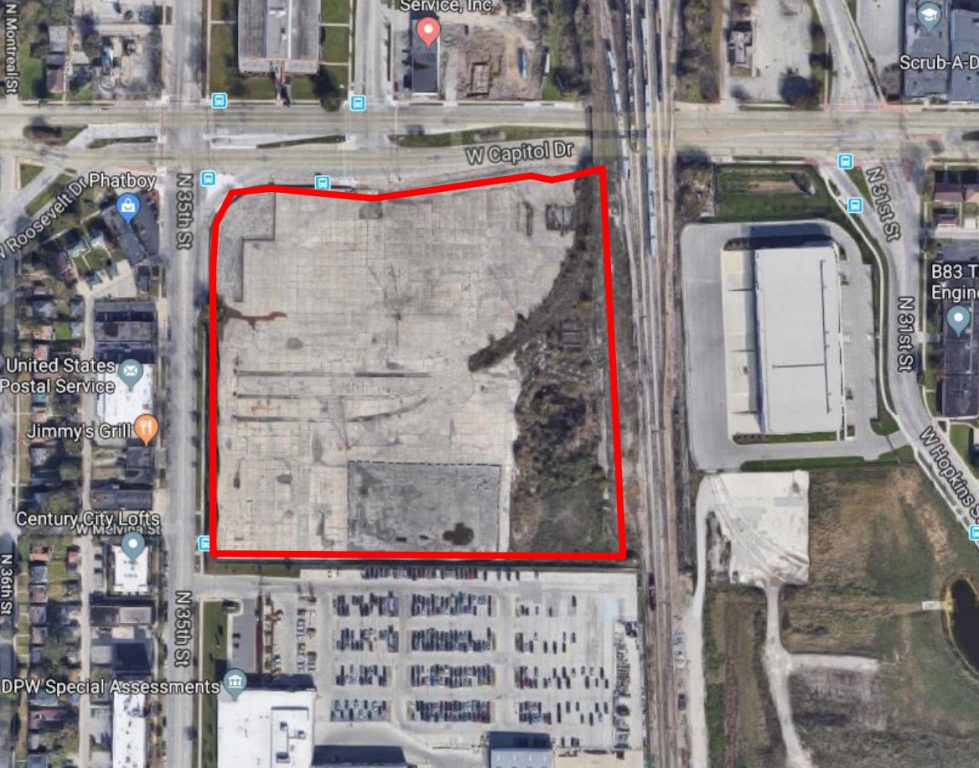 The city, through the Redevelopment Authority of the City of Milwaukee (RACM), is moving to acquire the last parcel owned by a Tower Automotive entity in Century City.

RACM would acquire the 13.72-acre parcel at 3940 N. 35th St. for $250,000, but $125,000 of the needed funds would come from the 30th Street Industrial Corridor Corp. business improvement district. RACM is funding its portion with retained proceeds from the sale of federal New Market Tax Credits.

The site, long known for storage of auto body frames, is located along W. Capitol Dr., just west of the Canadian Pacific-owned railroad tracks and the recently-sold Century City I industrial building.

“Terrific job with the negotiation. Why such a cheap land price for 13 acres?,” asked RACM board member Bill Schwartz at a July 18th hearing. The property is assessed for $543,400.

RACM project manager Benji Timm said the property was previously listed for approximately $1.6 million, but the price has fallen in recent years as the company has sold off its former manufacturing campus.”There has been some development interest over time. I’m not sure why it hasn’t happened,” Time noted.

There is known environmental contamination on a corner of the site, which Timm referred to as a “pickle liquor lagoon.” The pond was used to store sulfuric acid. “It’s not that uncommon, actually,” said Timm.

“Part of our intention is to deal with that,” said Timm of the city’s plan for the property. Ultimately the city will seek to develop the site.

“We’re only about five years into the development potential for the east side” of the Century City site, Timm noted. The city has invested millions in clearing the site for development, but to date has struggled to attract long-term tenants. Good City Brewing recently acquired the Century City I building (built on speculation by the General Capital Group real estate company in partnership with the city) for less than the cost to build it.

The parcel and others around it could be used to create a better connection across W. Capitol Dr. for pedestrians and cyclists, Timm told the board. Easements were included in the land sale agreement for Century City I to access the railroad bridge as a means to get people across one of Milwaukee’s most dangerous streets.

The Common Council’s Zoning, Neighborhoods & Development Committee approved the land purchase without discussion. The deal must next be approved by the full council.