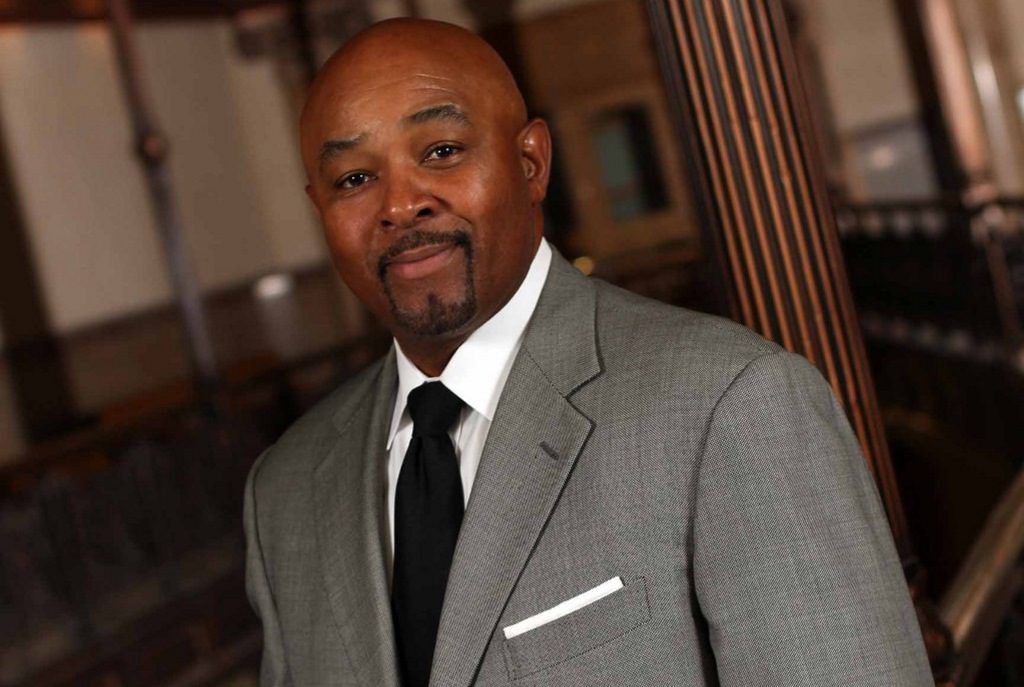 In a WisconsinEye interview, Cole called for action to confront groundwater contamination, replace lead-lined pipes that bring water to homes in 130 communities, a return to science-based decisions, and for Wisconsin to lead on handling climate change.

A former Milwaukee city official with a college degree in forestry management, Cole is running DNR while he waits on the state Senate to confirm him. Democratic Gov. Tony Evers tapped him to run DNR, but former Republican Gov. Scott Walker appointed him to DNR’s governing board in 2007.

“Individuals using private wells aren’t testing their wells. Only about 10 percent [of private wells] are being tested annually. That’s worrisome.

“I implore [private well owners]: Do whatever they have to do to test their well water on an annual basis. There’s a lot at stake with regard to public health.”

Yes, Cole conceded, it can cost homeowners hundreds of dollars to test their wells. “We know people can’t pay for it,” Cole said, so state and local officials must develop a “plan of action” that helps homeowners share that cost.

With nitrates, arsenic and other contaminants that couldn’t be measured only a few years ago – the industrial byproduct PFA, which is increasingly being found in groundwater in northeast Wisconsin, for example – there is “way too much at stake.”

Cole praised the state Department of Health Services for setting a new standard – 20 parts per trillion – for PFAs. That’s equal to four drops of PFA in an Olympic-sized pool — “but those four drops will do harm to anybody,” Cole added. It’s also lower than the U.S. Environmental Protection Agency (EPA) standard of 70 parts per trillion.

Concentrated animal feeding operations, or CAFOs, are another concern of Cole’s. He noted that over the last eight years, 110 new, huge commercial farms were begun in Wisconsin and about two-thirds of them were located in only two or three northeast Wisconsin counties where tests have confirmed increasing groundwater contamination.

Allowing that number of CAFOs in one region failed the “common sense” test, because soil and rock formations in that area “leak like a sieve,” Cole added.

Although legislators considered moving regulation of CAFOs from DNR to the state Department of Agriculture, Trade and Consumer Protection, Cole said EPA expects his agency to continue to regulate them.

Reversing a Walker Administration policy, Cole also said DNR scientists will present their findings on these important issues to legislators. “We will give legislators the science behind what they are debating,” Cole vowed.

On the issue of lead laterals connected to homes in cities like Milwaukee,  Evers recommended borrowing $40 million to help homeowners statewide replace water lines in some 130 municipalities in the state.

Republican legislators killed that plan, however.

One Republican, Rep. David Steffen, said Green Bay replaced all its lead-lined laterals without relying on state help. Milwaukee and leaders of other cities should follow that example, Steffen added.

But Cole said lead is especially harmful to children under six and pregnant women.

On the issue of climate change, Cole said: “It’s real.”

“Scientists are seeing extremes that we haven’t seen, as it relates to the environment, and it’s all man-made.”

But what can Wisconsin do to fight a worldwide problem?

Scientists warn that climate change could bring Wisconsin 38 days with temperatures above 90 degrees by 2050, and more than 100 days with those heat waves by 2100, Cole said. That would destroy Wisconsin’s “ecosystem,” Cole said.

“It’s going to put our economy upside down.”

One thought on “The State of Politics: New DNR Head Has Agenda of Change”