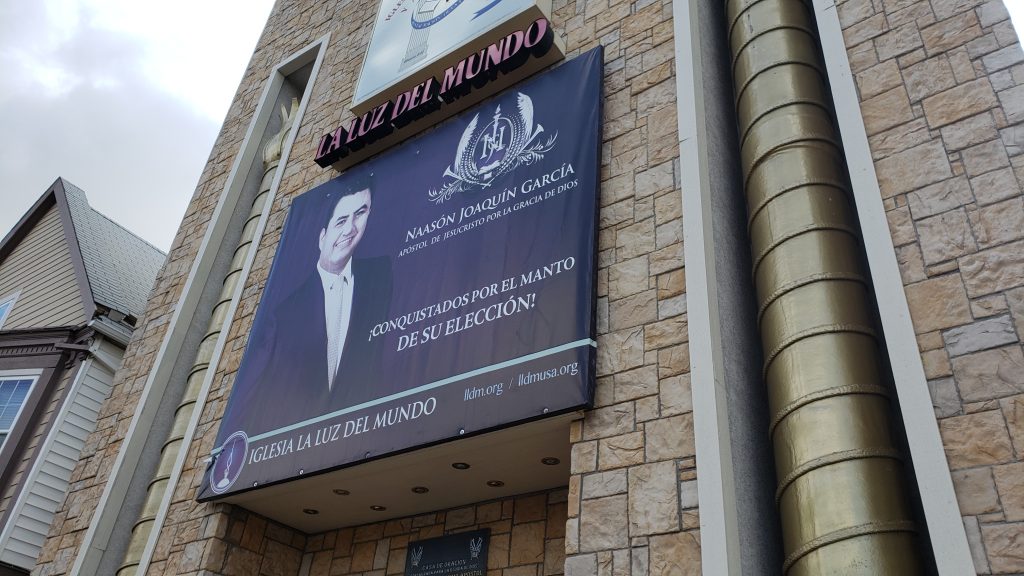 South Side residents are expressing outrage about two huge banners in their neighborhood that feature the likeness of a religious leader who has been arrested and charged with child rape and human trafficking.

Naason Joaquín Garcia, the leader of La Luz Del Mundo, a Mexico-based religious organization with more than 15,000 churches in Latin America and the U.S. was arrested and charged last month in California with more than two dozen crimes, including child rape and human trafficking.

Two huge banners feature his likeness, one hanging on the front of La Luz Del Mundo Church, 1316 S. Cesar E. Chavez Drive, and another from the side of the building housing La Luz Del Mundo Family Services, 1570 W. Greenfield Ave. 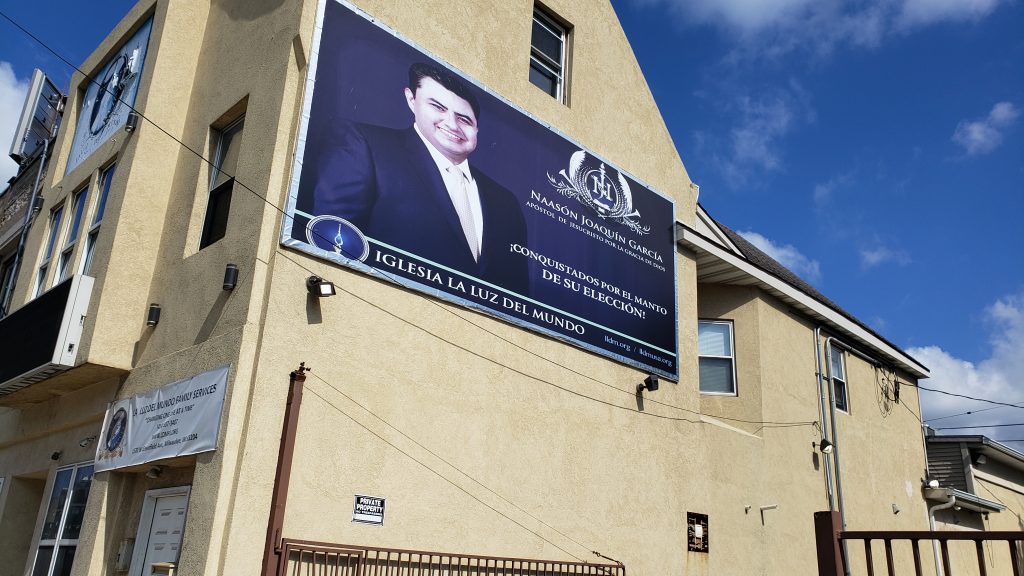 Reactions to a Facebook post call for the removal of the large banner, which features a smiling Garcia and hangs above the main entrance to the church. They range from threats to take it down to calls for elected officials to become involved.

“That picture has got to go. It’s an insult,” read one comment. “A disgrace to the community,” read another.

Others defended the church’s decision not to remove the banner.

“Freedom of religion; let them be,” wrote one person.

The post has been shared more than 280 times on Facebook. Garcia became the leader of the church with an estimated following of more than 1 million people after the death of its first leader and founder in 2014. A federal investigation into Garcia’s alleged crimes began in 2018, according to news reports, and led to charges alleging dozens of sex crimes, including child pornography, child rape and human trafficking. He is being held by authorities in California on $50 million bail.

The Milwaukee chapter of the church issued a press statement Thursday afternoon that said Garcia has been falsely accused.

“He is detained but is innocent,” read part of a statement from the church in Spanish.

The letter states that La Luz Del Mundo Church has served Milwaukee for more than 30 years and has over 300 congregants. The statement also compared the charges against Garcia to the false persecution of Jesus Christ.

The church’s International Ministry released a press statement in late June stating that the allegations against Garcia were offensive, irresponsible and false.

The popular church has a good standing in the community and there is no reason to believe that Garcia has ever visited it. Mayor Tom Barrett proclaimed August 14, 2016, as La Luz Del Mundo Church Day in Milwaukee. In 2013, the church opened La Luz Del Mundo Family Services, a violence prevention and intervention center.

It does not appear as if church officials have any plans to remove the banner, but South Side resident Ricardo Jimenez said he hopes leaders change their minds.

“A man that used the name of God to take advantage of families and kids … It’s disgusting,” Jimenez said.” “Milwaukee can do better. We need his banner and his face off all these posters.”