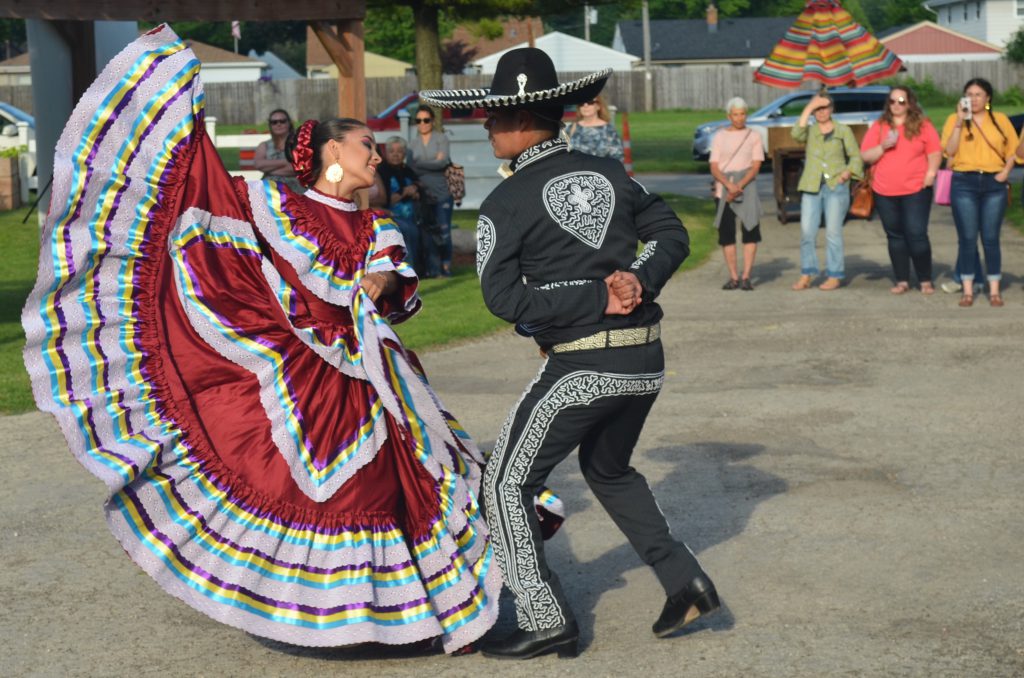 The city’s schedule of summer festivals just keeps growing. Last weekend Milwaukeeans gathered to celebrate the 112th birthday of Frida Kahlo, one of Mexico’s most beloved artists, at Frida Fest MKE, sponsored by and located at the The Farmhouse Paint and Sip, at 4511 S. 6th St. Kahlo, born in 1907, died in 1954, and her legend has grown since then.

Kahlo captivated the world through her frank depictions of her life and pain, as chronicled by fridakahlo.org. She lived through both polio and a bus accident that left fractures throughout her entire body. She was known for her dramatic self-portraits and also incorporated the art and iconography of Mexico in her art.

Frida Fest welcomed artists inspired by the works of Frida to sell their art at the fest. Guests could also partake in painting classes inside the Farmhouse and Latin dance classes by Studio 611 outside. Traditional Mexican music and dance was also featured. One of the last events for the two-day fest was a Frida lookalike contest.

Summer Morrison, an artist featured at the fest, wrote a children’s book incorporating art and inspiration from Frida’s work. She told Urban Milwaukee that Frida inspires her every day and the thing she likes the most about Frida is her vulnerability.

“Today with Instagram, you are putting out your most perfect self… she actually showed what it was like to be Frida,” Morrison said. “You could feel her vulnerability. So she inspires me to let loose a little bit and be me and own it and not give a bleep about what anyone thinks.”

The Farmhouse contacted Cecite Jede to sell her art at the fest because she specializes in artwork inspired by Frida which she mixes with Day of the Dead-inspired art. She has been a fan of Frida since she was 15.

“It’s part of my culture, so it’s something that I think I have to make in my art,” said Jede when asked how she was inspired by Frida. “I’m really happy that people are getting more interested in my culture and that makes me feel more a part of the city.”

8-year-old Gabriella Mancuso was at the fest to promote her upcoming show at No Studios, “Medusa Jr,” on August 23-25. The show is about the life and times of six pioneering women. Not only did Mancuso create and help produce the show, but she is also playing the part of Frida.

Mancuso told Urban Milwaukee that No Studios had a show called “Medusa Monologues” for young women, but she thought they could produce the show for children, which led to “Medusa Jr.” She said the process has been fun but stressful. Mancuso said Frida inspires her because she wants to be an artist like her and they both love flowers.

See all the fun in our photos: 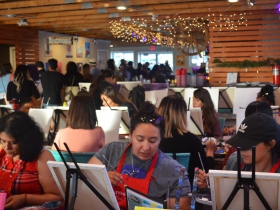 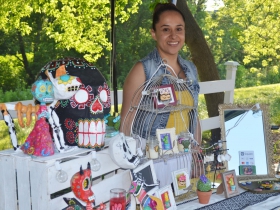 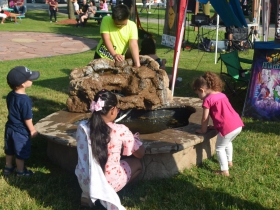 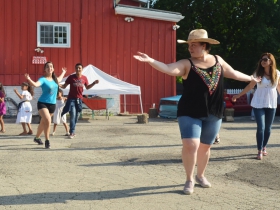 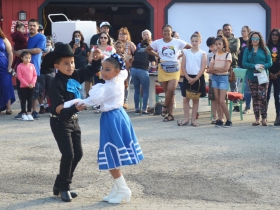 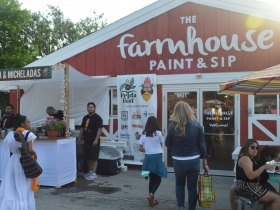