Why the Minimum Wage Won’t Rise

It's all about the stories we’re told and who is getting paid to tell them. 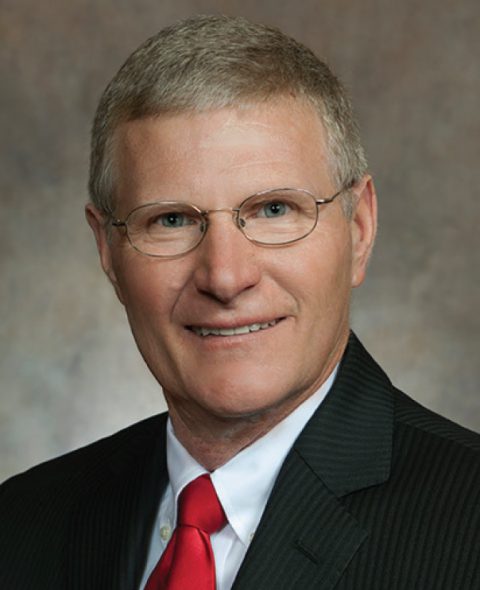 America’s new heroes are entrepreneurs like the late tech titan Steve Jobs. And no one is doing more of that hero worship than Guy Razz on National Public Radio, whose show How I Built This “weaves a narrative journey about innovators, entrepreneurs and idealists—and the movements they built,” according to the NPR website.

The idea that creators of new companies are building a movement seems a bit grandiose; is a new hamburger franchiser really doing anything more than finding a better way to sell fast food? Often what’s at the end of the rainbow for the entrepreneur is selling the company and making a ton of money, which Raz will marvel over. “Raz insists that he is not trying to glorify money, even if his show occasionally does just that,” as a New York Times profile of him notes.

And you never seem to hear about the workers for these hugely successful companies and what they contributed to the “movement,” much less what they were paid and how much they benefited when the business was sold. Average workers simply aren’t glamorous.

So it was uphill sledding for Democratic Gov. Tony Evers when when he attempted to increase the minimum wage in Wisconsin. His proposed budget would have hiked it from $7.25 an hour to $10.50 by 2023, and create a task force to look at eventually increasing the wage to $15. Republicans, though it would benefit so many of their constituents, quickly removed this item from the budget.

One outspoken opponent, State Sen. Howard Marklein (R-Spring Green), told the press his career started when he did farm work for $5 a day. Really? That would be less than 63 cents an hour. Either he was a young boy at the time or he was working back in the Depression. Marklein, alas, did not respond to Urban Milwaukee’s request for more information about this remarkably low paying job.

Rep. Shannon Zimmerman (R-River Falls) said he used to be a minimum-wage earner and had the wage been higher, “what incentive would I possibly have had to improve?” Which I guess means he’d be satisfied if we paid him just the princely $10 per hour Evers has suggested.

It’s all part of the stories we’re being told, that seem to include no concern for the working poor. Wealthy conservatives like the Koch Brothers have spent money on campaigns to convince Americans the minimum wage should be abolished.

In Wisconsin the Badger Institute can be relied upon to release reports showing a hike in the minimum wage is a terrible idea. Formerly known as the Wisconsin Policy Research Institute, the group has received at least $14.2 million in funding from the conservative Lynde and Harry Bradley Foundation including $375,000 in 2018, as the liberal Center for Media and Democracy (CMD) has reported.

The Badger Institute’s “policy brief” of April 2019, timed to throw maximum shade on Evers’ proposal, and entitled “The High Cost of Increasing the Minimum Wage in Wisconsin to $15,” warned this would lead to more than 350,000 Wisconsin workers losing their jobs. First, it’s worth noting that Evers proposed only a $10.50, not $15 minimum wage. Secondly, 350,000 lost jobs is an astonishing figure, given that a new study by the non-partisan Congressional Budget Office found a $15 minimum wage would result in 1.3 million lost jobs for the entire nation. The Badger Institute’s estimate suggests the real figure for lost jobs for America should be 19 million.

Yes, that’s hard believe, but the The Koch-funded Washington Free Beacon and the Franklin News Network, which is funded by the Bradley Foundation, have done their best to spread the news of this thunderous report. Franklin has been praised by Bradley as an “effective” and “valuable partner” in the state, the CMD reports, leading the foundation to give Franklin $975,500 between 2010 and 2016.

The CBO report, released Monday, concluded a $15 minimum wage would boost the wages of 27 million Americans, creating a massive gain for the country’s lowest paid workers. As for a $10 minimum wage, slightly less than what Evers proposed, the CBO projected the result would be an increase in wages for 3.5 million workers, with no loss of jobs. In short, the Badger Institute’s gloom-and-doom report is just a story to tell, like Marklein’s tale of ennobling farm labor.

The idea that any jobs would be lost today, even with $15 minimum wage, is difficult to swallow, given the historically low unemployment rate and the fact that companies across the country are having problems finding workers. You might think companies would simply raise wages to attract those workers, and some have, but today’s corporate executives are rewarded for cutting employment and resisting wage hikes.

That would help explain why CEO salaries have been rising at an insane rate in the last 40 years while average pay — and the minimum wage — have actually declined in real dollars. Back in 1979, the top paid executive in America, Lee Iaccoca, earned $1.2 million. By 2018 the top paid executive, according to the New York Times’ annual report, was Elon Musk of Tesla, whose total compensation was $2.3 billion or 1,916 times more than Iacocca’s salary.

Yes, the Musk salary was a bit off the charts, so let’s go with the second highest paid executive, David M. Zaslav of Discover Inc., whose payout was $129 million, about 108 times more than Iacocca. Had the federal minimum wage of 1979, which was $2.90, risen at the same rate, it would now be $311.75 an hour. None of which is being reported these days by the Milwaukee Journal Sentinel, which ended its annual roundup of executive pay for state CEOs years ago.

As the Economic Policy Institute reported, we have now hit the longest period in history without an increase in the federal minimum wage. “The last time Congress passed an increase was in May 2007, when it legislated that the minimum wage be raised to $7.25 per hour on July 24, 2009. Since it was first established in 1938, Congress has never let the minimum wage go unchanged for so long.”

“Since its historical peak in February 1968,” the EPI noted, “the federal minimum wage has lost 31 percent in purchasing power—meaning that full-time, year-round minimum wage workers today have annual earnings worth $6,800 less than their counterparts five decades ago.”

Despite the stories being paid for by conservatives like the Kochs, most Americans still believe the minimum wage should be increased. Indeed a survey commissioned by the Koch Brothers found just 28 percent of Americans opposed a $15 minimum wage.

Across the nation, “29 states, the District of Columbia, the Virgin Islands and Guam have set wage standards higher than the federal minimum,” as NPR has reported. “Seven states and the District of Columbia are on track to increase their wage minimums to $15 in coming years.” Oddly, we haven’t heard about workers losing their jobs in these states as a result. All the news is about jobs added.

Wisconsin, increasingly, has modeled itself after southern and Rocky Mountain states, who oppose policies that might help the working poor. And it’s not because voters in the state support this. The April Marquette Law School poll found 57 percent of respondents support increasing the minimum wage in Wisconsin, while 39 percent oppose this.

Research cited by the Washington Post found that “on average, state minimum wages are set at a level approximately two dollars per hour lower than the wage state residents would prefer.”

“The researchers characterize the resulting gap as a policy bias: the difference between what voters prefer and what legislators enact. In all 50 states, this bias runs in the same direction: toward policy that is more conservative than the public’s desire.”

But the gap “between voter preferences and actual minimum wage policy was smaller in states that allow citizens to put legislation on the ballot,” researchers found. “The magnitude of the conservative bias is $0.90 less in states with access to direct democracy, compared to a baseline of $2.56 in the rest of the states,” the study found.

Wisconsin, of course, doesn’t have direct democracy, where a resolution passed by voters can become law. It is also one of the nation’s most gerrymandered states, where Republicans in safe districts can resist a popular policy like a minimum wage hike while telling us war stories about the poverty wages they once earned. They suffered once and succeeded, you see, and you can, too.

One thought on “Murphy’s Law: Why the Minimum Wage Won’t Rise”