Too Many White Male Critics?

Former JS critic gets cited in controversy. And MOWA buys a Uttech painting. 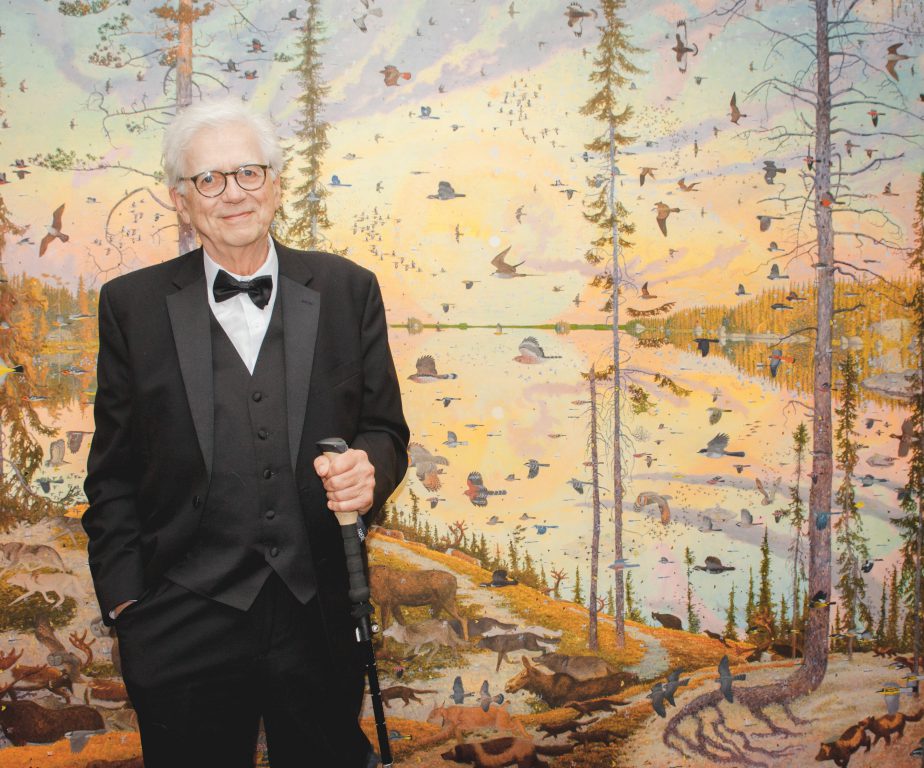 Milwaukee has a vibrant visual art scene with lots of artists, galleries and museums, but no one to capture the scene. So Urban Milwaukee has decided to try to fill that void. On a weekly basis we will be offering a roundup of what’s happening. (And if you have items of interest about the Milwaukee art scene, send them to info@urbanmilwaukee.com.)

This week the highest-talk item is probably the New York Times Sunday’s opinion story arguing that white male critics are far too dominant in coverage of art in America. To buttress their point the two writers cited a survey of 300 visual art critics nationally by former Milwaukee Journal Sentinel art critic Mary Louise Schumacher, who found that the six most influential art critics in America, as selected by those 300 critics, were all white.

“The field of arts journalism remains mostly white,” Schumacher wrote in a story for Nieman Reports in March. “Our highest-paid colleagues, the fewer than 20 people who reported making $80,000 or more, are mostly white men.”

Perhaps a bigger issue is the huge decline in the number or working critics. Schumacher’s story noted that her own job was among many eliminated “as media companies continue to shed journalists—about 1,000 in one recent week.”

Schumacher argues that, at a time of political strife, with so many artists focused on issues of race, gender and identity, visual art critics are needed more than ever. “Art institutes are trying to keep up,” she writes. “The movement to decolonize museums, to rethink how work by some groups is presented, has been covered widely, from the New York Times to Teen Vogue to Vice.” 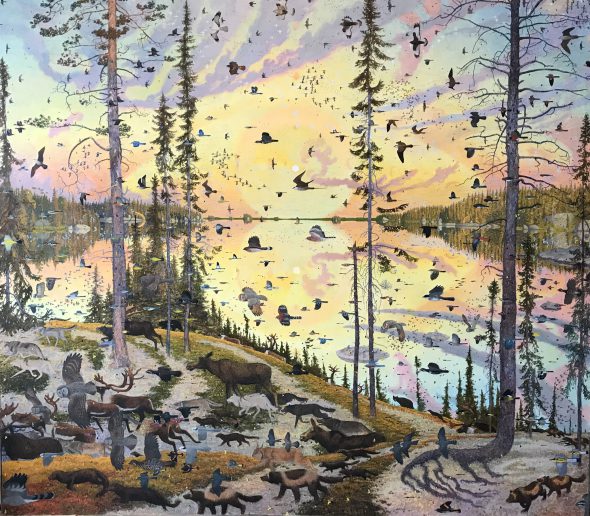 Held June 15, the Art Ball honored Uttech, presenting him with the Hyde Award, an award which “recognizes individuals and organizations for their significant influence on the Museum of Wisconsin Art and the future of Wisconsin Art. Tom Uttech is the first artist to receive the award,” according to the Tory Folliard Gallery, which has represented Uttech for 27 years.

“NIN GASSINSIBINGWE,” (2019, oil on linen, 91”h x 103” w) is a fine example of Uttech’s Migration series paintings, which capture the pristine beauty of Wisconsin’s North Woods and parts of Ontario, Canada. The Migration paintings celebrate the many birds and mammals that make their way through landscapes mostly undisturbed by humans.

Uttech also pays tribute to the Ojibwe language and culture, giving his paintings Ojibwe titles. Uttech’s paintings have been acquired by several prominent US museums, including The Smithsonian and Crystal Bridges.

–Transatlantic Intercom: Georg Frauenschuh and Sean Heiser, will open Friday at Real Tinsel Gallery. An opening reception will be held in The Grotto, the gallery’s lower level.

-Opening Saturday July 13, The Frank Juarez Gallery will present its latest exhibition, “SPARK: A Material Studios Exhibition,” which features the work of Clare Jorgenson, Pamela Anderson, Nina Ghanbarzadeh, Nirmal Raja, Bela Roongta, and Alan Thompson-Wallace. While creating their art for the exhibit, the six Material Studios artists met with curator Barbara O’Brien, who promises that “the dialogue between artist and curator will undoubtedly generate surprise and excitement not only for me, but also for and visitors to the exhibition.”

One thought on “Art Scene: Too Many White Male Critics?”